Coronavirus updates: 5 dead and 200 infected in Italy as Europe braces for COVID-19 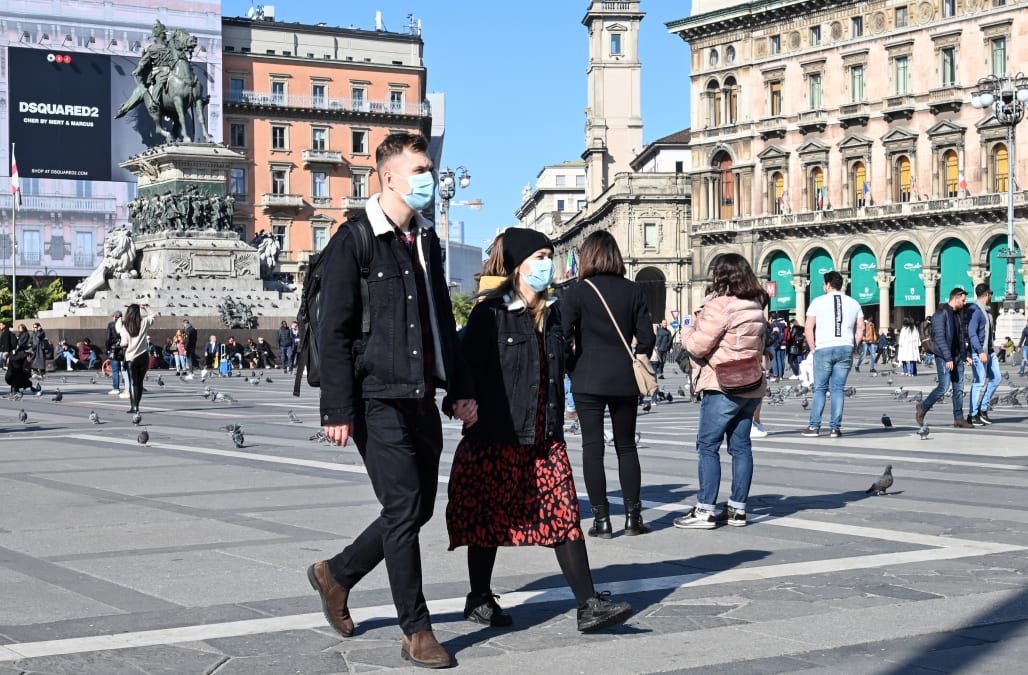 Number of deaths in China nears 2,600

Chinese authorities announced 409 new confirmed cases of the novel coronavirus on Monday, bringing the total number of confirmed cases to 77,150, according to the country's National Health Commission (NHC).

That's down from the 648 new cases reported on Sunday and marks the fifth day in a row with less than 1,000 new cases.

The NHC reported 150 new deaths, an increase that brought the toll since the outbreak began to 2,592 deaths in mainland China.

Meanwhile, the provincial capital of Wuhan, where the virus is believed to have originated, said Monday it would allow people in good health to leave the city if their reason was urgent.

But the city's epidemic control command center later declared that notice null and void. Wuhan has been on lockdown since Jan. 23. — Ed Flanagan, Eric Baculinao and Yuliya Talmazan

Police manned checkpoints around quarantined towns in Italy's north on Monday as authorities sought to contain the novel coronavirus that has made Italy the focal point of the outbreak in Europe.

Nearly a hundred people have been hospitalized and 23 are in intensive care.

The hardest-hit northern regions of Lombardy and Veneto recorded 167 and 27 cases respectively.

As the number of cases in Italy spiked, the country’s stock exchange recorded massive losses, dropping more than four percent at one point.

At least 10 towns in northern Italy, with a population of around 50,000, were locked down Sunday to help stop the spread of the virus.

The government introduced a number of containment measures Saturday and suspended all public events and gatherings and shut down schools, nurseries, museums and other public offices.

Revellers at the famed Venice Carnival were wearing two types of masks Sunday — a protective face mask over their usual colourful, elaborate ones, as the last two days of the carnival were cancelled.

Two more doctors have died after being infected with coronavirus in China, health officials confirmed Monday.

Xia Sisi, 29, was a digestive physician working at Xiehe Jiangbei Hospital in Wuhan. She was admitted to hospital on Jan. 19, and condition deteriorated on Feb. 7. She was sent to another hospital and died Sunday morning.

A statement issued by that hospital called him “an outstanding soldier in white.”

“In view of the current situation of epidemic prevention and control, it was decided not to hold a memorial service,” the hospital said in a statement.

Earlier this month, the country mourned Dr. Li Wenliang who died from the virus after being warned by police for blowing the whistle on the coronavirus outbreak. — Dawn Liu

Health officials in South Korea reported 161 new cases of COVID-19 on Monday, raising the total number there to 763. The spread prompted the government o raise its infectious disease alert to its highest level over the weekend.

Of the new cases, 115 were linked to a church in the southeastern city of Daegu after a 61-year-old woman known as "Patient 31" who attended services there tested positive, according to officials, who also reported the seventh death from the virus.

Meanwhile, South Korea military spokesperson said Monday there were 13 confirmed COVID-19 cases among the troops. A total of 350 soldiers are in isolation, the spokesperson added. — Stella Kim and Nayeong Kim, Reuters

China announced Monday it has postponed its most important political meeting of the year because of the outbreak of the new virus.

The move indicates the importance that President Xi Jinping places on the battle against the virus.

The annual meeting of the National People's Congress and its chief advisory body usually begins about March 5 and runs for more than two weeks, bringing thousands of delegates to Beijing. — The Associated Press

China has banned illegal wild animal trading and consumption of wildlife Monday amid a growing coronavirus outbreak that’s believed to have started at a food market in Wuhan where live animals were sold, according to state media.

Iran’s health officials said 12 people have died from the novel coronavirus as the number of confirmed cases in the country rose to 47 Monday.

Only China has confirmed more deaths from the respiratory illness. Most of the cases have been in Qom, a Shiite Muslim holy city 75 miles south of the capital, Tehran.

Schools, universities and seminaries in Qom were closed on Sunday and Monday to prevent the spread of the virus.

Meanwhile, Kuwait and Bahrain have also recorded their first new coronavirus cases Monday, all involving people who had visited Iran.

Iraqi health officials also said Monday that an Iranian student has been confirmed to have the virus. He entered Iraq before the decision of the government to close the border with Iran.

Afghanistan's minister of public health said Monday one of three suspected cases had been confirmed in the Western province of Herat. He announced a state of emergency in the province, which borders Iran. — Amin Khodadadi and Reuters