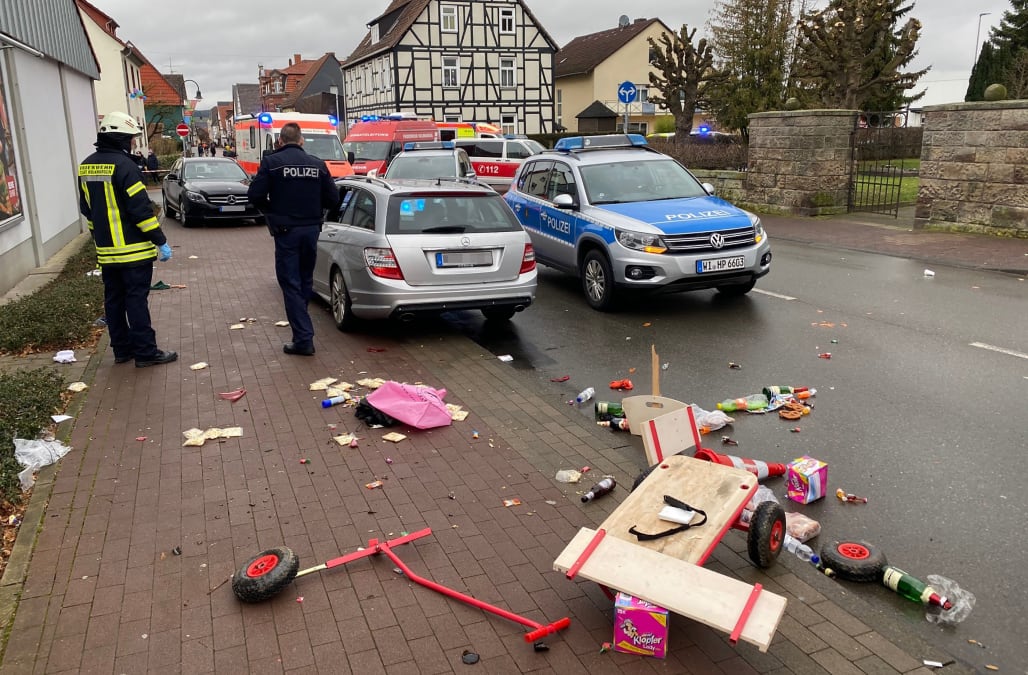 BERLIN (AP) — German police say that dozens of people were injured, several of them seriously when a car slammed into a crowd at a Carnival parade in a small town.

THIS IS A BREAKING NEWS UPDATE. AP’s earlier story follows below.

A car slammed into a crowd at a Carnival procession in a German town on Monday, injuring several people, police said. The driver was arrested, but a cause for the crash wasn't given.

Police told the dpa news agency that no deaths have been reported in the crash in Volkmarsen, about 280 kilometers (175 miles) southwest of Berlin. Police said they couldn't provide a specific number of injuries and they refused to release any details on the driver.

Police told dpa it wasn't yet clear whether the driver had suffered some sort of a medical issue, if there was a mechanical problem with the car or whether the vehicle was intentionally driven into the crowd.

Emergency responders set up a makeshift clinic in a town pharmacy to treat casualties with minor injuries, the regional Frankfurter Rundschau newspaper reported. Witnesses said the car drove around a barrier blocking off traffic from the parade, but that it wasn't yet clear whether the driver intentionally headed toward the crowd, according to the paper.

Video from the scene showed a silver Mercedes station wagon with local license plates and its hazard lights blinking on a sidewalk, while emergency crews walked by. The crash occurred on the south side of the town, outside a supermarket.

The crash came amid the height of Germany's celebration of Carnival, with the biggest parades in Cologne, Duesseldorf and Mainz.

Volkmarsen, which has a population of 7,000, is east of Duesseldorf, near Kassel.

Police in Western Hesse state tweeted that all other Carnival parades in the state Monday were ended after the crash as a precaution.

Police shut down the area to allow emergency crews to deal with the crash. Police said they couldn't immediately provide further details and urged people not to spread “unconfirmed reports."