Bernie Sanders: 'Unfair to say everything is bad' about Cuban revolution 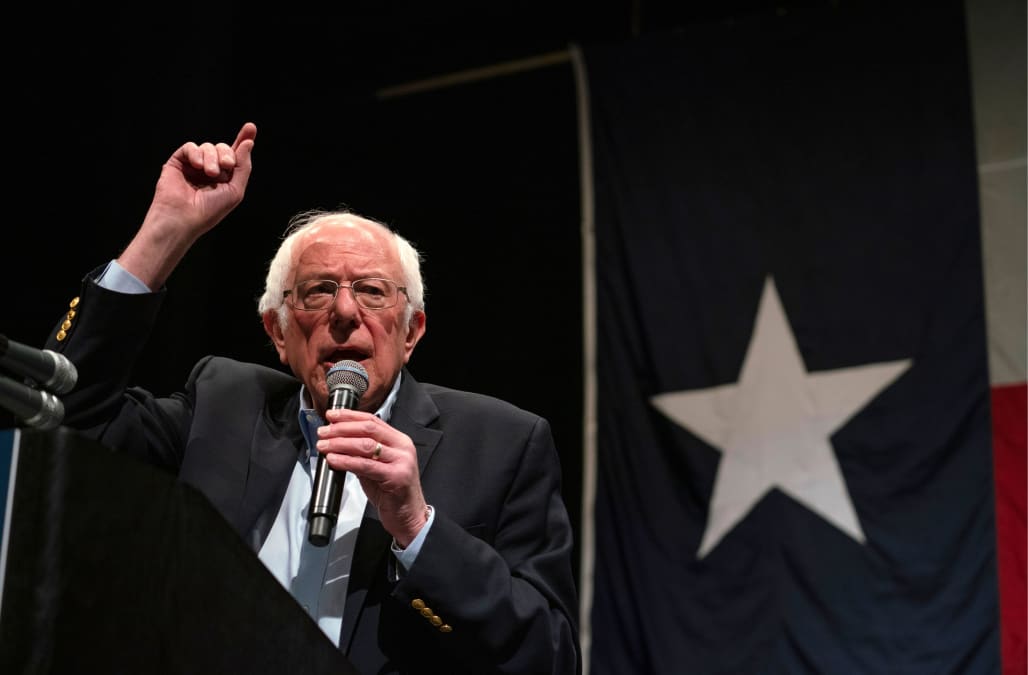 Sen. Bernie Sanders (I-Vt.) refused to condemn everything about the communist Cuban revolution in the 1950s during an interview that aired Sunday on CBS News’ “60 Minutes,” prompting heated criticism from some Cuban Americans and Democrats.

Host Anderson Cooper asked the Democratic presidential hopeful to explain his comments from 1985, in which he called Nicaraguan leader Daniel Ortega a “very impressive guy” and praised some of the social programs implemented by Cuban dictator Fidel Castro.

Ortega’s regime has been accused of violently oppressing anti-government protesters and silencing a newspaper that covered those protests. Critics of Castro, a die-hard socialist who remained in power for nearly 50 years, say he oversaw human rights abuses and crippled the island nation’s economy.

“[Castro] educated the kids, gave them health care, totally transformed the society,” Sanders said in a clip of his 1985 comments shown on “60 Minutes.”

Sanders told Cooper that he’s “very opposed to the authoritarian nature of Cuba,” but said it’s “unfair to simply say everything is bad.”

“When Fidel Castro came into office, you know what he did? He had a massive literacy program,” Sanders said. “Is that a bad thing, even though Fidel Castro did it?”

“That’s right, and we condemn that,” Sanders said. “Unlike Donald Trump ― let’s be clear ― I do not think that [North Korean leader] Kim Jong Un is a good friend. I don’t trade love letters with a murdering dictator. [Russian President] Vladimir Putin: not a great friend of mine.”

Bernie Sanders defends his 1980s comments about Fidel Castro in an interview on 60 Minutes. https://t.co/ySqvQKoiBUpic.twitter.com/lTwuXWp9sA

The comments are likely to further fuel criticisms over Sanders’ position as a self-described democratic socialist, which he defined during the “60 Minutes” interview as using “the federal government to protect the interests of working families.”

His exchange with Cooper echoes comments he made on the 2016 campaign trail when asked about Cuba during a Democratic presidential debate against Hillary Clinton.

Clinton categorically denounced Castro’s regime. Sanders, on the other hand, acknowledged that the country is undemocratic and authoritarian, but expressed hope that the country would change for the better.

“It would be wrong not to state in Cuba they have made some good advances in health care,” Sanders said at the time. “They are sending doctors all over the world. They have made some progress in education. I think by restoring full diplomatic relations with Cuba, it will result in significant improvements to the lives of Cubans and it will help the United States.”

His stance drew outrage from Cuban Americans in 2016 and again on Sunday. Rep. Debbie Mucarsel-Powell (D-Fla.), who represents many Cuban Americans in her southern Florida district, denounced Sanders’ comments as “absolutely unacceptable.”

Political pundits, including CNN commentator Ana Navarro-Cárdenas, joined the chorus of online voices speaking out against Sanders’ remarks. Some suggested his Cuba comments could have a devastating impact on his support from Latino voters.

Others, like Cuban American journalist Gary Suarez, were less willing to “cancel” Sanders over comments from 35 years ago.

“I don’t love that Sanders defended Fidel Castro during his lifetime,” Suarez tweeted. “The pain my people experienced under his rule resonates still, but America’s exceptional economic cruelty towards Cuba hasn’t helped Cubans either. Sanders would go further than Obama did to fix that.”