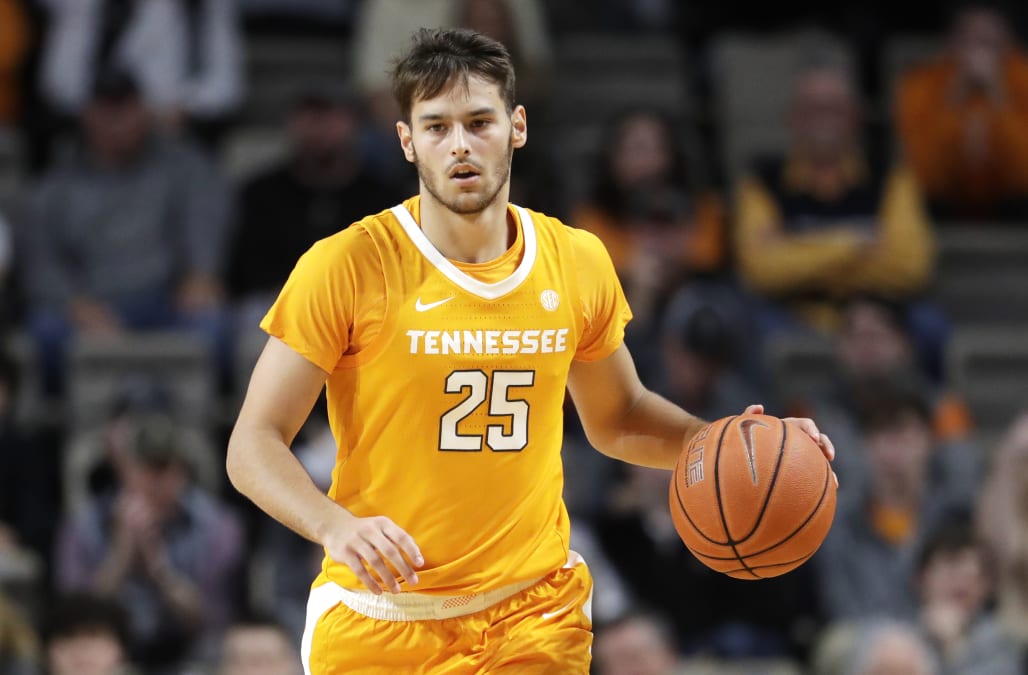 An Auburn student was kicked out of the Tigers’ 73-66 win against Tennessee at Auburn Arena on Saturday after making a xenophobic remark directed toward a Volunteers player that was picked up on the CBS broadcast, according to AL.com.

The fan, who was not identified, was ejected after yelling at Tennessee’s Santiago Vescovi during the first half of the game.

“Go back to Uruguay,” he yelled. “This is America.”

“Go back to Uruguay, this is America” #Volspic.twitter.com/5OCuBLf7K7

Auburn officials, per the report, quickly identified the student with the help of others in the student section, which is located behind the announcers’ table. Vescovi, a freshman, was born in Montevideo, Uruguay.

Neither he nor Tennessee coach Rick Barnes were aware about the incident until after the game.

“From what I’ve heard, once they found out about it, they took care of it," Barnes said, via AL.com. "I’m glad they did. I haven’t given any thought to it but our administration told me that Auburn did what needed to be done. And that’s good by me.”

The student, per the report, is no longer welcome back to the arena. Any additional discipline will be determined by the office of student affairs.

“I was informed, and I appreciate the way Auburn handled it," Auburn coach Bruce Pearl said, via AL.com. “That’s not who we are at all. This is an amazing campus with incredible students. We are diverse and welcoming. I have nothing but respect for Santiago’s game. That one person does not speak for the whole Auburn family.”

No. 13 Auburn rallied back in the second half on Saturday, overcoming a 17-point deficit to grab the seven-point win — which snapped a two-game losing skid. Samir Doughtry dropped 22 points for the Tigers while shooting 7-of-16 from the field, though was the only player to score in double figures. Jordan Bowden led Tennessee with 28 points and shot 9-of-12 from the field. Vescovi finished with 10 points.