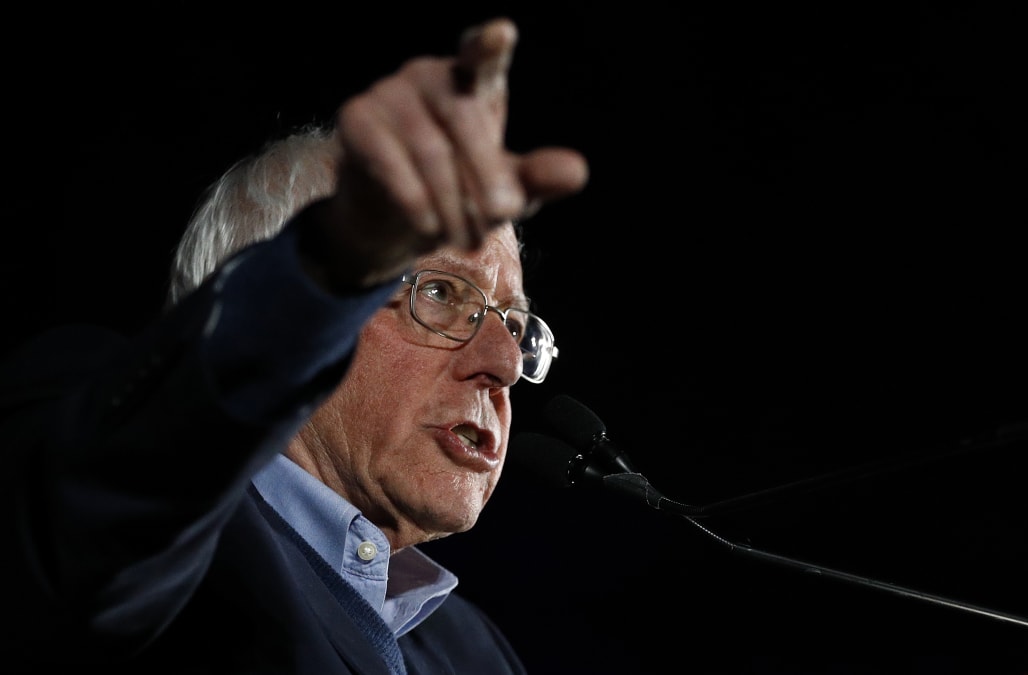 The Associated Press projected Sen. Bernie Sanders as the winner of Nevada’s Democratic caucuses, the third popular vote victory in as many primary contests by the race’s current frontrunner.

The Sanders campaign has focused on Hispanic outreach, and per entrance polls, it worked in Nevada. CNN reported that 54 percent of Hispanic voters said they chose Sanders, with former Vice President Joe Biden a distant second at 13 percent. Those numbers are in line with a national Morning Consult poll released last week that showed Sanders with  the support of 48 percent of Hispanic Democrats.

Polling in the state had been sparse but multiple recent surveys showed Sanders with double-digit leads, after trailing Biden by nine points as recently as January 1, acccording to the Real Clear Politics polling average of Nevada. Four years ago, Sanders lost the state to Hillary Clinton by five percent, but this time around flooded the state with thousands of volunteers that the campaign said knocked on 500,000-plus doors.

Previously, Sanders won the popular votes in Iowa and New Hampshire, although former Mayor Pete Buttigieg took a slight delegate lead into Saturday. As caucus results were coming in, Sanders was holding an event in El Paso, Texas, sticking to his stump speech. He was scheduled for an event in San Antonio later Saturday evening, already turning his attention to the March 3 Super Tuesday states.

Last week, Sanders was drawn into a war of words with Nevada’s powerful culinary union, which represents thousands of Las Vegas hospitality workers. Local 226 sent out a flier to members stating that Sanders’s single-payer Medicare For All plan would end their union-provided health care. Sanders said his plan would assure coverage at least as good as what members have now. The union didn’t endorse an alternative, instead throwing their support behind their “goals.”

Sanders won almost all of the casino sites, which are set up for the union members to vote during their Saturday shifts. CNN reported that caucus entrance polls showed 62 percent of Nevadans support Medicare For All and CBS News’ entrance poll showed Sanders winning more than a third of caucusgoers who identified themselves as living in a union household.

Nearly 75,000 people voted early, before Wednesday night’s debate. It was the first year the Silver State allowed early voting and the total nearly matched 2016’s total turnout of 84,000. On Saturday, the Nevada Democratic Party announced that more than 10,000 Nevadans had registered as Democrats during the early voting period. The amount of early voting that occurred before the debate might have hurt Sen. Elizabeth Warren, who turned in a strong performance and received a fundraising boost.

The Iowa debacle earlier this month provided a warning to Nevada Democrats, who ditched an app developed by the same company that created the Hawkeye State’s faulty reporting system and replaced it with 2,000 iPads equipped with Cisco Systems security software. National and local leaders lowered expectations earlier this week, declining to guarantee results on Saturday and stating that the most important thing was accuracy.

More from Yahoo News:
Nevada caucuses: Live updates and results
Sanders solidifies himself as frontrunner in Nevada and beyond, new polls show
Warren keeps pummeling Bloomberg in Nevada. But is it too late for a comeback?