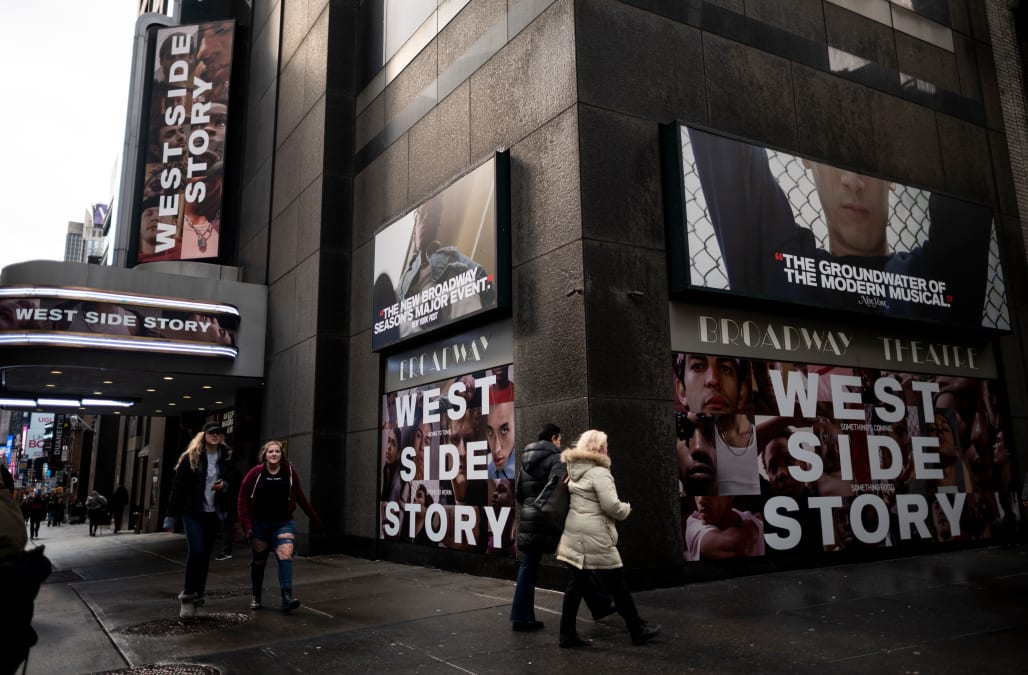 NEW YORK (AP) — There was a chorus outside the Broadway Theatre on Thursday at the opening night of a new revival of “West Side Story” but what was being sung was a protest chant.

A group of about 100 people demanded the removal of cast member Amar Ramasar, who was fired and then reinstated last year at New York City Ballet for sharing nude photos of women and sexually explicit texts.

The protesters chanted "Hey hey, ho ho, Amar Ramasar has got to go!” before the curtain went up even as the opening night celebration drew such stars as Andrea Martin, Julie Taymor, Vanessa Hudgens, Alec Baldwin and Iman.

Protests outside Broadway shows are relatively rare but have occurred by anti-Scientology activists outside “All My Sons” starring Katie Holmes in 2008 and outside “The Scottsboro Boys” in 2010 by people upset by that show's material.

Alexandra Waterbury, a former student with the City Ballet's affiliated school, the School of American Ballet, alleged in 2018 that Ramasar and two other men shared nude photos of her, taken without her knowledge, with other men in the company.

Since, then, there’s been a petition to remove Ramasar from “West Side Story,” where he plays Bernardo, the leader of the Sharks. Producers in a statement last week backed the actor, noting that the incident took place in a different workplace and “has been both fully adjudicated and definitively concluded according to the specific rules of that workplace.”

“There is zero consideration being given to his potentially being terminated from this workplace, as there has been no transgression of any kind, ever, in this workplace,” the statement read.

Protesters held signs that read: “Boo Bernardo” and “Keep Predators Off the Stage.” One of the organizers, Megan Rabin, said she wanted alleged abusers to know they’ve been put on notice.

RELATED: Take a look at some of the biggest celebs on Broadway:

Actor's Equity Association, which represents more than 51,000 professional actors and stage managers, issued a statement saying it is trying to ensure that all Broadway actors work in a harassment-free environment.

“Everyone at ‘West Side Story’ should be able to go to work and perform feeling safe and protected in their workplace. Equity has been in communication with the general manager and the members of the show. As a union, Equity’s role is to ensure that our members are protected in the workplace and we take that responsibility very seriously. Equity will continue to hold all employers to their legal obligation to maintain a safe and harassment-free environment," said Executive Director Mary McColl.

Ramasar and another dancer were initially terminated by New York City Ballet. The third dancer resigned before he could be fired. Their union, the American Guild of Musical Artists, appealed the firings to the arbitrator, and both were reinstated last year. Ramasar did not return to the ballet company.

More from Aol.com:
Customer escorted from store after altercation with mom and daughter: 'You dirty old man'
Vegans protest Starbucks over ‘insane’ policies: ‘Everyone should be intolerant of cruelty'
The Obama portraits are going on tour across the U.S. — see if they're coming to a city near you