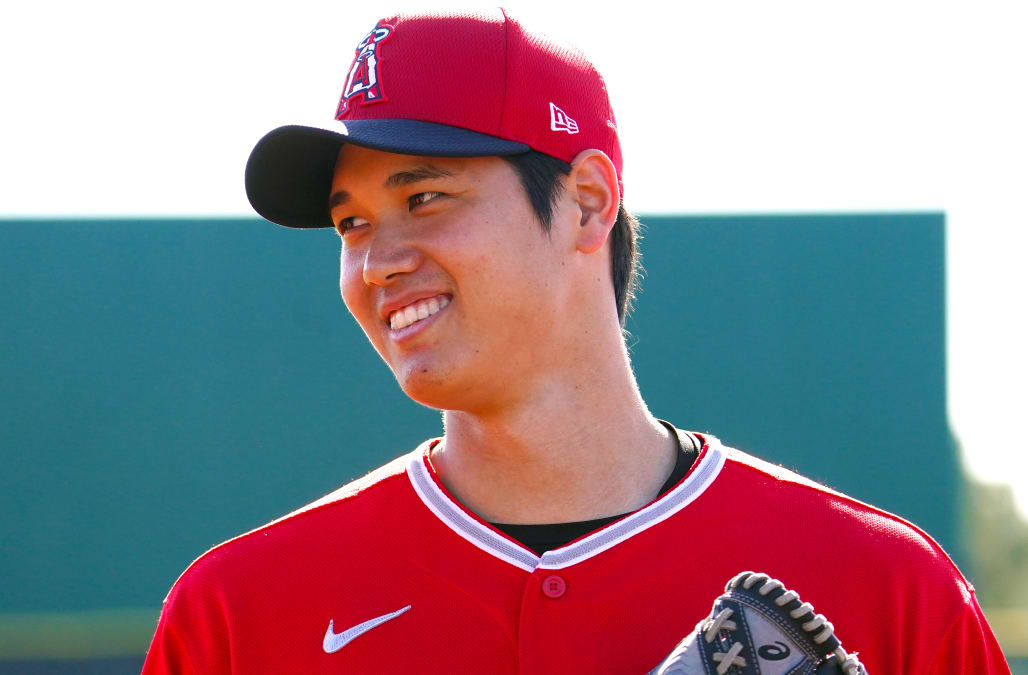 Angels two-way superstar Shohei Ohtani is one of the most fascinating players in all of baseball, and photos of the big-swinging pitcher have fans drooling for his eventual return.

Ohtani was one of the most-hyped prospects in recent memory when he made the jump to the majors in 2018. As a standout pitcher and power hitter, Ohtani seems like a player pulled out of an earlier generation.

In his first year in the league, Ohtani left fans in awe of his ability, impressing both on the mound and at the plate.

Unfortunately, after a mid-season injury forced Ohtani to undergo Tommy John surgery, it was clear that he wouldn't be able to pitch for the Angels again until 2020.

In the meantime, Ohtani served as a designated hitter for the Angels and apparently hit the gym. Hard.

While Ohtani has always boasted broad shoulders, photos of him at spring training this year have sent fans into a tizzy. His arms are absolutely huge.

Shohei Ohtani said he swam and shot some hoops this offseason as part of his training. pic.twitter.com/qfdID6CKzd

While it's not exactly breaking news that a power hitter in the majors is yoked, Ohtani looks like his arms have been waiting for the opportunity to smash some home runs for millennia.

After the #Angels#SpringTraining workout, Shohei Ohtani, a two-way player, talked to the media. Look at his arm! Amazing😳
キャンプの練習後、メディア対応を行うエンゼルス#大谷翔平選手！腕の筋肉が凄い… pic.twitter.com/XGZbnbbVmR

On Twitter, fans were once again left in awe, especially comparing Ohtani's levels of swoleness to his former self.

Excuse me, where did Shohei baby go?#大谷翔平#shotime#shoheiohtani#ohtani

While Ohtani is still not expected to return to the pitching mound until mid-May, he'll start the year as the Angels designated hitter. Hopefully, he can put his massive arms to use.

NBA POWER RANKINGS: Where all 30 teams stand for the stretch run of the season

Dwyane Wade reviews the infamous suits from his legendary 2003 draft night: 'We got enough fabric on these suits to clothe the entire country'