Jury in Weinstein trial says they're hung; judge orders them to keep deliberating 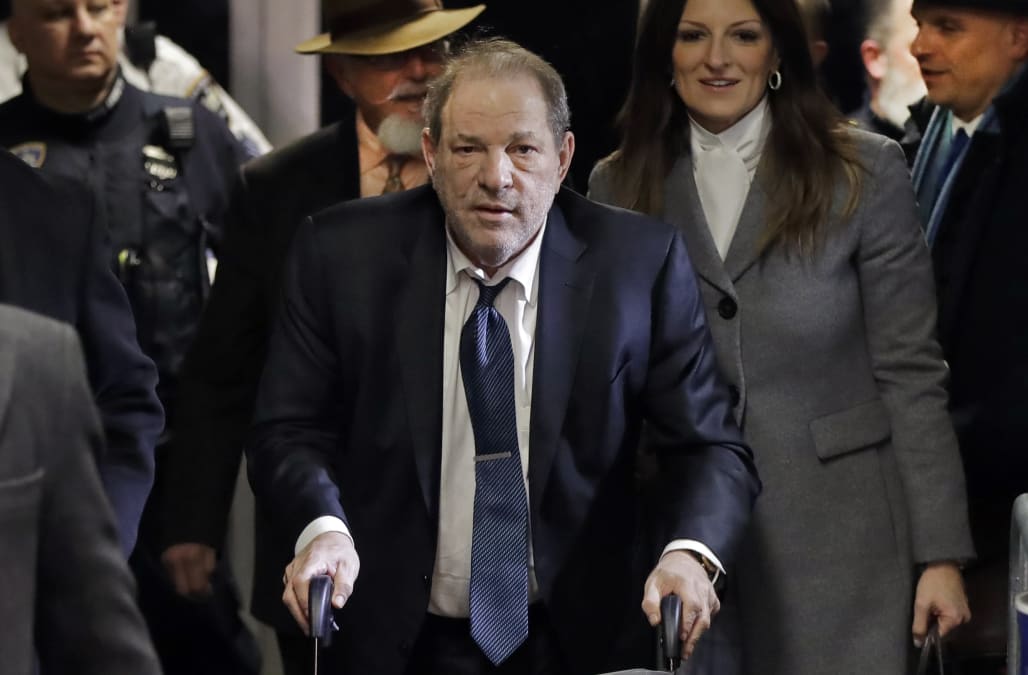 Jurors in the trial against Harvey Weinstein were deadlocked Friday on the two most serious counts against him, prompting the judge to order that any verdict must be unanimous.

New York Supreme Court Judge James Burke added that if the jury can't reach a unanimous decision, then it can't return a verdict on the two counts of predatory sexual assault, which carry a maximum penalty of life in prison. The judge also asked the jury to continue deliberations, which are set to resume Monday morning.

The jury of seven men and five women began deliberations Tuesday. The once-powerful Hollywood mogul, 67, also faces one count each of first-degree rape and third-degree rape, and one count of a criminal sex act. The jury said it reached a unanimous decision on those three counts.

While Weinstein's defense team said they would accept a partial verdict, prosecutors declined.

In all, more than 80 women have accused the Oscar-winning producer behind "Pulp Fiction" and "The King's Speech" of sexual assault and harassment going back decades, though the charges were based primarily on allegations from former production assistant Mimi Haley and former aspiring actress Jessica Mann.

But in more than a month inside a Manhattan court, prosecutors called four other accusers as witnesses who could testify about Weinstein's alleged pattern of serial abuse, including "The Sopranos" actress Annabella Sciorra, who has accused him of raping her in the early 1990s.

Weinstein pleaded not guilty in the case and denies all allegations of nonconsensual sex. His lawyers argued the trial was an example of the #MeToo movement having run amok, and repeatedly attempted to raise doubts about his accusers' credibility and motivations in coming forward.

The flood of allegations against Weinstein, first reported in October 2017 by investigative journalists at The New York Times and The New Yorker, fueled the global reckoning over sexual misconduct by powerful men in entertainment, the news media, finance and other high-profile industries.

The trial centered on graphic testimony from Haley and Mann, who each recounted that Weinstein lured them with promises to help their careers and forced himself on them as they tried to fight back.

Weinstein also faces a sex crimes case in Los Angeles, where he is charged with raping a woman and sexually assaulting another in separate incidents on two consecutive days in 2013. He has not formally entered a plea in California.