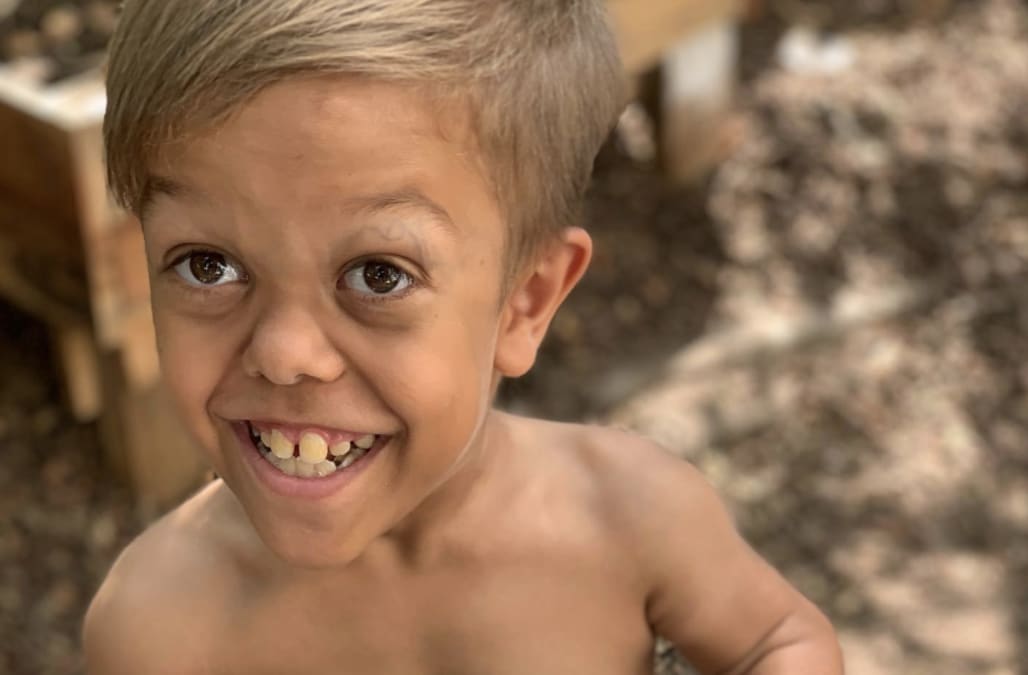 The world stands with Quaden.

Kind messages have poured out across the globe after footage of a 9-year-old Australian boy sobbing when his mom, Yarraka Bayles, discovered a bullying incident at school went viral this week, his family said.

Celebrities from Australian actor Hugh Jackman to comedian Brad Williams have shared touching messages to the child, who was born with achondroplasia, a genetic condition that results in dwarfism.

“Quaden, you are stronger than you know, mate, and no matter what, you’ve got a friend in me,” Jackman said in a Twitter video that has since been viewed nearly 1 million times. “Everyone, let’s please be kind to each other. Bullying is not okay, period.”

Quaden - you’ve got a friend in me. #BeKind@LokelaniHigahttps://t.co/8dr3j2z8Sypic.twitter.com/jyqtZYC953

“Life is hard enough,” the “Greatest Showman” actor added. “Let’s just remember, every person in front of us is facing some kind of battle. So let’s just be kind.”

Williams, who actually has the same condition as Quaden, has been an outspoken advocate for the boy on social media, even creating a GoFundMe page to send the bullied boy and his family to Disney. The page has since raised more than $350,000, far exceeding its initial $10,000 goal.

“Unreal!” the comedian wrote just after the page soared past $250,000. “This is so great for young Quaden and his family. The world has spoken and the world has said in one loud voice that bullying will not be tolerated! Thank you for your generosity and love!”

We are over 250k! Unreal! This is so great for young Quaden and his family. The world has spoken and the world has said in one loud voice that bullying will not be tolerated! Thank you for your generosity and love!

Word of Quaden’s video even made its way to the sports realm, with the Indigenous All Stars, an Australian rugby team, inviting the boy to lead their team onto the field for a match this Saturday.

News of Quaden’s plight first went viral after his mother shared a live video on Feb. 21 of the boy sobbing as she and her daughter picked him up from school, following an apparent bullying incident involving a female classmate.

During the tough-to-watch video, which has since been viewed over 24 million times, Quaden can be heard saying, “I’m gonna kill myself,” and asking his mother for a knife so he can end his life.

Thousands reacted to the video, sharing kind and encouraging words with the boy and urging him to hold his head high.

Quaden’s mother later confirmed her son had seen many of the messages sent to him after the video went viral, giving thanks “for the overwhelming show of love and support from so many people from all around the world.”

“Quaden’s feeling the love and now he needs a good rest,” she added. “We are meeting with the appropriate people in power to make changes and make a stand against bullying.”

In a subsequent interview with SBS Australia, Quaden encouraged others who have been bullied to try to have courage.

“If you get bullied, just stand up for yourself, and don’t listen to what they say,” the 9-year-old said.

“The parents should make their kids be nice to people with disabilities,” he added.