Off-duty cops on date 'instinctively' thwart restaurant robbery: 'You do what you're trained to do' 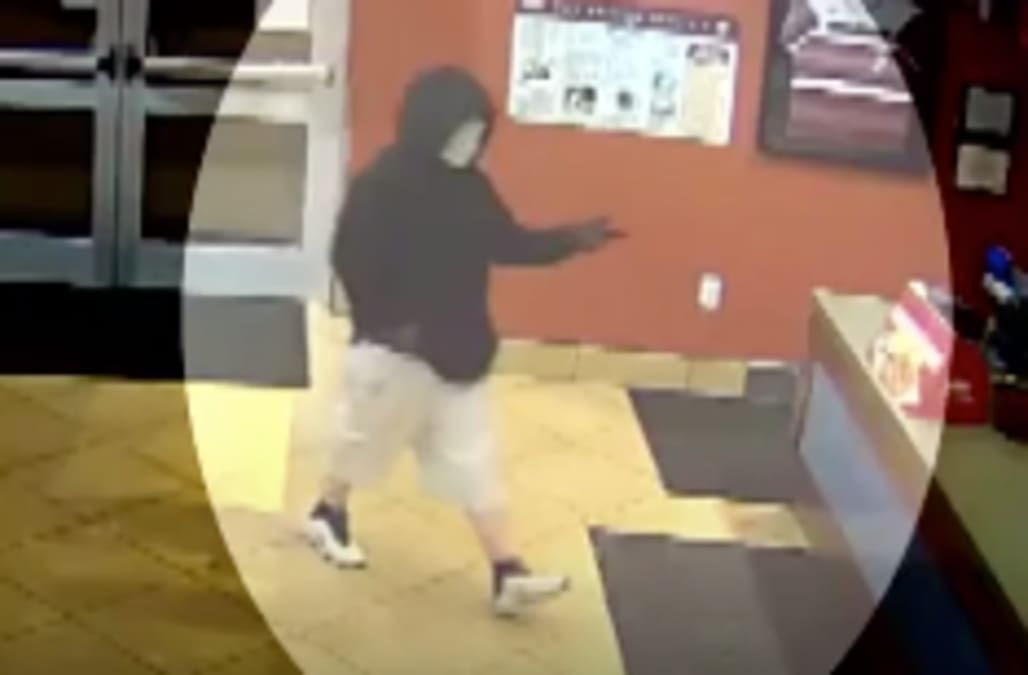 A masked criminal was in for way more than he bargained for when he tried to rob a fast-food restaurant in Louisville, KY.

When a robber attempted to hit the Raising Cain’s Chicken Fingers franchise, the only customers inside happened to be two off-duty, married cops, reports ABC News.

Elizabethtown police officer Nicole McKeown and her husband Detective Chase McKeown were on a date around 10 p.m. on Feb. 15 when the thief — later identified as Justin Carter — entered the franchise.

According to the security cameras, Carter barged into the restaurant wearing a ski mask and flashed a gun at the people working behind the register as he demanded their money.

The officers, who were eating in the back of the establishment, can be seen looking up from their meals before jumping out of their seats, drawing their weapons and going after the suspect.

Carter, as soon as he saw that the two diners are cops, immediately dropped his gun and sprinted out of the restaurant. The McKeowns followed Carter and apprehended him at gunpoint until back-up arrived.

"Instinctively, we just followed him out," Chase told CNN. "He ended up cornering himself."

"You do what you're trained to do," Nicole said. "If he had left and we didn't pursue, who's to say somebody else couldn't have gotten hurt in the process?"

Elizabethtown Police said: “The couple, who met on the job at EPD when he was a patrol officer and she was a dispatcher at the agency, have been married 6 months."

Carter is a previous-convicted felon and was using a weapon stolen from a police officer from Jeffersontown. He was charged with possession of a handgun, receiving stolen property and robbery in conjunction with the alleged crime.