Ghost ship washes up on Irish coast after drifting across Atlantic 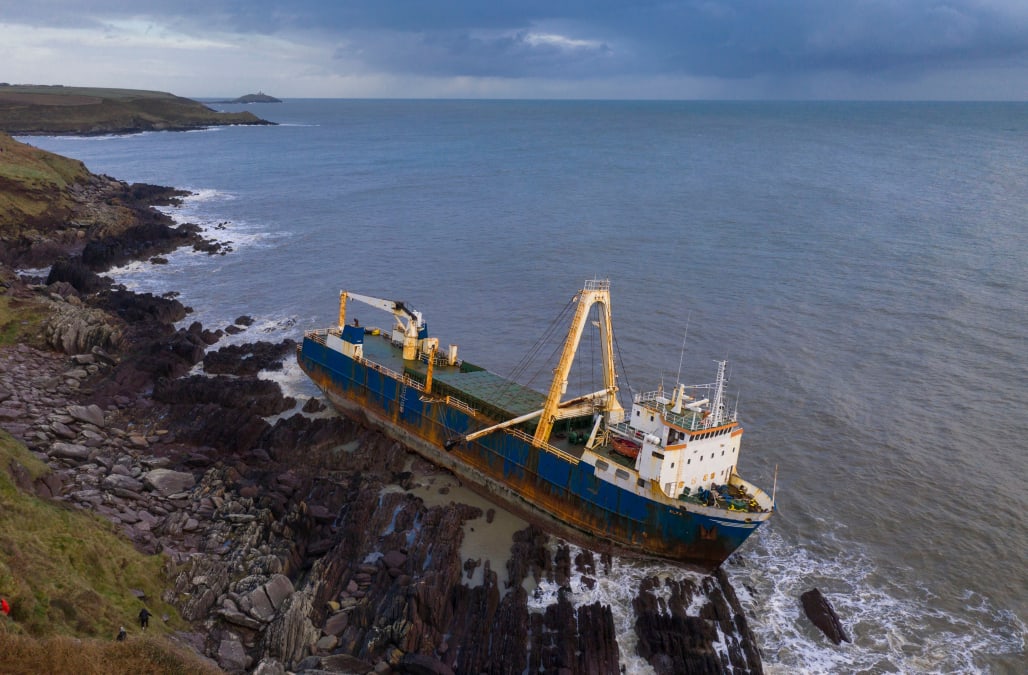 DUBLIN, Feb 20 (Reuters) - A "ghost ship" abandoned by its crew has run aground on rocks on the south coast of Ireland after drifting in the Atlantic for 17 months.

The Alta, a 77-meter cargo ship built in 1976 and originally from Tanzania, appeared to have been blown on to the Cork coast by Storm Dennis, which hit Ireland last weekend.

The Irish Coast Guard said there was nobody on board when it ran aground. The U.S. Coast Guard had rescued 10 crew members in September 2018, since when the vessel had been drifting after being abandoned off Bermuda.

Footage released by the Irish Coast Guard shows it grounded on rocks near the village of Ballycotton in County Cork on Sunday.

The ship had been en route from Greece to Haiti when it ran into difficulties and had been drifting for almost 20 days when the crew radioed for help and were rescued about 2,220 km southeast of Bermuda, the Irish Times reported.

Authorities are seeking to establish ownership of the wreck. Ireland's Revenue Commissioners said they had been contacted by an individual purporting to represent the owner.

Cork County Council has asked the public to stay away from the wreck as it is located on a dangerous and inaccessible stretch of coast and is in an unstable condition. (Reporting by Reuters Television and Padraic Halpin; Editing by Giles Elgood)

More from Aol.com:
Emmitt Smith says Dak Prescott should give Cowboys a discount in contract demands
Paraglider stuck for three hours after colliding with power lines
Man survives 75-foot fall off highway bridge trying to help driver on side of road