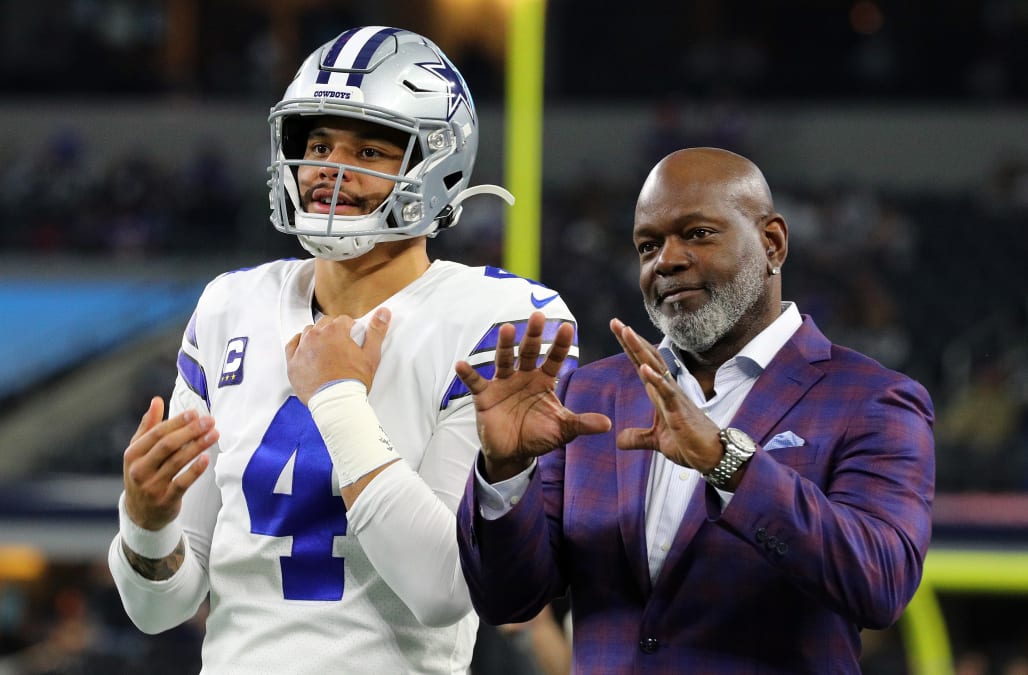 Emmitt Smith knows a thing or two about contract disputes with Jerry Jones.

He shared some advice for Dak Prescott as his contract talks with the Dallas Cowboys have lingered into the 2020 offseason: take a lower offer and make up the difference in endorsements.

Smith toed the Cowboys’ company line on the “The Lefkoe Show” on Wednesday that playing for “America’s Team” comes with its own financial rewards and that Prescott would be wise to give Jones a discount in his contract demands.

‘Dak has to understand’

“How much money are you willing to leave on the table? The Cowboys are a marketable organization...

Instead of taking 35, would you take 28? Leave some for Amari and pick up the rest in endorsements.”@LefkoeShowpic.twitter.com/coZn8iPVpy

“Dak has to understand and maybe take another perspective,” Smith told Lefkoe. “The perspective may not be all the money that you get. It may be how much money are you willing to leave on the table because the Cowboys [are] a marketable organization?”

Smith then gave a breakdown of what that discount might look like, and how it would allow the Cowboys more flexibility in signing other high-profile pending free agents like wide receiver Amari Cooper. Both will be unrestricted free agents this offseason.

‘Leave some for Amari’

“If you're the face of the franchise, instead of taking $35 [million[, would you take $28 [million], and leave some for Amari and pick up the other $35 [million] through endorsements?”

Does playing for the Cowboys open up endorsement opportunities? Surely it does.

Does that mean that players should feel obligated to take a discount for the honor of playing in a Dallas uniform? Absolutely not.

Every player is well within his right to seek market value for his services. The Cowboys are worth $5 billion. There should be no tears shed for Jones’ bank account.

Does this mean that Prescott’s reported self-evaluation as the most valuable player in the NFL is grounded in reality? No.

Prescott reportedly turned down $33 million a year from the Cowboys and is reportedly seeking $40 million annually. Nothing on Prescott’s résumé suggests that he’s anything beyond a capable starter in the NFL.

He’s a guy whose four seasons in the NFL have ranged from average to slightly above average statistically among starters and carries a 1-2 playoff record. In a salary-capped world, he’s not a $40 million quarterback. Not even close.

Should Dak care about the salary cap?

Should Prescott be concerned about market-suppressing restrictions of the owner-imposed salary cap when the guy signing his paychecks is stacking billions upon billions? That’s where things get complicated.

The cap — fair or not — is the reality in the NFL. A large contract like the one Prescott is seeking can act as an albatross for a team’s competitive prospects.

But everything coming from Prescott’s camp suggests that his priority is getting paid. Which is fine. Go get that money, if you can.

Just don’t be surprised when the Cowboys balk and break out the franchise tag.