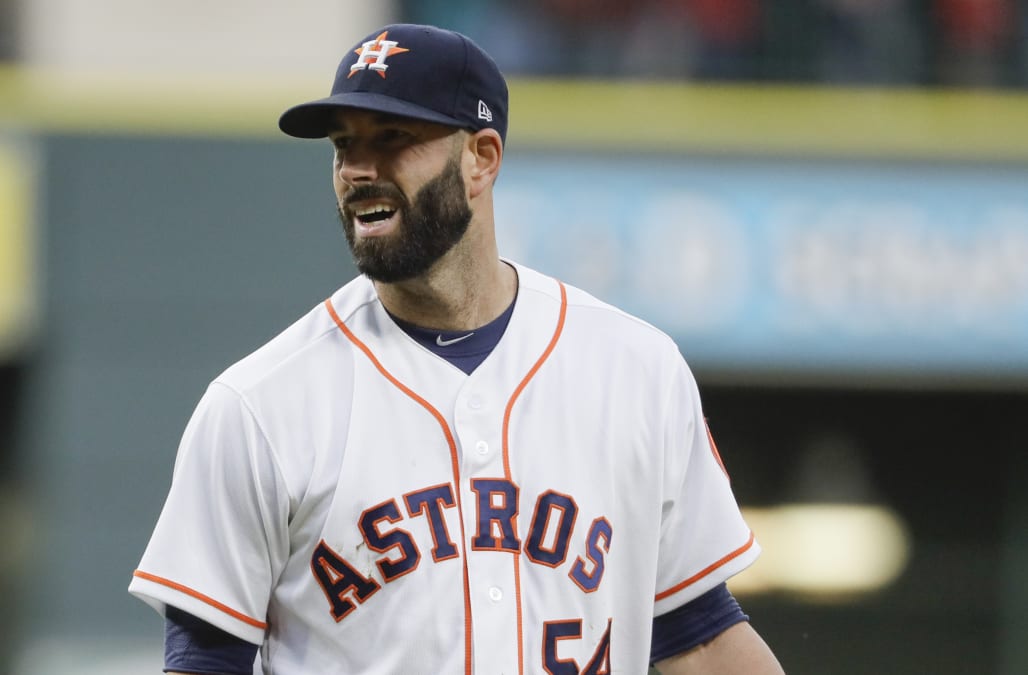 In the ever-turning Houston Astros cheating saga, attention has now shifted back to Mike Fiers, the former Astros pitcher who blew the whistle on the entire cheating scheme.

Without Fiers speaking up about what he saw the Astros do in 2017, there’s a good chance the Astros never would have been disciplined by MLB and none of the daily drama we now find ourselves emersed in what would be happening. With that, comes consequences and controversy.

In Fiers’ case, he’s told the San Francisco Chronicle’s Susan Slusser that he’s received death threats since becoming one of the central figures in what’s become one of the biggest scandals in baseball history.

Fiers, who now pitches for the Oakland A’s, doesn’t seem bothered by the threats. He told Slusser:

“Whatever, I don’t care,” he said. “I’ve dealt with a lot of death threats before. It’s just another thing on my plate.”

This comes on the same day that Boston Red Sox icon David Ortiz called out Fiers for being a “snitch” for his part in all this.

David Ortiz calls out Astros whistleblower Mike Fiers: "You look like a snitch."

Talking about Fiers, Ortiz told reporters Thursday: “After you make your money, after you get your ring, you decide to talk about it? Why didn’t you talk about  it during the season when it was going on?”

Ortiz isn’t the only one to call out Fiers in this respect, but the ire from current players lately has been more focused on calling out the Astros for their apologies and calling out Commissioner Rob Manfred for his lack of punishments for Astros players.

As for his own punishments, Fiers told The Chronicle that he doesn’t plan to give back his World Series ring unless all the 2017 Astros were forced to.

“I said from the beginning, ‘I’m not away from this. I was part of that team, I was one of those guys,’ ” he said. “Suspensions, fines — I’m willing to take as much punishment as they do. If they ask me to (return the ring), it’s not the end of the world.”