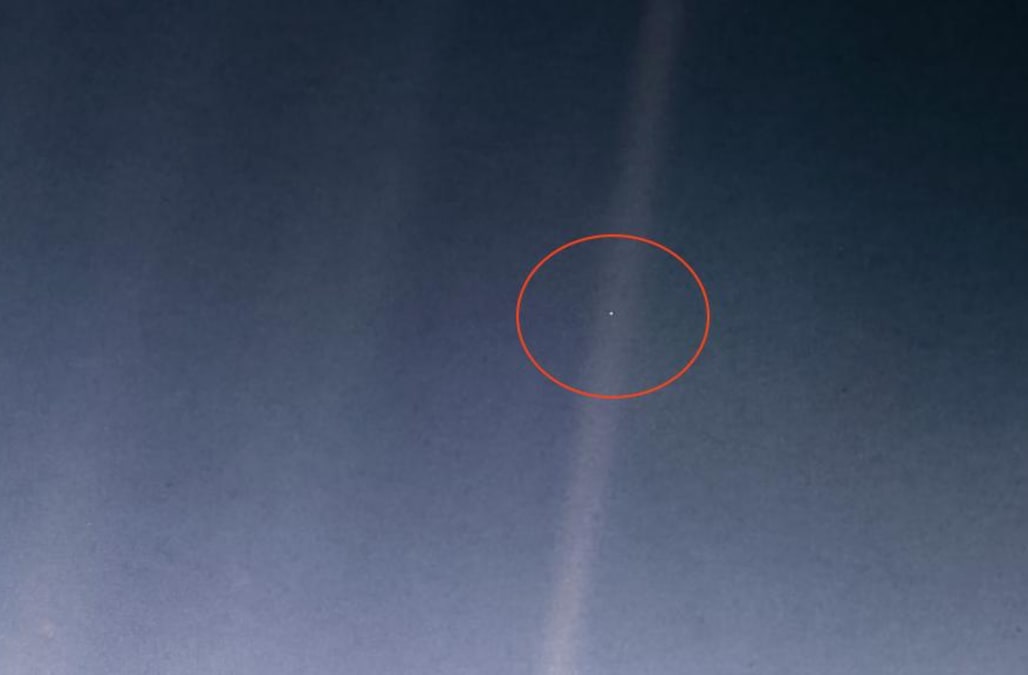 It's the 30th anniversary of the "Pale Blue Dot" image, and NASA commemorated the incredible feat with a release of the remastered, iconic image.

Taken by NASA's Voyager probe, the rest of the planets can't really be seen, but Earth appears as a tiny blue pixel in the universe, suspended in a sunbeam.

Two of the imaging scientists who had been working on the Voyager mission, Carl Sagan and Carolyn Porco, were behind the Voyager taking this photo before it shut down its cameras to conserve power.

The Voyager took 60 pictures that were intended to produce a "solar system family portrait," says the NASA website.

Apparently, Sagan really pushed for the photo while other members of the Voyager team said it wouldn't be providing any scientific data, so there was no point.

But Sagan, along with other members of the team felt it was necessary to have visuals to show Earth's vulnerability in the grand scheme of things. They wanted people back home to understand that their world is just a tiny speck in a much larger space.

Luckily Sagan succeeded, and now we have the "Pale Blue Dot."