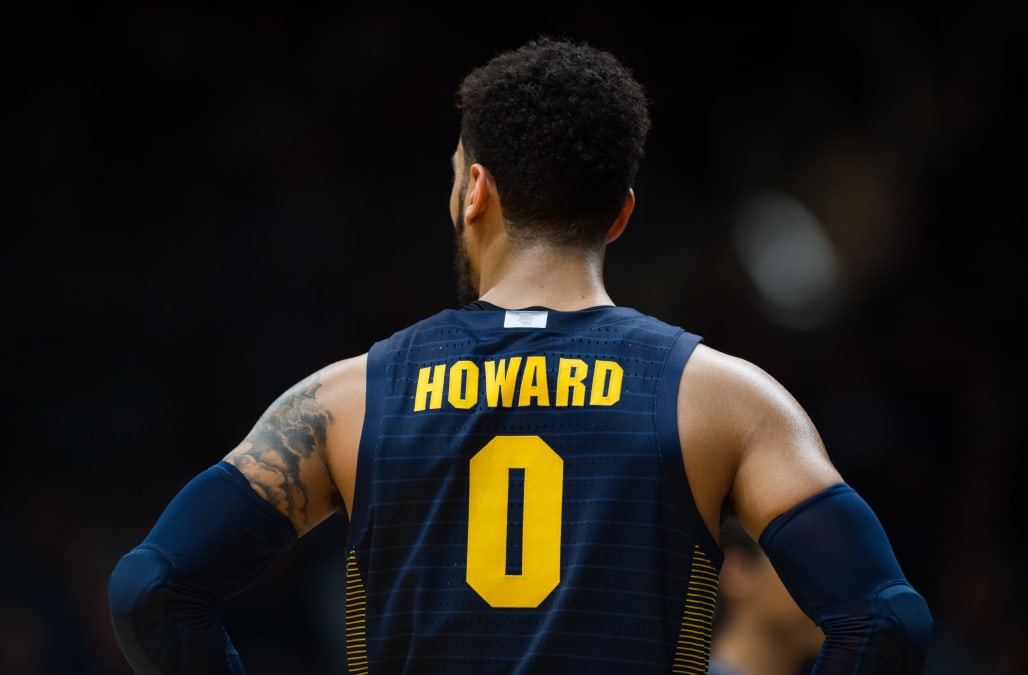 One thing to know: Markus Howard leads the entire NCAA with 27.3 points per game this season. He's racked up more than 30 points in 10 out of his 23 games played on the year and even went for 51 points against USC back in November. As of mid-February, the 5-foot-11 guard became the all-time leading scorer in Big East history, and he's primed to lead the Golden Eagles to their first win in an NCAA tournament game since 2013. One thing to know: Filip Petrusev averaged 6.5 points per game and got zero starts during his freshman season with the Gonzaga Bulldogs, but his sophomore season has looked completely different. Now, the Serbian star leads Mark Few's second-ranked squad in both points (17.2) and rebounds (7.9). One thing to know: Devon Dotson leads the entire Big 12 with 17.9 points per game. His 2.2 steals per game and 4.3 assists per game rank second and sixth in the conference, respectively, making him not only an invaluable contributor to the No. 3 Kansas Jayhawks, but also a legitimate national player of the year candidate. One thing to know: For the third consecutive year, a Blue Devil freshman is a potential national player of the year candidate. No. 7 Duke's Vernon Carey Jr. ranks in the ACC's top five in points per game, rebounds per game, and free throw percentage — and he's the only player in the conference who ranks that high in all three categories. One thing to know: Malachi Flynn spent the first two years of his collegiate career starting for Washington State, but his first season at San Diego State has already been far more fruitful. The Aztecs are the only undefeated team remaining in the entire NCAA this season, and Flynn has led the charge with 16.4 points and 5.0 assists per game. One thing to know: After averaging 19.5 points per game — third-best in the SEC — as a freshman, Georgia's Anthony Edwards is widely projected to be the top pick in the 2020 NBA Draft. One thing to know: Though his Razorbacks don't rank in the top half of the SEC, Mason Jones leads the entire SEC in scoring with a whopping 20.0 points per game. One thing to know: One of the most prolific scorers in Seton Hall program history, Myles Powell ranks second in scoring in the entire Big East. He's led the Pirates to their best season in years and the top spot in the conference.

One thing to know: Obi Toppin tops the A-10 in field goal percentage and ranks third in scoring, but the Dayton Flyers' big man may be best known for his monstrous dunking ability. This season, he threw down 10 dunks in a single game. One thing to know: Iowa big man Luka Garza ranks fourth in the country — and first in the Big Ten — in scoring with 23.7 points per game. The 6-foot-11 junior also ranks top five in the conference in rebounds and field goal percentage, making him a driving force behind the Hawkeyes' late-season surge and ambitious expectations for the postseason. One thing to know: Senior point guard Cassius Winston leads Tom Izzo's Michigan State Spartans in both points and assists for the second consecutive year. And though his numbers are down from an explosive 2018-19 season, the preseason national player of the year ranks top five in the Big Ten in scoring, assists, and steals despite grappling with the tragic loss of his younger brother to suicide midway through the season. One thing to know: Tre Jones ranks second in assists and fourth in steals in the ACC in his second year commanding ball handing responsibilities for Mike Krzyzewski's Blue Devils. He proved he has the same clutch factor as his brother, Tyus, when he hit a game-tying jumper in a thriller against North Carolina this season. One thing to know: The leading scorer in the ACC, Jordan Nwora, has led the Louisville Cardinals to an impressive 21-4 record and the top of their conference.

One thing to know: The Kentucky Wildcats have had several impressive big men throughout the John Calipari era, and Nick Richards is the latest in the lineage. The junior ranks second in the SEC in field goal percentage and third in both rebounds and blocks.

One thing to know: In a season full of chaos, Baylor has forged ahead as a stable frontrunner. Though the one-loss Bears rely on an even scoring effort, guard Jared Butler has jumped out as the leader of the top team in the nation. One thing to know: With 4.5 assists and 1.9 steals per game to rank fourth and second, respectively, in the Pac-12 during his junior season, Payton Pritchard was undoubtedly on people's radars on the national level last year. But 2019-2020 has been kind to the 6-foot-2 guard, as he now ranks second in the conference in scoring in addition to once again cracking the top 5 in both steals and assists.

One thing to know: Kaleb Wesson leads Ohio State in points, rebounds, and blocks this year, and even though the Buckeyes have had an up-and-down season, he has Chris Holtmann's squad on pace to comfortably make the NCAA tournament. One thing to know: Saddiq Bey made a jump in nearly every major statistical category between his freshman and sophomore seasons at Villanova. The growth spurt has been crucial in the Wildcats' bid to remain at the top of the jam-packed Big East conference. One thing to know: Forward Lamar Stevens has been largely responsible for Penn State's surprising surge this season. He ranks fourth in scoring in the Big Ten and leads the No. 9 Nittany Lions with 17.5 points per game. One thing to know: Maryland Terrapins big man Jalen Smith is an absolute monster in the paint. He ranks second in the Big Ten in rebounds and third in blocks, leads the conference with 17 double-doubles on the season and is one of just three Big Ten players averaging a double-double this year.

Now check out which teams still have a shot at landing a top seed: Only 11 schools still have a legit shot to snag a No. 1 seed in the 2020 NCAA Tournament