Former No. 1 pick tells Joe Burrow to 'pull an Eli Manning' and refuse to play for Bengals 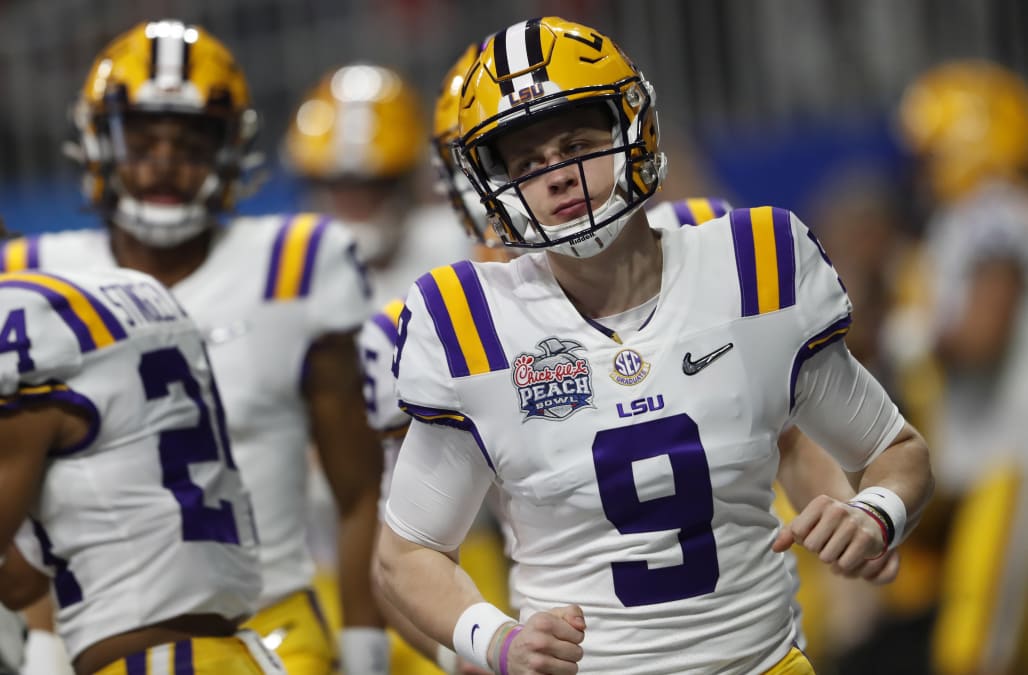 By all accounts, LSU quarterback Joe Burrow looks like he’ll be the No. 1 overall pick in the 2020 NFL draft. Burrow is coming off a tremendous senior season, and the Cincinnati Bengals are desperate for a franchise quarterback.

That’s been a common refrain for the franchise since its inception. Sure, the Bengals have gone to the playoffs and even appeared in a couple Super Bowl, but the team rarely enters a season with championship aspirations. It’s more likely to contend for the No. 1 overall pick.

Because of that, one former No. 1 overall pick thinks Burrow should “pull an Eli Manning” and refuse to play for the Bengals. Prior to the 2004 NFL draft, Manning told the San Diego Chargers he would not play for the franchise. He was instead traded to the New York Giants on draft day.

Steve Bartkowski, who was selected first overall by the Atlanta Falcons in 1975, thinks Burrow should follow in Manning’s footsteps. While speaking at the Davey O’Brien Legends Award ceremony, Bartkowski told Burrow to avoid the Bengals, according to the Fort Worth Star-Telegram.

“They’re Ohio guys,” Bartkowski said. “I might’ve offended them by telling them that, if it’s the Bengals, I think I’d pull an Eli Manning on that one. I said, you’ve got a chance to do that. That’s happened. [John] Elway kind of set the tone, then the Mannings delved into it after Eli was picked by San Diego.”

Bartkowski, 67, added that the Bengals are “not the best organization.” He said he knows what it’s like to play for a “bottom-feeder team,” and stressed how much he got beat up during his first few years with the Falcons.

The 23-year-old Burrow — who went to high school in Ohio — hasn’t definitively ruled out the Bengals yet, though there’s speculation he could “pull an Eli” before the draft. Some have pointed out that Burrow will do his pre-draft work with Jordan Palmer. Palmer’s brother, Carson, was the No. 1 overall pick by the Bengals in 2003. While Carson Palmer had some excellent seasons with the franchise, he left after a disagreement with the organization.

Even if Burrow tells the Bengals he won’t sign, the team can still draft him anyway. The Los Angeles Chargers — then the San Diego Chargers — did just that with Manning. The team then traded Manning to the New York Giants for Philip Rivers and picks. That deal benefitted both teams, though the Giants got two Super Bowl rings out of it and the Chargers came up empty. If Burrow refuses to play for the Bengals, the team may have to take the same path.

That might be for the best. A trade not only allows the Bengals to get something out of the No. 1 overall pick, but it helps lessen the embarrassment of the top player in the draft turning them down.