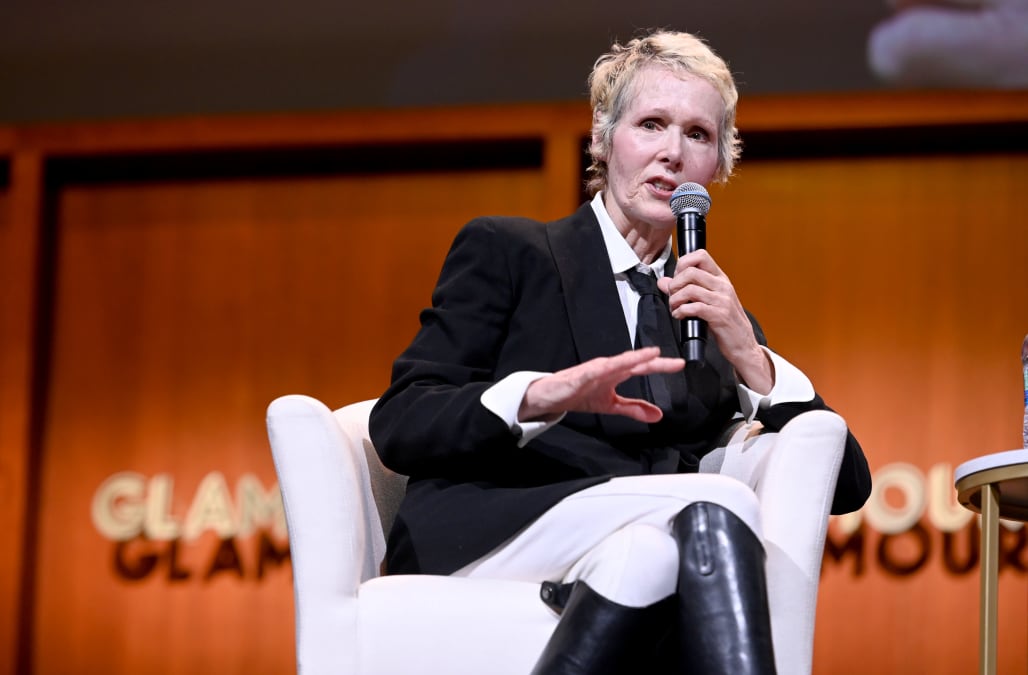 E. Jean Carroll, a veteran advice columnist at ELLE magazine who last year accused President Donald Trump of raping her in the mid-1990s, said she was fired from her editorial position at the end of the year after nearly 30 years because of Trump's public debasement of her character.

“Because Trump ridiculed my reputation, laughed at my looks, & dragged me through the mud, after 26 years, ELLE fired me,” Carroll wrote on Twitter. “I don’t blame Elle. It was the great honor of my life writing ‘Ask E. Jean.’”

Carroll, 76, first discussed the sexual assault allegation in her 2019 book "What Do We Need Men For?" — an excerpt of which was published in New York Magazine prior to its release last June. In that excerpt, the writer said that she was assaulted by Trump in a Bergdorf Goodman dressing room during a "colossal struggle."

Trump has not only repeatedly denied the allegation, but has denied ever meeting Carroll. When presented with a picture in which they were both photographed at a 1987 party alongside Carroll’s former husband, John Johnson, Trump maintained that he had "no idea" who Carroll is.

Carroll sued Trump for defamation in New York State Court in November, after which her lawyer, Roberta Kaplan, had the black wool dress Carroll was wearing at the time of the alleged attack tested for DNA. Last month, Carroll's counsel served notice to Trump's lawyers for Trump to submit a DNA sample by March 2 to see if he matched the unidentified male DNA found on the outfit.

Yet earlier this month, Trump's lawyers argued that Carroll's defamation suit should be delayed until New York's highest court rules on whether former "Apprentice" contestant Summer Zervos, who has also accused Trump of assault and defamation, can proceed with a somewhat similar suit. Trump has denied Zervos’ allegations.

Carroll's announcement of her termination from ELLE follows her lawyers' move to block a request from Trump that her suit be delayed.

“Our client filed this lawsuit to prove that Donald Trump lied about sexually assaulting her and to restore her credibility and reputation. From the very beginning, Trump has tried every tactic lawyers can think of to halt this case in its tracks and keep the truth from coming out," wrote Kaplan in a statement. "His latest effort — a motion to stay our client’s case until the New York Court of Appeals decides the Summer Zervos case likely after November 2020 — is yet another obvious delay tactic that is not grounded in the law and, like his previous attempts to stall this case, will be rejected by the court.”

The court filing also includes an email to Carroll from Erin Hobday, the executive managing editor of ELLE, dated Dec. 11, stating that Carroll would be paid for the "five remaining columns" of her contract.

"We and your readers so appreciate your many years of work for the magazine and the wonderful columns you contributed to our publication," Hobday wrote. "We will miss you tremendously."

Neither Hearst Communications, Inc., which owns ELLE magazine among other properties, nor Trump's counsel responded to NBC News' requests for comment.

Following Carroll's announcement, some commentators are criticizing ELLE magazine for not appearing to support Carroll and are calling for readers to boycott the magazine.

"Ultimately, @ELLEmagazine fired @ejeancarroll bc she came forward w her rape allegation against the most powerful man in the world," tweeted Rachel Bitecofer, who works at the Niskanen Center. "In the end- a magazine for women, chose the man."

"This is a terrible move on the part of @ELLEmagazine. @ejeancarroll raised generations of us who are now the ones breaking down these barriers that hold women back," tweeted writer and lawyer Amee Vanderpool. "Sadly, this fight will define what the future brings and if Elle doesn't see E. Jean's value, they have no vision."

We need to boycott @ELLEmagazine. That's messed up.

More from NBC News:
Smollett case revives questions about race and justice
Burger King announces move to be preservative-free with moldy Whopper ad
Some Americans are attempting the journey back home to Wuhan