Coral reefs could be wiped out by 2100, scientists say 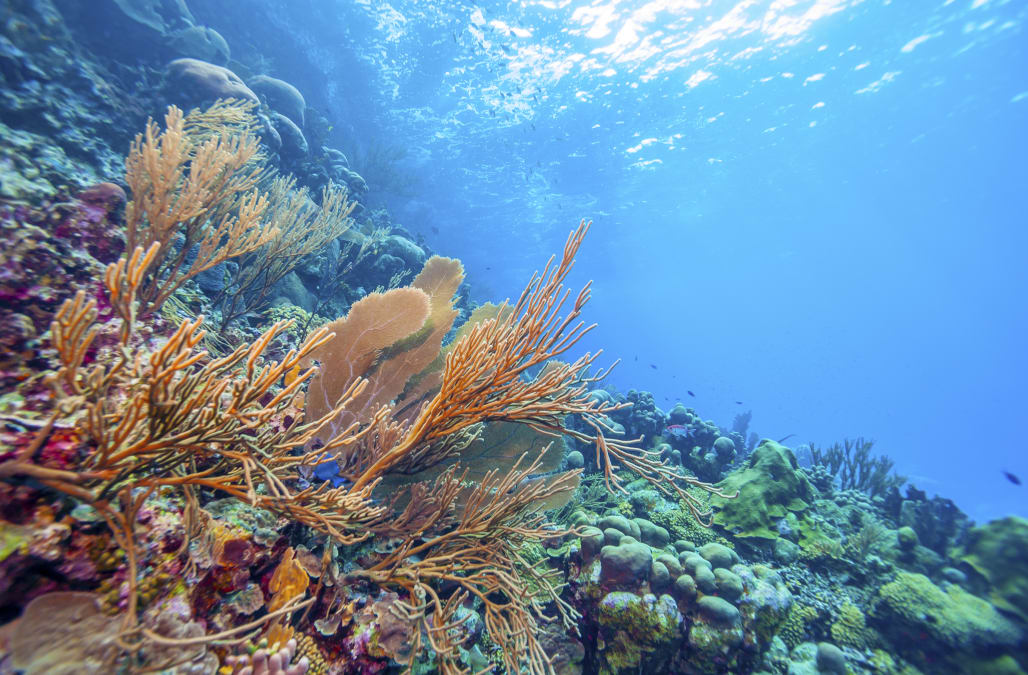 As humans continue to struggle to adequately address climate change in a way that would mitigate its worst long-term effects, the threats to familiar habitats continue to grow. The latest example: coral reefs. According to a new study presented at this year's Ocean Sciences Meeting in San Diego, researchers revealed that if human-caused climate change continues to increase ocean surface temperatures and create more acidic waters, coral reefs could be nearly entirely eliminated by 2100.

If 2100 seems too distant to think about and this threat is just another added to the pile of looming possibilities of how the earth will change if humans can't get their act together, well, the problem is more pressing than you might imagine. Scientists predict that between 70 and 90 percent of coral reefs will disappear over the next 20 years. Making matters worse, the new research suggests that restoration projects meant to restore the lost reefs will likely struggle to take hold. While planting new, young coral could, in theory, re-grow reefs to their former glory, climate change threatens to destroy habitats that could even support and sustain the reefs. Using simulations to account for potential changes in ocean environment conditions like ocean surface temperature, wave energy, water acidity, pollution, overfishing, and other possible conditions, researchers mapped out areas where reef restoration can take place. They found that most areas that currently support coral reefs won't be viable habitats by 2045 and by century's end, there could be zero suitable habitats remaining.

Coral reefs have already taken quite the beating due to climate change — largely as the result of increasingly acidic waters. As oceans absorb more and more carbon dioxide from humans burning fossil fuels, the chemical construction of the waters has changed in a way that makes it hard for coral reefs to survive. Acidification destroys calcium carbonate, a chemical compound enables coral to build its hard exterior. In recent years, the levels of acidification have gone from simply keeping coral reefs from building up to actually destroying existing reefs, dissolving them into oblivion. Between 2016 and 2017, the Great Barrier Reef was so harmed by acidification that it may not be possible for it to return to its former levels. A 2019 study found that there has been an 89 percent decline in the amount of new coral forming in the reef, meaning it is starting to die off entirely.

RELATED: Take a look at animals that have gone extinct in the last 100 years:

Rising ocean surface temperatures have also negatively affected the reefs, making it difficult for coral to grow. According to the National Oceanic and Atmospheric Administration (NOAA), changes in water temperatures causes stress for coral polyps, which result in them losing algae that would typically live in the polpys' tissue. This results in a phenomenon known as coral bleaching, in which coral loses the color that it would typically receive from the algae. Bleached coral isn't dead, but it is weakened. This makes the coral more vulnerable to threats such as disease that can lead to more loss. According to NOAA, about 75 percent of the world's coral reefs experienced bleaching between 2014 and 2017 due to rising water temperatures. For about 30 percent of those reefs, the heat was enough to kill coral.

While humans typically don't interact directly with coral, the loss of reefs will have devastating effects for those on land. About 25 percent of all fish species spend at least part of their lifecycle in reefs, and the loss of that habitat could result in the loss of many fish. Coral reefs also provide a natural layer of protection against surging sea levels that threaten coastal areas. Without the reefs there, we could be more quickly affected by rising sea levels, particularly events like king tides that accompany storms. Coral reefs also provide safe haven for plankton that help produce oxygen. Research suggests that as much as 50 percent of the oxygen we breathe comes from this plankton.

Coral reefs are an essential part of ecosystems both on land and in the water. They are already experiencing the effects of human-caused climate change, acting as a sort of canary in the coal mine for the future. Failure of humans to act to curb greenhouse gas emissions and end reliance on fossil fuels could spell the end of coral reefs — which could also have devastating effects on the species that continue to live long after the reefs are gone, including humans.

More from Mic.com:
The Lovers and Friends festival lineup is 20 years late and also right on time
Coral reefs could be wiped out by 2100, scientists say
The mental health benefits of exercising alone