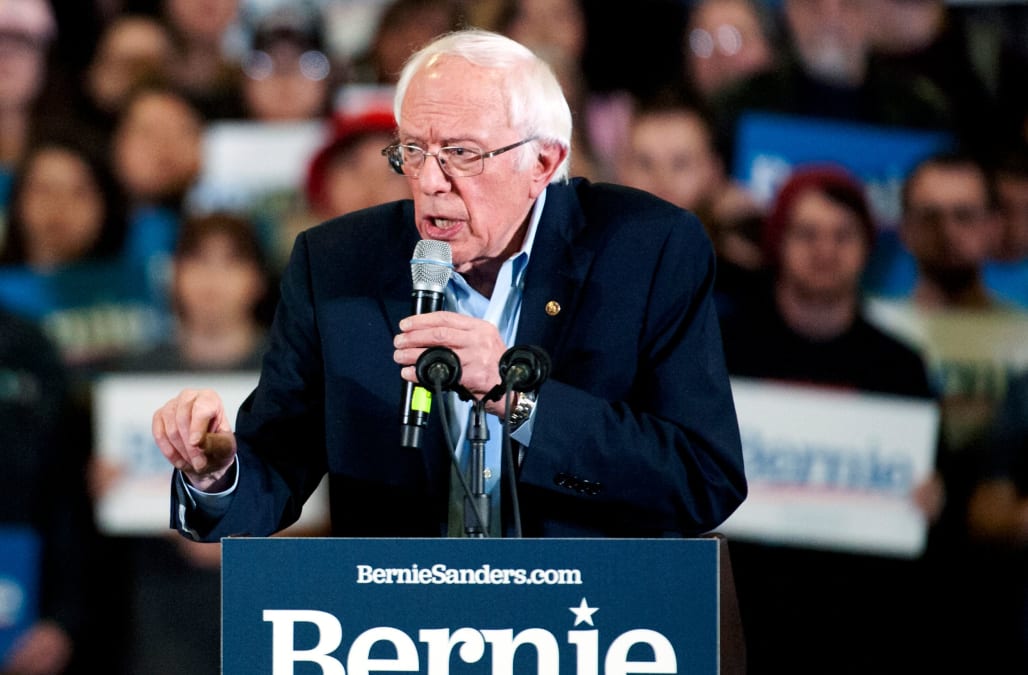 Sanders’ spokesperson Brianna Joy Gray was asked by CNN “New Day” host John Berman on Wednesday why Sanders will not release his complete medical records. In September, before Sanders had a heart attack, the 78-year-old said that he would “absolutely” release his medical records ahead of the presidential primary season. He backpedaled on that promise earlier this week.

Sanders did release letters from three doctors in December declaring him in good health and fit to campaign. Berman, however, pressed Gray for more detail: “He had a heart attack in the fall, do you think the American people deserve to know more about his health going forward?”

“I think the American people deserve to know exactly as much as every other candidate has released in this race, currently, and historically,” answered Gray. “And what you’re seeing right now is really reminiscent of some of the kind of smear, kind of skepticism campaigns that have been run against a lot of different candidates in the past. Questioning where they’re from, aspects of their lineage, et cetera, et cetera.”

Gray’s reference was to the birther conspiracy theory about Obama, which falsely asserted he was born outside the U.S. Prior to his election, Donald Trump ― and many others ― helped spread the lie. Obama was born in Hawaii.

Gray also alleged that Bloomberg, the former New York mayor who polls show now in second place behind Sanders, isn’t facing questions about his medical records, even though he’s “the same age as Bernie Sanders,” and “has suffered heart attacks in the past.”

“If they were honest with themselves,” Gray said, they “don’t support Bernie Sanders for other reasons, largely, for the same reasons that millions of working Americans do support Bernie.”

Gray’s claim about Bloomberg having heart attacks is seemingly unfounded. The former New York mayor released his medical records in December, showing no history of heart attacks. A stress test was “normal and demonstrated excellent exercise tolerance” and records showed he was on a “blood thinner after developing atrial fibrillation in the setting of otherwise normal heart function in 2018,” according to CNN.

Atrial fibrillation is an irregular heartbeat, but is not a heart attack.

Bloomberg had a stent procedure in 2000. Stents are usually placed to open clogged blood vessels, but are not heart attacks.

“The truth is: After a positive stress test in his doctor’s office at Johns Hopkins University in 2000, Mike had two coronary stents placed. ... This information has been public for years,” Sheekey said.

More from HuffPost US:
Buttigieg says he's ready to debate President Trump on ‘family values’
Bernie Sanders breaks with Alexandria Ocasio-Cortez on 'Medicare for all' strategy
Bloomberg the candidate will sell Bloomberg the company if elected, campaign says