There are only three viable presidential candidates, according to Mike Bloomberg's campaign 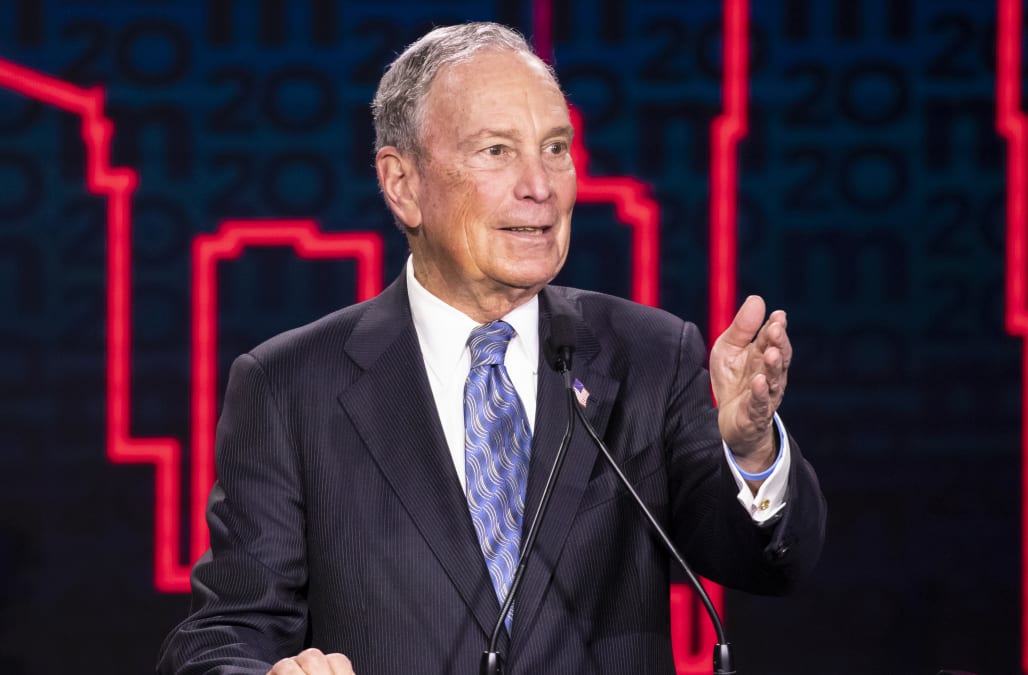 WASHINGTON — Only three candidates out of the more than half dozen vying for the White House have a viable path to the nomination, a senior official for the Mike Bloomberg campaign told reporters Tuesday.

Bloomberg states director Dan Kanninen said that “we are really down to a race where there are three people left who could really be considered viable to be sworn into office next year, and that’s Bernie Sanders, Mike Bloomberg and Donald Trump,” he said in a conference call with reporters. “And of that bunch, only Mike Bloomberg has a chance to beat Donald Trump in the fall election.”

The blunt statement provides a window into how the campaign views the other established frontrunners, including former Vice President Joe Biden and former South Bend, Ind., Mayor Pete Buttigieg. When asked if he misspoke by not mentioning Biden — who was leading the polls nationally until low vote totals in Iowa and New Hampshire knocked him off — Kanninen said it wasn’t an oversight.

“Vice President Biden, although he had a very strong public polling posture through most of the summer and into the fall — that has really collapsed,” Kanninen said. “Since the campaign in Iowa and New Hampshire ... he’s dropped 9 points, and Mike has now surpassed him.”

Kanninen added that the only Democratic rival to be set up to do well come Super Tuesday is Sanders, who is “in a position to win the nomination of the Democrats based on the polling,” though he believes that Bloomberg can catch up after results pour in in March.

The Bloomberg campaign has long claimed that its unique ability to run a national campaign while the majority of Democratic candidates were focused on early states — due to Bloomberg’s deep personal pockets of money — gives him an edge for voters who are looking for an alternative to the two dozen Democrats who were unable to secure breakaway frontrunner status in the earlier stages of the race. Later in the call, though, Kanninen warned there is a “danger” if the moderate wing of the party remains muddled, unable to coalesce behind an alternative to Sanders, who has mobilized the left-wing base of the party.

Kanninen suggested that if voters decide to support a candidate like Biden or another Democrat who’s not Bloomberg come Super Tuesday, it’s possible that Sanders could have a “delegate lead that is tough to match” even if Bloomberg comes in a “very strong second” to the Vermont senator in California.

“I think voters should understand that there is really only a two-candidate race at the top of the Democratic field, and stacking up votes for folks that do not really have viability, either in Florida or in California or other Super Tuesday states, you’re likely to perpetrate a Bernie nomination.”

Other members of Bloomberg’s staff have been less subtle in their lack of confidence that Sanders, who has scored delegates in the early contests, could decisively beat Trump in a general election.

This barb on the Vermont senator came only a day after the Bloomberg campaign slammed Sanders’s so-called Bernie Bro supporters as toxic and divisive. A feud between the billionaire former New York mayor and the Vermont democratic socialist seems to be growing by the day and will surely bubble over when the two face off onstage for the first time during the Nevada debate Wednesday evening. This will be the first opportunity for Bloomberg’s rivals to confront his record, advertising strategy and funding live onstage.

On the Yahoo News podcast “Skullduggery,” Sheekey claimed that Sanders stood no chance next to Trump in the election, and would be particularly clobbered in six critical swing states: Wisconsin, Michigan, Pennsylvania, North Carolina, Florida and Arizona.

By contrast, Bloomberg campaign advisers stressed that they are better equipped than any other Democratic candidate in those critical states, able to blanket each area with staffing numbers that easily dwarf all their competitors. The campaign already has 500 field staff on the ground in each of those states and projects that number to grow.

Currently, the Bloomberg campaign has 2,000 national staff members and claims to have had conversations with 2 million voters across the country — and it hopes to increase that number to 10 million by Super Tuesday, just two weeks away.