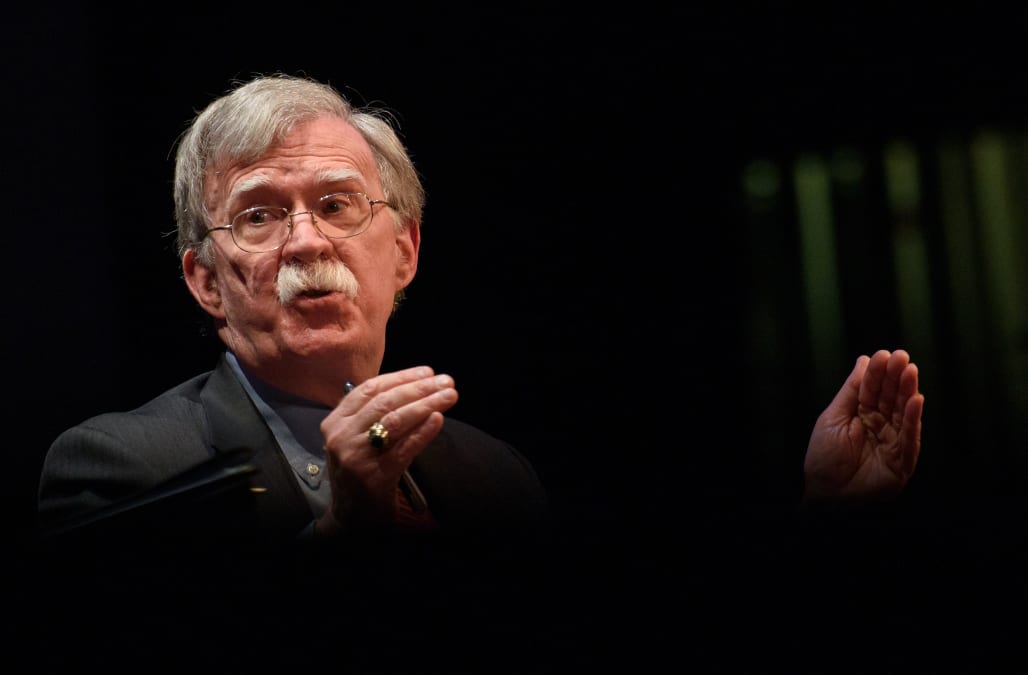 John Bolton, President Donald Trump’s former national security adviser, alluded Monday that he was worried the administration could try to bury details about his time in the White House as it reviews the manuscript for his highly anticipated memoir.

“I hope it’s not suppressed,” Bolton reportedly said during a 90-minute appearance at Duke University. “This is an effort to write history, and I did it the best I can. We’ll have to see what comes out of the censorship.”

The remarks were Bolton’s first public statements since the conclusion of Congress’s impeachment inquiry into Trump’s pressure campaign on Ukraine to investigate a political rival. The president was impeached in the House on two charges: abuse of power and obstruction of Congress. The Senate acquitted him last month, largely along party lines.

Bolton has frustrated those who hoped he would share details about his work for Trump as many current and former officials testified he was a key witness to the president’s effort to compel Ukraine to open an investigation into former Vice President Joe Biden and his son Hunter. Bolton had offered to testify should the Senate subpoena him, but Democrats weren’t able to gain enough votes to do so, and he’s made no public statements on the matter.

The auditorium applauds when Duke professor Peter Feaver asks Bolton why he was willing to comply with Senate subpoena but not House subpoena.

He again declined to speak about the Ukraine episode on Monday, merely saying that readers would “love Chapter 14” of his book, which is undergoing a prepublication national security review. The administration has already issued a terse warning about the contents of the manuscript, telling Bolton it contains “significant amounts” of classified information, including details marked “top secret” (Bolton has maintained that there are no classified details in the book).

The book is scheduled to be published March 17, although NBC notes his aides are unsure if it will make it through the review before that date. The New York Times noted Monday that Trump has continued to slam Bolton in private, saying efforts to chronicle his time in the administration amount to a betrayal.

“I didn’t think I was obligated to go through prepublication review,” Bolton said at Duke on Monday. “When my first book came out I didn’t. But we’re in the process now … and for now I’m going to let it go.”

Some details from the book have already leaked, including several allegations that Bolton was worried Trump did too many favors for the authoritarian leaders of China and Turkey. But Bolton hinted Monday that there were many more revelations to be made, calling details about Trump’s call with Ukraine merely “sprinkles on the ice cream sundae.”

Bolton also took aim at Trump’s proclivity to use Twitter to share details about the inner workings of his administration and to announce major policy decisions.

“I say things in the manuscript about what he said to me,” Bolton said on Monday. “I hope they become public someday.”

He added about the president: “He tweets, but I can’t talk about it. How fair is that?”

More from HuffPost US:
Trump campaign manager Brad Parscale tweets photo of big crowd near Air Force One - from 2004
More than 1,100 former DOJ officials press for Attorney General Barr to step down
Trump admits he sent Rudy Giuliani to Ukraine after denying it