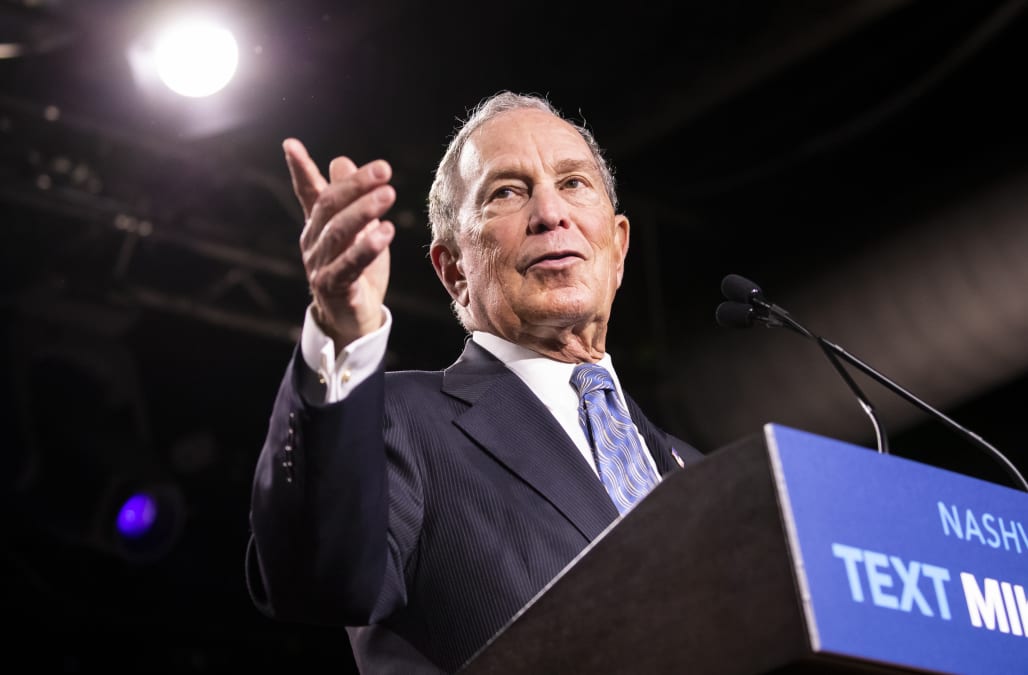 Michael Bloomberg fired back at Sen. Bernie Sanders on Monday after his rival for the Democratic presidential nomination said he wouldn't galvanize voters enough to beat President Donald Trump in November.

"The simple truth is that Mayor Bloomberg, with all his money, will not create the kind of excitement and energy we need to defeat Donald Trump," Sanders tweeted on Sunday, quoting from a speech he gave at a Democratic party gala on Saturday.

"We need to unite to defeat Trump in November," Bloomberg tweeted alongside the video. "This type of 'energy' is not going to get us there."

After running through a barrage of abusive, "Bernie or Bust" memes and posts, the video switches to a clip of Sanders saying it's "vitally important for those of us who hold different views to be able to engage in a civil discourse."

The video then fades to black and the word "Really?" appears — an attempt to paint Sanders as a hypocrite given his ostensibly single-minded, uncivil supporters. The text changes to "Really." before inviting viewers to text a phone number to learn more about Bloomberg's campaign.

Bloomberg's retaliation came after Sanders, a vocal critic of billionaires and wealth inequality, accused him of purchasing the presidency at a campaign rally in Nevada on Sunday, according to ABC News.

You can watch the Bloomberg video below:

We need to unite to defeat Trump in November. This type of "energy" is not going to get us there. https://t.co/bPuUZMs2d6pic.twitter.com/Tdp6mpWjcX

More from Aol.com:
Topless dairy industry protesters crashed the stage at a Bernie Sanders rally
Hillary Clinton 'wants back in' as Bloomberg campaign tries to quiet speculation she could be his VP pick
Rival Democrats accuse Bloomberg of trying to 'buy' election