McDonald’s customer finds dangerous surprise in her meal: ‘I felt my tooth bite into something’ 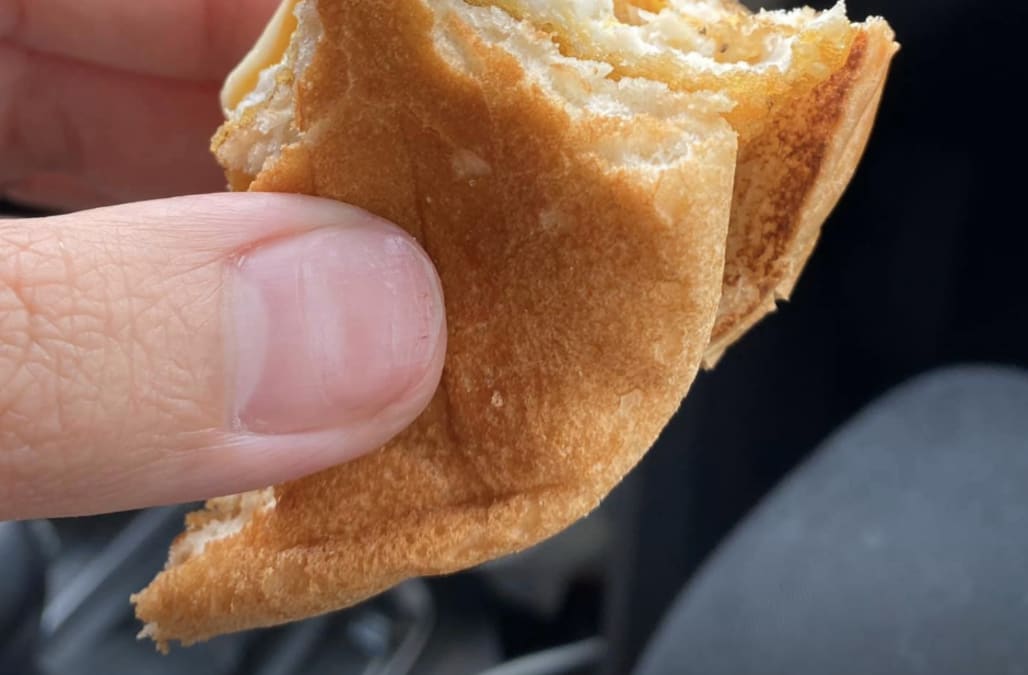 McDonald’s has issued an apology after a customer nearly fed her niece a dangerous meal from one of the chain’s Australian locations.

Ada Teaupa was at a McDonald’s in Cartwright, a suburb of Sydney, on Feb. 13 when she made the last-minute discovery. She knew something was wrong when she bit into her sandwich and felt something strangely stiff.

“I felt my tooth bite into something hard and thought ‘oh no this is glass,’” Teaupa told 7News.

The object she felt wasn’t glass, but instead a sharp metal rod. Teaupa shared her outrage about the dangerous situation — including the fact that the meal was originally intended for her 3-year-old niece — on Facebook the same day.

“Look what I found in the chicken & cheese [sandwich]!!” she wrote. “Nearly broke my tooth!!!! My 3 year old niece ordered a chicken & cheese as well and thank god I didn’t give it to her yet!”

Teaupa told 7News that her niece had asked for the chicken sandwich, but said she wasn’t hungry after the order arrived. The aunt told 7News she was grateful for that change of heart.

“The first burger I grabbed I would have offered to her, but she said she didn’t want it yet,” Teaupa said. “It could have been her biting into it.”

Regardless, Teaupa was upset by the finding and started complaining to the manager, who offered her a replacement sandwich. She told 7News she’d lost her appetite by then and left the restaurant.

McDonald’s responded to the incident the following day, apologizing for the mistake and asking Teaupa to reach out so they could investigate further.

“We are disappointed that this has happened,” a McDonald’s spokesperson told 7News “We take food safety very seriously and have strict processes and systems in place.”

“An investigation is currently underway with the restaurant, and we encourage the customer to contact us to help us to investigate fully,” the spokesperson added.

It’s unclear if Teaupa has responded to the company’s request, but in the meantime, her Facebook post has attracted comments from several users who shared her anger.

“Hope you gave them an earful and more,” one commenter wrote.

“Omgg I would’ve drove back and swore at em,” another added.