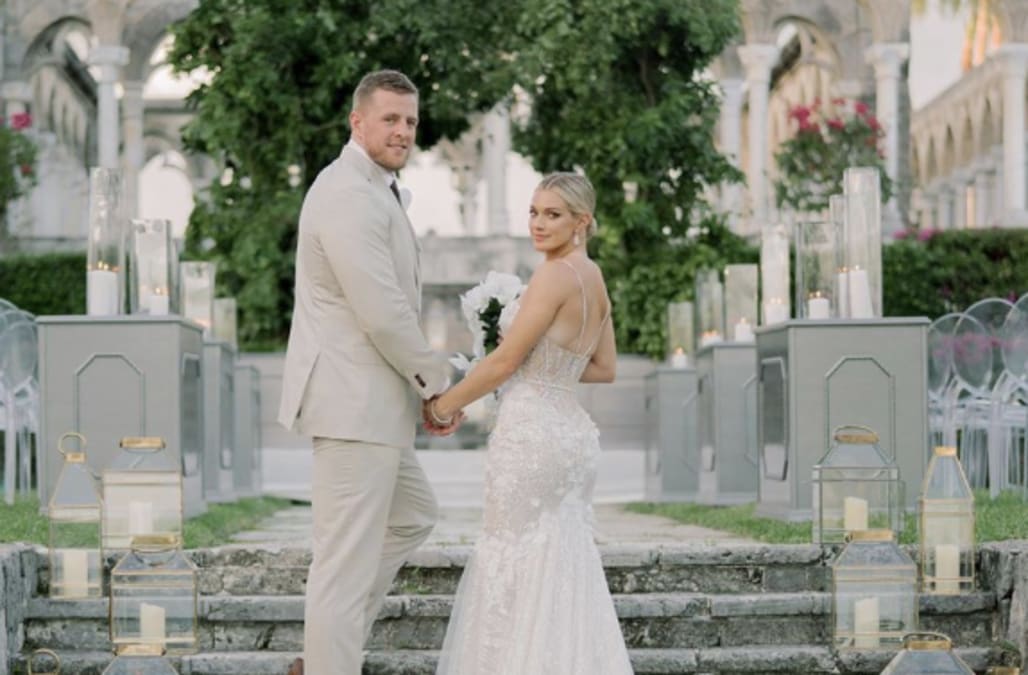 J.J. Watt and Kealia Ohai found the perfect way to celebrate Valentine’s Day weekend: they got married in the Bahamas.

Watt, defensive end for the Houston Texans, and Ohai, pro soccer player for the Chicago Red Stars, made it official on Saturday after nearly four years as a couple. On Sunday they emerged from their wedded bliss to share pictures of their special day on social media, which include formal shots taken at the Versailles Garden and French Cloister in Nassau.

One photo Watt posted on Instagram shows Ohai pointing at the words “Mr. Kealia Watt,” which were embroidered under the collar of Watt’s shirt.

The reception featured a live band, a photo booth, and four-tier cake with marbled frosting. The pair changed into causal white outfits later in the evening.

It looks like everyone had a good time — including Watt’s grandmother, who was seen cutting a rug in a video Watt posted on Sunday afternoon.

Grandma cuttin it up on the dance floor!!