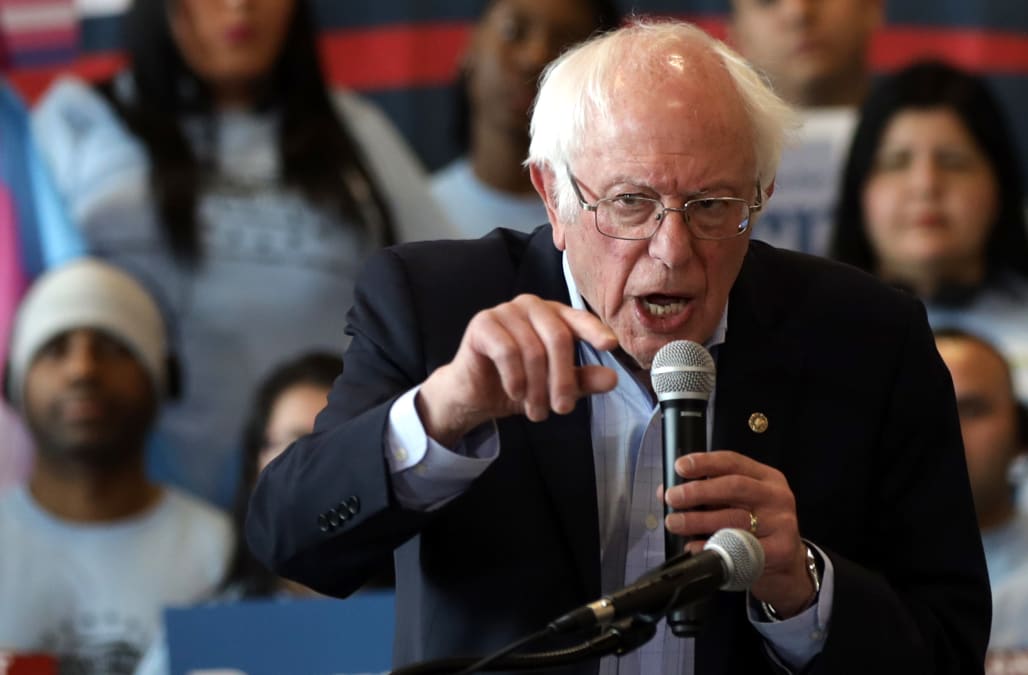 Mincing no words, Sen. Bernie Sanders (I-Vt.) took aim at fellow Democratic presidential contender Mike Bloomberg at an event in Las Vegas on Saturday — asserting the billionaire businessman and politician has little chance, despite “all his money,” of defeating Donald Trump in the upcoming election.

“Regardless of how much money a multi-billionaire candidate is willing to spend on this election, we will not create the energy and excitement we need to defeat Donald Trump if that candidate pursued, advocated for and enacted racist policies like ‘stop and frisk’ which caused communities of color in his city to live in fear,” Sanders said, referring to Bloomberg’s complicated legacy as New York City’s former mayor.

"And let me also say a word about the current campaign and say to you that regardless of how much money a multi-billionaire candidate is willing to spend on his election... pic.twitter.com/jbOAGPMWMW

Speaking at a Clark County Democratic Party dinner, Sanders also criticized Bloomberg’s earlier opposition to raising the minimum wage — a position he has since shifted on. In an ambitious labor plan released by his campaign Saturday, Bloomberg expressed support for a $15 per hour minimum wage.

Sanders went on to skewer his political rival for opposing “modest proposals during Barack Obama’s presidency to raise taxes on the wealthy while advocating for cuts to Medicare and Social Security” and for refusing to hold “the crooks on Wall Street accountable.”

Sanders’ comments came as early voting began for Nevada’s Democratic caucuses. Early voting will be held in the state through Tuesday.