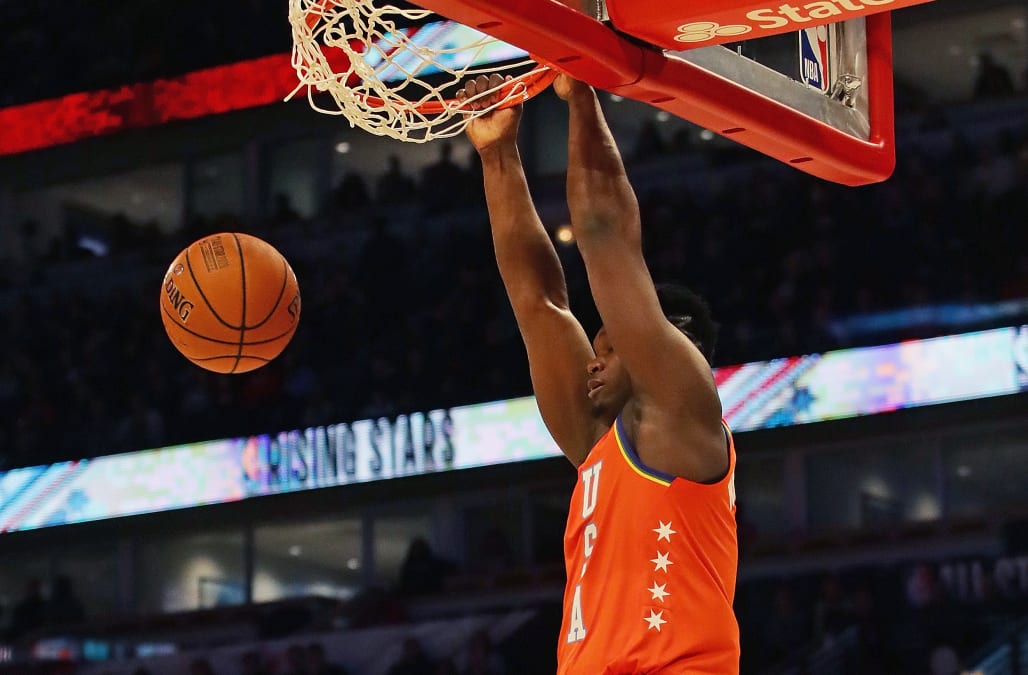 Zion Williamson wasted no time making an impact on All-Star weekend in Chicago. During the NBA Rising Stars Game, he legitimately bent the rim with a ferocious dunk.

Everyone knew that Williamson is a rare type of athlete. It’s incredible to see a player at his size move so quick and have so much bounce in his step. On Friday, he put his skills to use and left the audience in awe.

During the second quarter of action, Trae Young passed it to a wide-open Williamson. Since there wasn’t a defender anywhere near him, the No. 1 overall pick decided to send the crowd into a frenzy with a strong two-handed slam.

Williamson dunked the ball so hard that he bent the hoop to the point where it was leaning to one side. The NBA had to fix the backboard on Team USA’s side of the court due to Williamson’s thunderous dunk.

The only thing that would have made this dunk even better was if he did it over a defender.

It’s unfortunate that Williamson won’t be competing in the Slam Dunk Contest tonight. He’s such an outstanding athlete that he could probably come up with a few jaw-dropping dunks.

Williamson doesn’t have any other scheduled for this weekend in Chicago, but he definitely made his mark on the fans and the rim.