Jimmy Hoffa associate who was suspect in disappearance dies 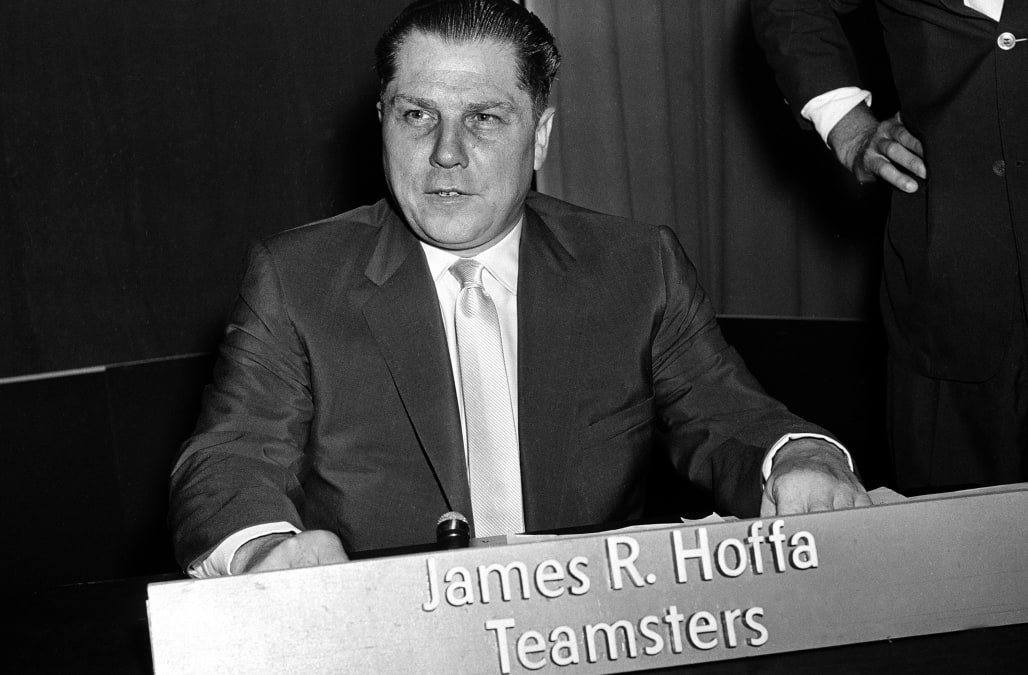 BOCA RATON, Fla. (AP) — Charles “Chuckie” O'Brien, a longtime associate of Teamsters boss Jimmy Hoffa who became a leading suspect in the labor leader's disappearance and later was portrayed in the Martin Scorsese film, “The Irishman," has died.

O'Brien's stepson, Harvard Law School professor Jack Goldsmith, said in a blog post that O'Brien died Thursday in Boca Raton, Florida, from what appeared to be a heart attack. He was 86.

O'Brien was a constant companion to Hoffa in the decades when the labor leader developed the Teamsters into one of the largest and most powerful unions in the nation in the from the late 1950s to the early 1970s. After Hoffa's still-unsolved disappearance in 1975, O'Brien became a leading suspect when the federal government publicly accused him of picking up Hoffa and driving him to his death.

Goldsmith called the accusation untrue. “But practically everyone believed it," he said.

FBI agents questioned O'Brien about the death at least a dozen times.

In an interview with The Associated Press in 2006, O'Brien denied having anything to do with Hoffa's disappearance and said he didn't think the mystery of his death would ever be solved.

O’Brien said he viewed Hoffa as a father figure. He was a child when Hoffa took him in, along with his mother.

“It’s very frustrating. I have so much inside, my love for him and his family,” O’Brien said.

Hoffa was Teamsters president from 1957 to 1971. The FBI has said his disappearance was probably connected to his attempts to regain power in the union. It was known that Hoffa intended to testify before the special U.S. Senate investigative panel, known as the Church Committee, about Mafia involvement in U.S.-backed plots to assassinate Cuban President Fidel Castro, O'Brien told the AP.

O'Brien was born in Kansas City, Missouri, in 1933. As a young child, he moved to Detroit with his mother after his father abandoned the family, and O'Brien's mother became friends with the Hoffa family. When Hoffa became president of the union, O'Brien became his special assistant at age 23, according to Goldsmith.

“They were so close, and Hoffa treated Chuckie with such affection, that many people thought Hoffa was his biological father," Goldsmith said.

In the 2019 Scorsese film, O'Brien was portrayed by actor Jesse Plemons.

O'Brien is survived by his wife, Brenda, a daughter and four sons and stepsons.