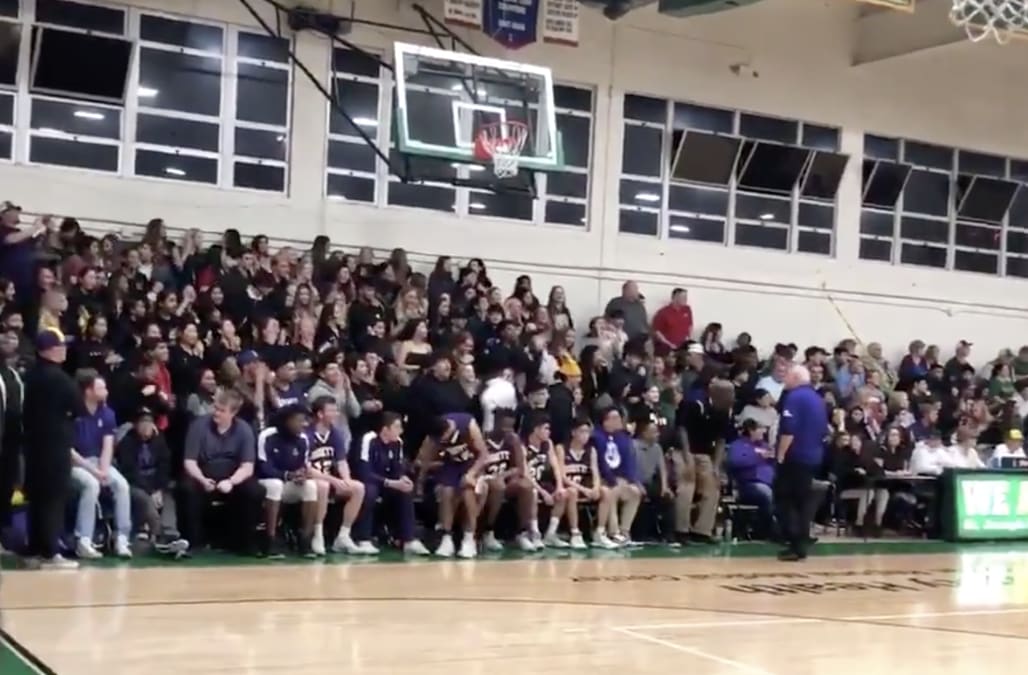 A high school principal is speaking out after a video surfaced of her students allegedly recieving “unacceptable” chants during a basketball game.

The incident occurred when St. Joseph High School, located in Santa Maria, Calif., played against nearby Righetti High School on Feb. 11. As the game ended, several students in Righetti’s student section could be heard chanting, “Where’s your passport?” the Santa Maria Times reported.

Joe Bailey, a sports reporter with the paper, posted a video of the chants on Twitter, calling the incident a “kind of disappointing ending to a good game.”

Kind of a disappointing ending to a good game as the visiting student section chanted “where’s your passport?”, apparently at SJHS players. Administrators from both schools exchanged words. There was a charged atmosphere throughout the contest. #santamariatimespic.twitter.com/xCQU7J5INA

Administrators have been quick to emphasize that the students' words were not racially motivated, although many have expressed their disappointment over the situation. The Santa Maria Times reported that St. Joseph’s basketball team has one player from France and three from Puerto Rico — the latter being a U.S. territory that does not require a separate passport.

Erinn Dougherty, the principal at St. Joseph’s, can be seen walking toward the Righetti student section in the video. She told the Santa Maria Times the following day that she would “not allow” that sort of rhetoric near her students.

“Just because I will not allow certain xenophobic statements to be made at my campus and I don’t want racially-charged rhetoric here doesn’t mean that I don’t love and respect the students of this whole community,” she said. “I think they were good kids who didn’t realize what they were saying.”

Kenny Klein, a spokesman for Santa Maria Joint Union High School District — which oversees Righetti but not St. Joseph — called the chants “unacceptable” and revealed in a statement that the situation is still being investigated.

“We are aware of the unacceptable comments exchanged from both sides of the basketball court during the heated rivalry between St. Joseph and Righetti High School Tuesday night,” Klein’s statement read.

Meanwhile, Tom Mott, St. Joseph’s athletic director and basketball coach, said he believed the Righetti students were “unaware they said a racist thing,” adding that the opposing coach, Kevin Barbarick did a “great job” of breaking up his students' chants.

But Mott was also quick to express sympathy for anyone who might have been affected by the comments.

“It’s just sad that kids who are 15, 16 or 17 years old are called out for what they look like or where they’re from,” Mott told the Santa Maria Times.

The coach added that he did not think the incident would affect the relationship between the two schools and that they would likely continue their annual games as usual. However, he was also sure to emphasize that similar chants will not be welcome in the future.

“Obviously, any type of inappropriate cheer by anybody isn’t something we welcome in our gym,” Mott said in an interview with the L.A. Times. “Any type of racism, whether intended or not, has no place in our community.”