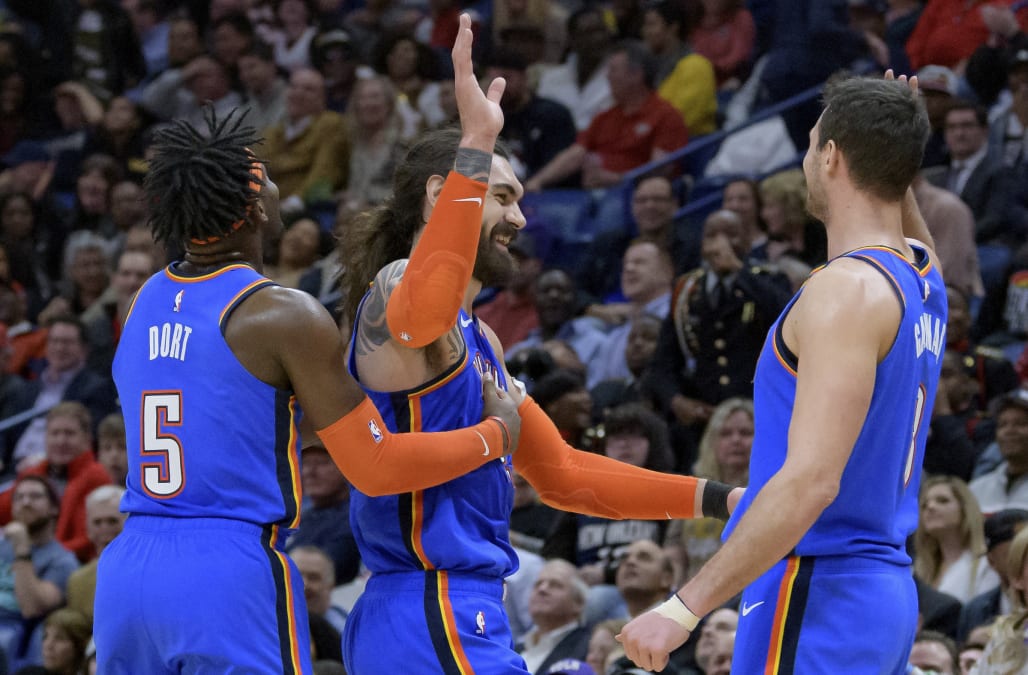 Steven Adams is one of the more serious stars in the NBA, but even he couldn't stop himself from hitting the shimmy after draining the most casual buzzer-beater in league history.

With the clock winding down on the first half and his team up by five on the new-look New Orleans Pelicans, the Oklahoma City Thunder center chucked up a one-handed football-style heave at the basket from multiple feet behind the Pelicans logo at center court.

He held his follow-through as the buzzer sounded and, as the ball fell through the net, the ordinarily reserved big man broke out a wide-armed shimmy in celebration.

Steven Adams drilled a one-handed half court buzzer-beater before the half and then hit the shimmy. What a legend 😭

As it turns out, the wild shot was Adams' first three-pointer in his seven-year NBA career.

And even though Adams seemed calm, cool, and collected throughout the big-time play, the 26-year-old New Zealander admitted that he was really, really pumped after hitting his first shot from range.

"We had a competition yesterday, half-court shots amongst the lads," Adams said postgame. "I ended up winning that one because I did the exact same shot. I don't know. It just managed to go in today. As you could tell, I was hyped. After the shot went in, I kind of blacked out."

Adams recorded 11 points and 11 rebounds against Zion Williamson and company. And despite the rookie superstar's 32-point, six-rebound effort, the Thunder came away with a 123-118 victory and Adams finished with a perfect night from beyond the arc.