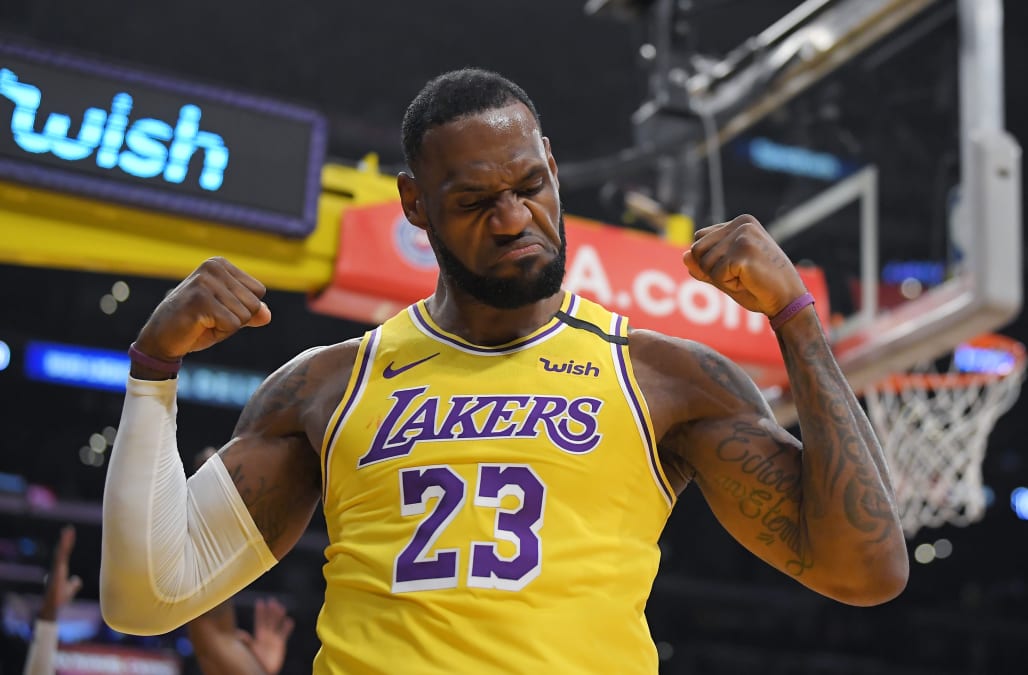 That's according to data compiled by OnlineGambling.ca, who says the Los Angeles Lakers star makes nearly twice as much per post than any other player in the league.

James has 59.7 million followers on Instagram, the fourth most of any active sports star in the world, and uses the platform to promote a number of brands including car manufacturer GMC Hummer, nutrition brand Ladder Sport, and Nike, with whom he has a lifetime shoe deal worth more than $1 billion, according to GQ.

The report says James pockets an average of $300,850 per sponsored post, meaning two would eclipse his per game earnings with the Lakers.

James' salary with the NBA side for this year is $37.4 million, according to ESPN, which breaks down to just over $451,000 per match across an 82 game regular season.

Mayah Riaz, a celebrity manager and public relations coach from the UK, says brands are willing to pay James so much because of his incredible reach on Instagram, and that his followers are more likely to pay attention to his posts as apposed to other advertising methods.

"Instagram plays such huge significance in all our lives," Riaz told Business Insider. "Over 1 billion of us are regularly scrolling the social media app. Businesses and brands recognize this and the power behind it.

"We can get switched off to adverts on social media, so brands recognize using influencers is the way forward to reach consumers. "

Another hugely popular basketball player is the Golden State Warriors star Steph Curry, who has 29.1 million followers and earns a reported $155,100 per sponsored post.

"We buy into the lives of our favorite celebrities through their photos on Instagram," Riaz said. "With the following LeBron James and Stephen Curry have, this is hugely evident."

"As we've already bought into their lives, brands realize this and are willing to pay in the thousands for a single post. They absolutely can see a greater return on investment with this over advertising on the app. Through influencer marketing, they can reach much more people in a way that advertising won't allow them."

Though LeBron tops the NBA's list of highest paid Instagram influencers, his income from the platform pales in comparison to the world's biggest soccer players and other celebrities.

Cristiano Ronaldo is the world's top earning sports star from Instagram, making $975,000 per advertised post, equating to an annual income of $47.8 million — more than his $34 million yearly salary at Juventus.

Kylie Jenner is the current queen of the platform however, making an astonishing $1,266,000 per sponsored post, according to Hopper HQ, by promoting brands such as Adidas, Vivienne Westwood, and Rolls Royce to her 162 million followers.