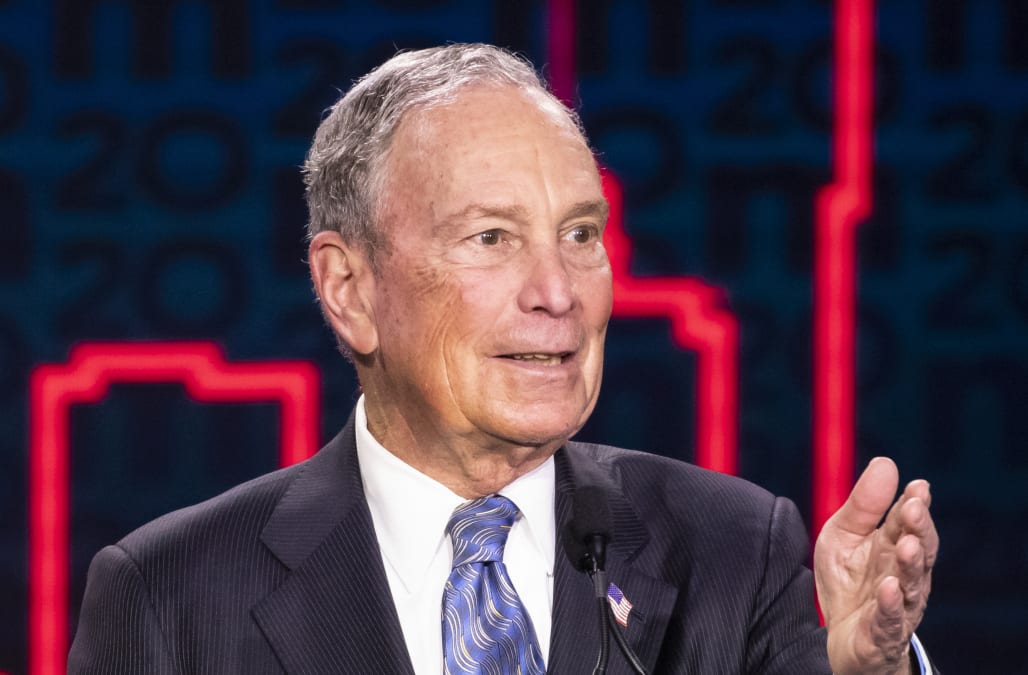 Promoting a photoshopped image of Bloomberg posted by White House social media director Dan Scavino, Trump called Bloomberg "a LOSER who has money but can’t debate and has zero presence, you will see."

"He reminds me of a tiny version of Jeb 'Low Energy' Bush, but Jeb has more political skill and has treated the Black community much better than Mini!" Trump said, resurfacing his attack on Bush from the last campaign and pointing to years-old eye-opening comments Bloomberg made in defense of "stop-and-frisk" — a policy Trump has backed as president — that gained attention this week.

Trump continued in a second tweet that Bloomberg "is a 5’4” mass of dead energy who does not want to be on the debate stage with these professional politicians."

"No boxes please," Trump said. "He hates Crazy Bernie and will, with enough money, possibly stop him. Bernie’s people will go nuts!"

Bloomberg snapped back on Twitter, saying that he and Trump "know many of the same people in NY."

"Behind your back they laugh at you & call you a carnival barking clown," Bloomberg continued. "They know you inherited a fortune & squandered it with stupid deals and incompetence. I have the record & the resources to defeat you. And I will."

Trump has repeatedly mocked Bloomberg's height and refers to him as "Mini Mike."

In a pre-Super Bowl interview on this month, Trump said he thinks "of little" when he hears Bloomberg's name.

“I think it's very unfair for the Democrats. But I would love to run against Bloomberg,” Trump said. “I would love it."

It was unclear what Trump was referring to in claiming Bloomberg requested a box to stand on during an upcoming Democratic primary debate, something Trump again pointed to on Thursday.

Bloomberg is listed as 5 feet, 8 inches tall on Google.

In response to those insults, Bloomberg's campaign said Trump was "lying."

Trump "is a pathological liar who lies about everything: his fake hair, his obesity, and his spray-on tan," Bloomberg campaign spokesperson Julie Wood said in a statement.

The attacks come as Bloomberg, who is campaigning in North Carolina on Thursday, has risen in several national polls as well as in Super Tuesday states. Bloomberg has built up a massive campaign infrastructure even while he opted to bypass the first four states on the Democratic primary calendar. He is expected to qualify for the debate stage in the upcoming Las Vegas contest, which will be hosted by NBC News and MSNBC.