Report: Bengals to work with Andy Dalton on trade out of Cincinnati 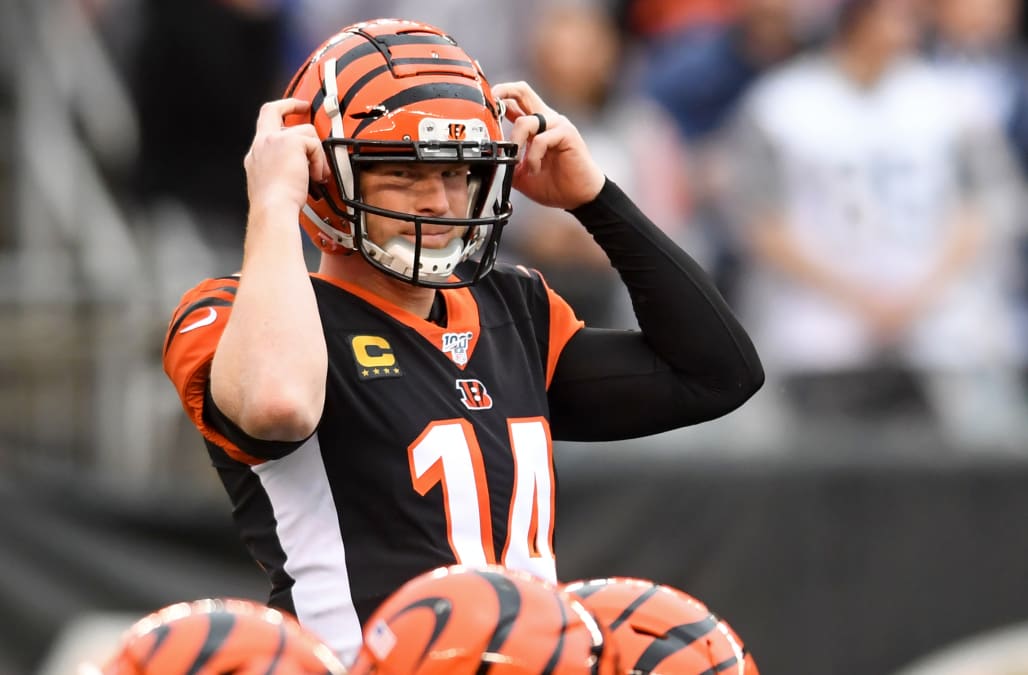 With their eyes presumably on Joe Burrow in the NFL draft, the Cincinnati Bengals reportedly plan to work with Andy Dalton on an exit plan.

NFL Network’s Ian Rapoport reports that the Bengals intend to find a landing spot for their veteran quarterback that he’s on board with “when the time is right.”

“They’re not going to do anything that puts him in a bad spot or that he does not agree with going forward,” Rapoport reported on Wednesday.

Dalton has been the Bengals’ starting quarterback since they selected him out of TCU in the second round of the 2011 draft. He’s started all 16 games in six of his nine NFL seasons and never played fewer than 11 games since he’s been in the league.

He’s never won a playoff game and hasn’t thrown a pass in the playoffs since the 2014 season. Hence the Bengals landing the No. 1 pick in this year’s draft and the impetus for change under center.

End of an era?

Burrow — the Heisman Trophy and national championship-winning quarterback LSU — is largely considered the target for Cincinnati in the upcoming draft, leaving the Bengals with the task of figuring out what to do with their longtime starter.

It sounds like they don’t intend to keep him around to help ease a rookie quarterback into the NFL.

Dalton has made three Pro Bowls in his career, but his Bengals teams have struggled as his accuracy and production has fallen off in recent years. He’s approaching the final season of a six-year, $96 million contract and carries a cap hit of $17.7 million in 2020.

That money is not guaranteed, meaning an outright release is not off the table.

Given the NFL’s penchant for recycling quarterbacks with pedigree, it seems likely Dalton will find another chance with a team desperate for a starter.