Bronny James went berserk on the sideline after his little brother, Bryce James, dropped a defender 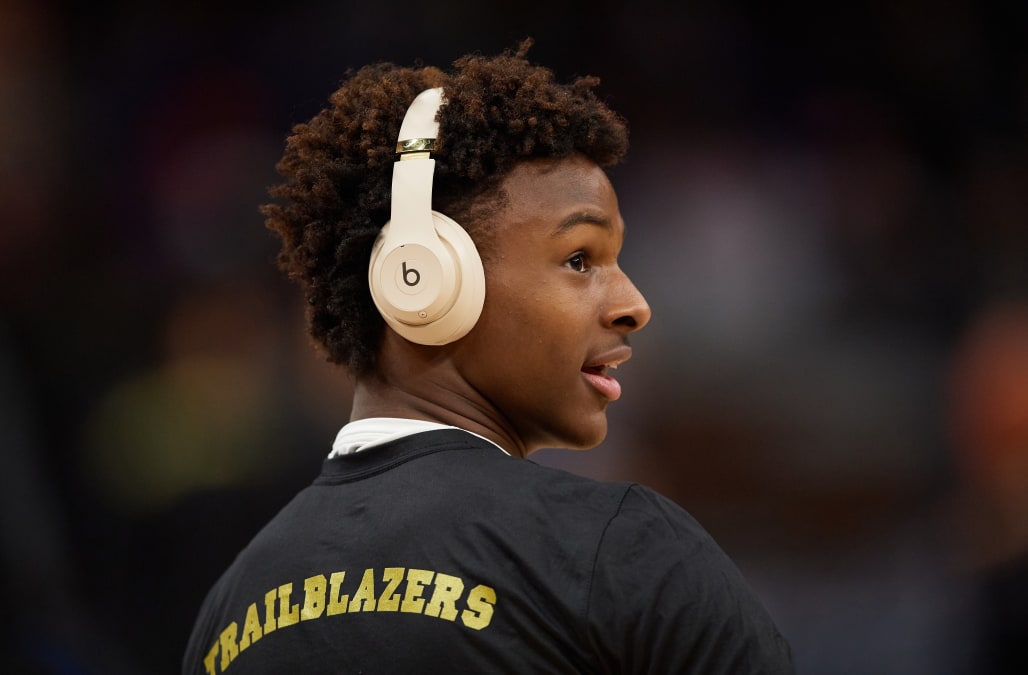 LeBron James' son, Bronny James, has been balling out for Sierra Canyon this year, but he's not the only James kid with his dad's aptitude on the court.

Bryce James — Bronny's younger brother and LeBron's second of three children — plays for a lower-level Sierra Canyon team. And from the looks of it, the 12-year-old has some serious basketball skills in his own right.

In a clip posted on the SLAM HS Hoops Twitter page Wednesday night, Bryce brought the ball up from beyond the arc before driving on his defender. He picked up his dribble near the free-throw line, dropping his defender to the hardwood in the process, before draining a jumper.

Bronny watched the scene unfold from the sidelines, and once his little brother drained the shot, he went wild celebrating.

As a freshman at Sierra Canyon, Bronny has averaged 6.8 points per game and gotten attention for quite a few highlights of his own. And now, it looks like Bryce — who LeBron has described as the best shooter in the James family — is well on his way to carving out his own basketball legacy.