Astros finally apologize for 2017 sign-stealing scandal: 'I hope to regain the trust of baseball fans' 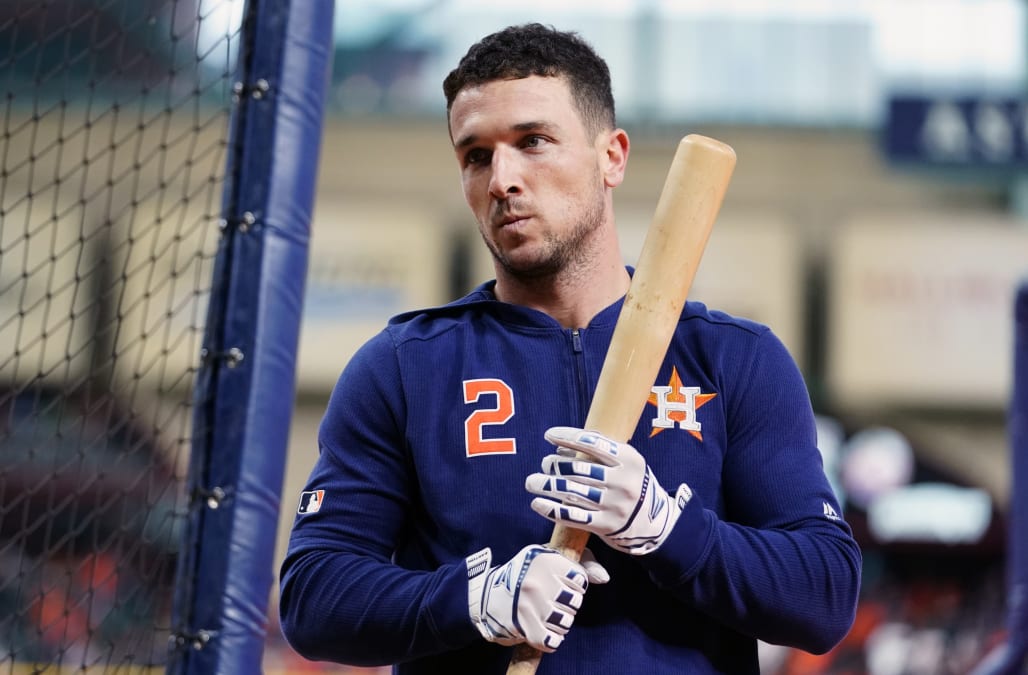 Team owner Jim Crane spoke first, saying this will never happen again while he’s in charge. Crane placed the blame for the scandal on the front office and leadership, saying he agrees that the players should not be punished for a failure of leadership.

Bregman then spoke, saying he was sorry for what happened. He also asked forgiveness from baseball fans.

Alex Bregman: "I am really sorry about the choices that were made by my team, by the organization and by me. I have learned from this and I hope to regain the trust of baseball fans."

Altuve said he felt remorse for what happened.

Jose Altuve: "I want to say that whole Astros organization feels bad about what happened in 2017. We especially feel remorse for the impacts on the fans and the game of baseball. Our team is determined to move forward."

After Altuve and Bregman returned to the clubhouse, Crane and Baker stuck around for questions. Crane addressed a number of issues, including how the scandal impacted the 2017 postseason.

Jim Crane: “Our opinion is this didn’t impact the game. We had a good team. We won the World Series and we’ll leave it at that.”

Crane also said he did not believe the team used electronic buzzers to steal signs in 2019.

Jim Crane: "I truly believe there were no buzzers ever.'

Crane also said he doesn’t think he should be held accountable for the actions of his team. He also said he didn’t think it was necessary to reach out to the Los Angeles Dodgers.

Throughout the press conference, Crane made it clear he wasn’t sure whether the sign stealing actually helped the Astros.

What are you guys apologizing for?

While Baker was at the press conference, he didn’t answer many questions. Baker was the manager of the Washington Nationals in 2017. After two years out of baseball, Baker joined the Astros this offseason.

Baker said he hopes MLB is able to clean up the game.

Dusty Baker: Hopefully baseball can clean up the game where this doesn't happen again here or anywhere else.

Both Altuve and Bregman have been accused of using electronic buzzers to steal signs in 2019. They have denied those accusations.

The sign-stealing scandal came to light during the offseason, when former Astros pitcher Mike Fiers — now a member of the Oakland Athletics — went on the record to expose the Astros’ trashcan-banging scheme. Major League Baseball launched an investigation into the Astros based on Fiers’ comments. As a result, the league fined the Astros, docked them multiple draft picks and suspended general manager Jeff Luhnow and manager A.J. Hinch for a year. Both Hinch and Lunhow were fired by Crane hours after that punishment came down.

The fallout from the scandal around the league has been palpable. After months of angrily thinking about the scandal, opposing players and managers unleashed their thoughts on the Astros when pitchers and catchers reported. New York Yankees manager Aaron Boone and catcher Gary Sanchez expressed doubt that the Astros were completely clean in 2019, Masahiro Tanaka said he felt cheated out of a championship in 2017 and Los Angeles Angels starter Andrew Heaney said he hopes the Astros “feel like s—-.” One former MLB pitcher even filed a lawsuit against the team.

Given the reaction around the league, the Astros had to come out and say something about the scandal. Whether the team’s apology was enough to satisfy angry and frustrated players remains to be seen.