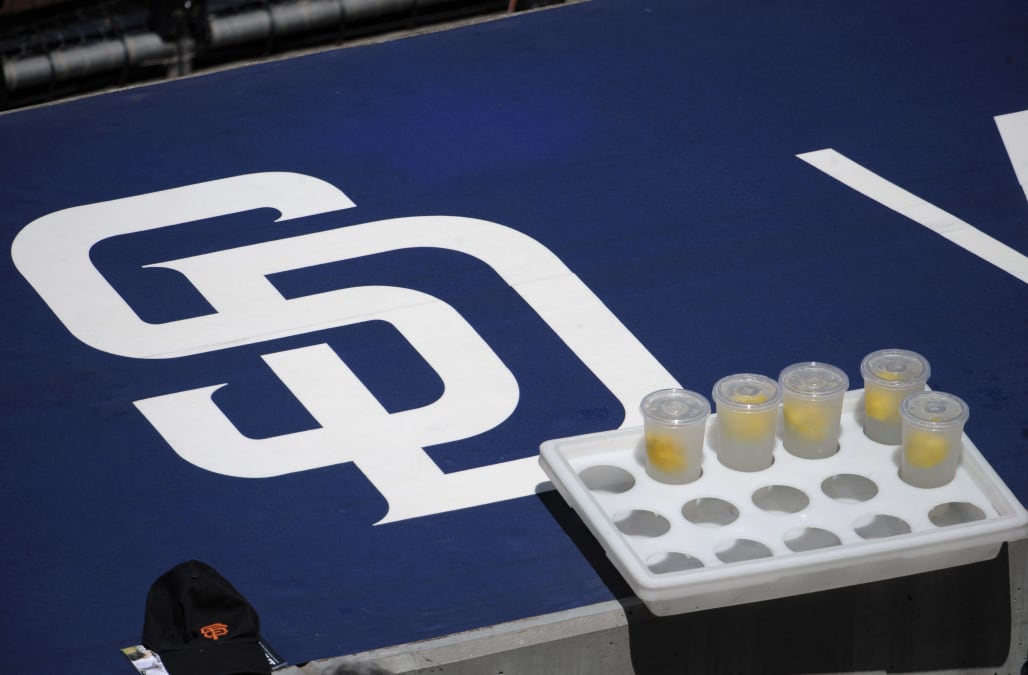 The San Diego Padres are swapping out their spring training after fans pointed out that the design looked like a swastika.

The unfortunate design of the cap was the result of a combination of two previous Padres logos — the interlocking "SD" of San Diego and the team's mascot the Swinging Friar.

Across the league, teams are sporting hats through spring training with their own logo mash-ups designed by the MLB and New Era, but for the Padres, the result was more trouble than it was worth.

This is embarrassing. The Padres, days before spring training opens, have had to shelf the caps they were planning to wear and sell, because folks thought the SD inside the Friars logo looked too much like a swastika! pic.twitter.com/bsgfoCPT2I

Yeah, once you see the Padres Batting Practice Swastika, it's hard not to see it. https://t.co/3H7dQziwVR

Between losing out on the Mookie Betts trade and releasing a hat with an accidental swastika on it, this has been a banner day for the San Diego Padres.

So I know I'm not the only person that saw this, but our spring training logo has a swastika in the middle? @Padrespic.twitter.com/GmKbmRhuwj

According to Kevin Acee at the San Diego Union-Tribune, the Padres decided against making the hats a part of their regular wear for spring training.

"Following our offseason uniform rebrand and the overwhelmingly positive response from Padres fans, we've decided to wear our regular season brown caps with the gold 'SD' for the majority of spring training," said Padres chief marketing officer Wayne Partello, per the Union-Tribune's report.

The team's decision to switch was evident on Tuesday when Acee photographed players working out in preparation for spring training in their regular-season "SD" hats.

On Twitter, fans were thankful the team elected to make the switch.

Thank you, @Padres, for going with the regular season hats for #PadresSpringTraining instead of the new hats that may or may not have a swastika on them. pic.twitter.com/J8dQOH2hw5

I am pleased they recognized they were wrong, and fixed it. Padres front offices of the past would have Trumpian-esq double-downed on the obvious mistake and keep peddling the line of “the vast majority of fans love it” and put out a team wearing swastikas for all of ST.

According to Acee, the hats will still be worn for at least one spring training game, as they were billed as "the official on-field caps of spring training and regular season batting practice."

Aaron Rodgers and Danica Patrick sent an 18-year-old 400 ice pops after she professed her love for him in a viral video. The teen says she's 'extremely embarrassed' but 'not surprised.'

A former MLB pitcher is suing the Houston Astros, saying their cheating led to a 29-pitch, 4-run outing that ended his major league career

'I know we got time left!': Patrick Mahomes snapped at teammates before Super Bowl comeback