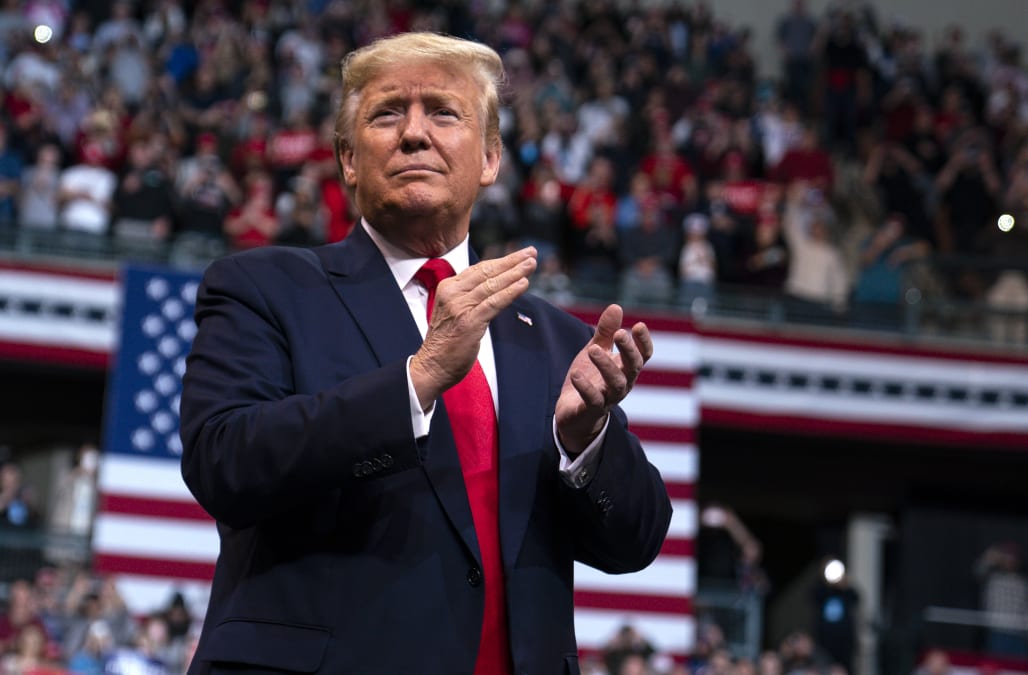 The Daytona 500 could be in for its first presidential visit in over 15 years.

Per the Orlando Sentinel, President Donald Trump is expected to attend the season-opening NASCAR race. Trump’s attendance at the 500 would be the first time a sitting president has attended the race since President George W. Bush went to the race in 2004.

A notice to airmen, or NOTAM, released by the DeLand airport stated that the Federal Aviation Administration’s Daytona Beach Tower “has advised us that there is a strong possibility that President Trump will attend the Daytona 500 Sunday arriving about 13:30 [1:30 p.m.] and sticking around for a couple of hours.”

The notice said such a visit would make flying over the Volusia County area difficult for a period of time on Sunday.

If Trump flies into Daytona on Air Force One, he’ll likely arrive at Daytona Beach International Airport, which is located just south of Daytona International Speedway outside the backstretch. Fans in the grandstands will be able to see Air Force One land and take off from the airport.

Here’s a video of Bush landing at the airport in 2004 ahead of the 500. That race was won by Dale Earnhardt Jr.

The most famous presidential visit to Daytona came on July 4, 1984. President Ronald Reagan was in attendance for Richard Petty’s 200th (and final) Cup Series win.

Trump was endorsed by Brian France in 2016

Trump has shown an affinity for NASCAR and the France family since former NASCAR CEO Brian France endorsed Trump when he was running for president in 2016. After France publicly endorsed Trump at a Georgia rally — a personal and private endorsement per NASCAR’s spokespeople at the time — Trump said on multiple occasions that he had been endorsed by NASCAR.

In February of 2018, Trump called France and his family “special people.” Less than six months later, France took a leave of absence that extended into a parting of ways with NASCAR after he was arrested for DWI and drug possession in New York.

The Daytona 500 would be Trump’s first major sporting event appearance since he went to LSU’s national title game win over Clemson in New Orleans in January. And it’ll make for long security lines for fans in attendance.

The race will also provide him a very friendly environment. It’s not inaccurate in the slightest to say that NASCAR fans are largely Trump supporters and Trump carried Florida on his way to victory in the 2016 election.