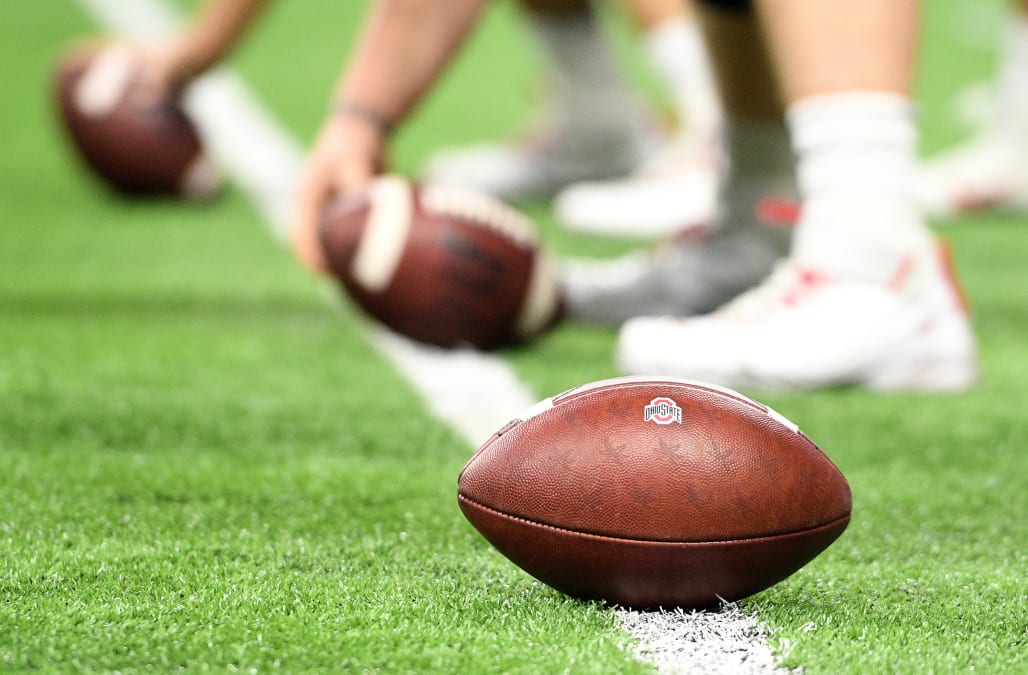 The two Ohio State football players accused of rape and kidnapping have been dismissed from the program.

Buckeyes head coach Ryan Day announced Wednesday that Amir Riep and Jahsen Wint are no longer members of the program. Riep and Wint were booked into jail early Wednesday after warrants had been issued for their arrest. The two are accused of sexually assaulting a woman last week and are each facing two first-degree felonies. They are scheduled to be arraigned in Franklin County (Ohio) Municipal Court on Thursday.

“I have dismissed Amir Riep and Jahsen Wint from our football program. I am not making any statement on the criminal charges, but it is clear they did not live up to our standards and my expectations,” Day said in a statement. “The athletics department will make sure they both continue to have access to the health and well-being resources available to students and student-athletes. Due to the ongoing criminal investigation, I will not be commenting further.”

According to police, the alleged assault took place on Feb. 4 at an apartment Riep and Wint share in Columbus. A police affidavit says Riep and the woman initially began to have consensual sex, but the woman then said she did not want to continue. Soon after, Wint entered the room and asked to join in, per police.

From the Columbus Dispatch:

Wint then entered the room and asked if he could join. An affidavit filed by police accused Wint of grabbing the woman by the neck, forcing her on her hands and knees and raping her. Riep then held her in place by the hips and with his body, while Wint forced oral sex, police said. The woman pushed Wint away but he forced her again to have oral sex.

After telling her she needed to take a shower, Riep then drove the woman home. The woman reported the incident to police less than three hours after it occurred.

Riep and Wint were both backup defensive backs for the Buckeyes in 2019 as juniors. Riep, a cornerback from Cincinnati, has appeared in 37 games for OSU, totaling 33 tackles and three interceptions. He had 20 tackles and two picks in 2019. Wint, a safety from Brooklyn, New York, has played in 35 games at Ohio State with 40 tackles and 2.5 tackles for loss.

The 2020 season was set to be the final year of collegiate eligibility for both players.