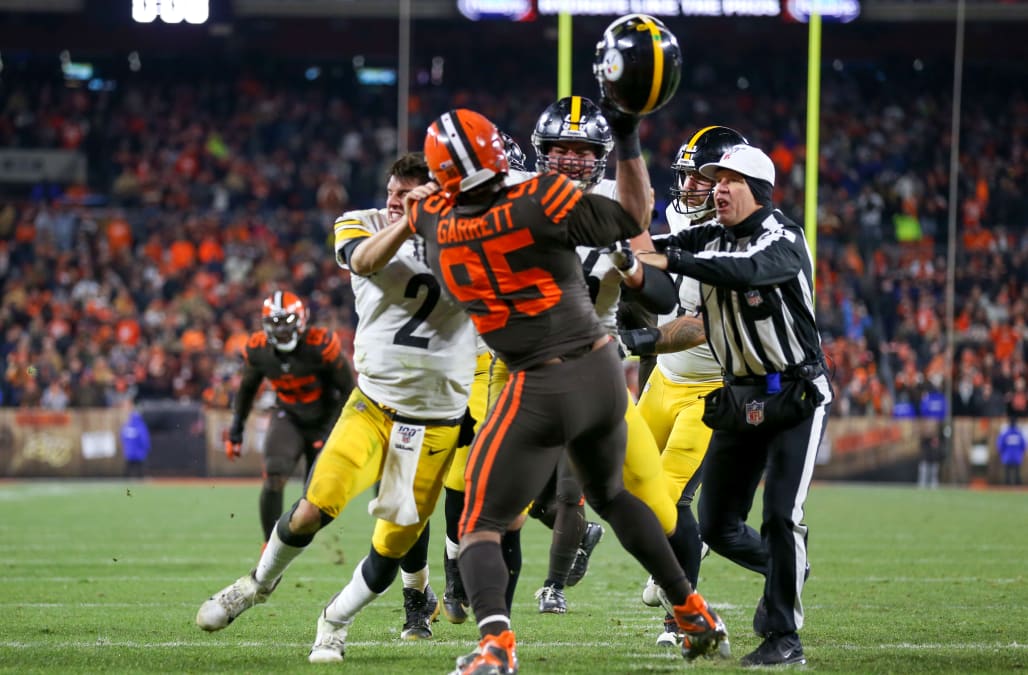 The NFL didn’t make Myles Garrett wait to learn about his status for the 2020 season.

Garrett is back. The Cleveland Browns defensive end, suspended for one of the most shocking on-field acts in recent memory when he yanked Pittsburgh Steelers quarterback Mason Rudolph’s helmet and hit him in the head with it, was reinstated according to Mary Kay Cabot of the Cleveland Plain Dealer.

Garrett was suspended indefinitely with six games to go in the regular season, and the most likely outcome always seemed to be that he would be allowed to play after those six games were up.