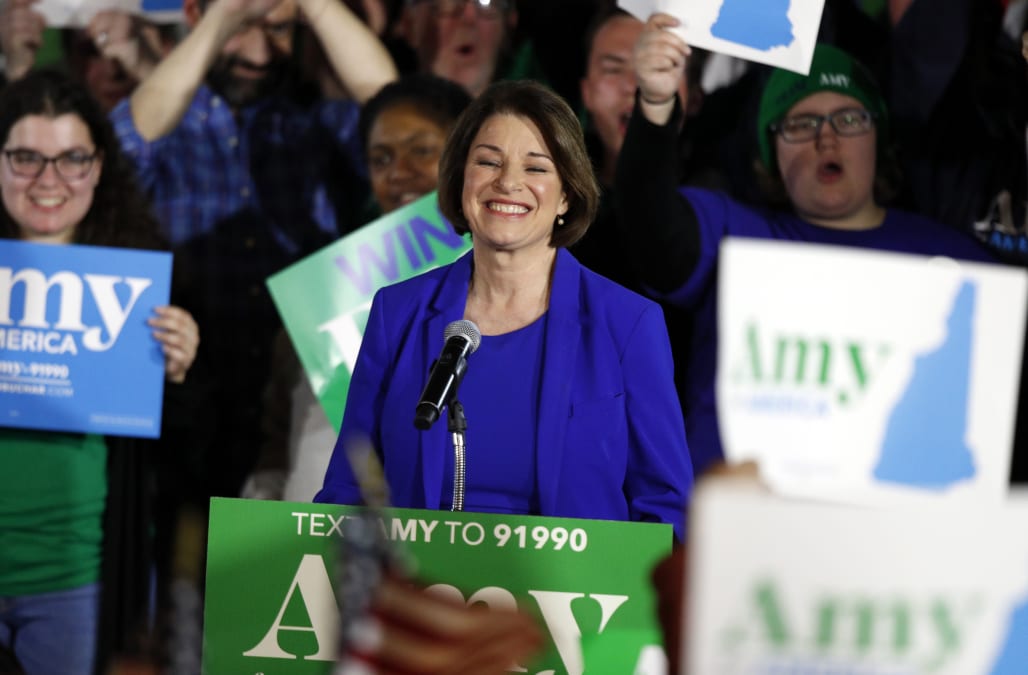 Amy Klobuchar raised $2.5 million in four hours after her third-place finish in the New Hampshire primary, her campaign said on Wednesday, a boost as she tries to beef up her operations for the upcoming contests in Nevada and South Carolina.

The moderate U.S. senator from Minnesota had languished in the middle of a large Democratic pack before a strong debate performance last Friday -- and rival Joe Biden's stumbles in Iowa and New Hampshire -- sparked new interest in her candidacy.

"Thanks to the team's strong showing, we raised more than $2.5 million since the polls closed," campaign manager Justin Buoen said on Twitter. "Bring on Nevada, South Carolina and beyond!"

Tuesday night's donations marked the fourth time Klobuchar's campaign brought in seven-digit surges of funding in one- or two-day rushes. Amid slowly increasing visibility she raised $11.4 million in the fourth quarter - more than twice her third quarter haul but less than half of what rival former South Bend, Indiana, Pete Buttigieg took in.

She will face new challenges in the next three weeks, which bring votes in Nevada, South Carolina and 14 more states on March 3's Super Tuesday. In addition to the logistical challenges, Nevada and South Carolina represent candidates' first major test with large numbers of Latino and African-American voters.

Pitching herself as a pragmatist, Klobuchar is targeting former Republicans unhappy with President Donald Trump, moderate Democrats uninterested in Biden or disappointed by his early performances, and progressives who feel that her practical approach makes her more electable than Warren or Sanders.

The 59-year-old used her late-2019 surge in fundraising to blanket Iowa with staff and traveled to each of the state's 99 counties, an expensive and exhausting bet that paid off by raising her into the top tier of finishers, her one delegate and fifth place win enough to propel her campaign forward into New Hampshire.

Nationally just 3% of registered Democrats and independents supported her candidacy in the latest Reuters/Ipsos poll.

A New Hampshire bounce may not help Klobuchar in South Carolina, where she has done little campaigning and is not well known, said Bakari Sellers, a political analyst in that state.

"You can't just parachute into black communities," said Sellers, who backed the now-ended campaign of Senator Kamala Harris and is not currently supporting another presidential candidate. "You can't expect support if you don't have the relationships."

"Pete Buttigieg is right around 4% in the African-American community - Amy Klobuchar is at 0," said Biden campaign co-chair U.S. Representative Cedric Richmond, which matches the politicians' recent results of Democratic-leaning voters in a national Quinnipiac poll released on Monday. "If you look at those numbers, you cannot come through diverse states without support in the African-American community." (Reporting by Sharon Bernstein in Sacramento, additional reporting by Trevor Hunnicutt in New York; Editing by Scott Malone and Alistair Bell)