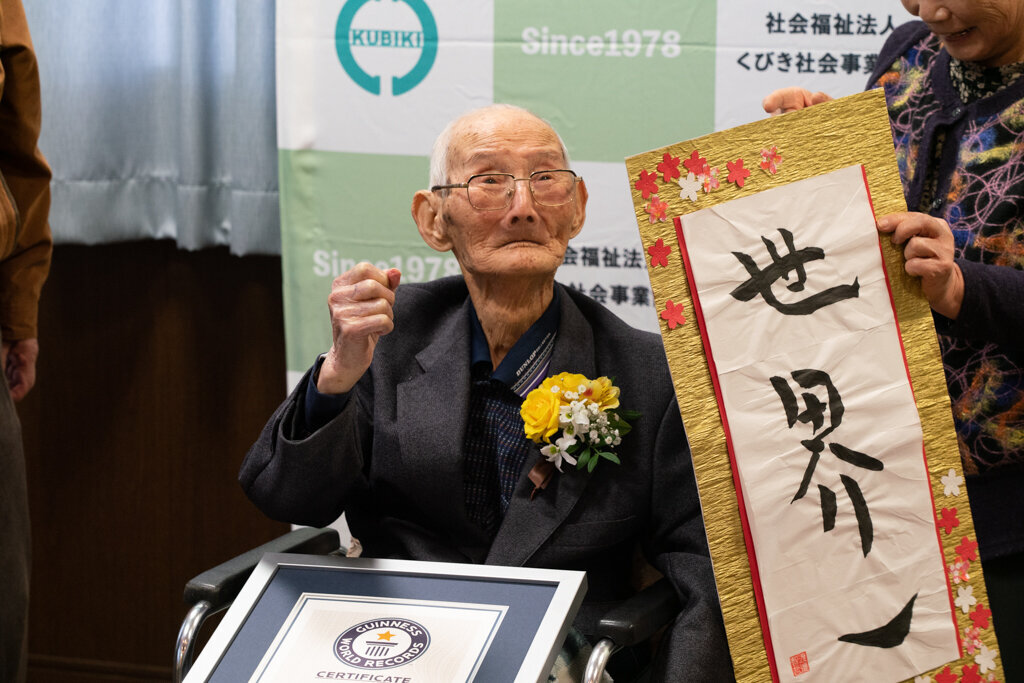 That’s the age of Chitetsu Watanabe, who has just been declared the oldest living man by Guinness World Records.

Watanabe, of Niigata, Japan, was awarded the honor after the death of fellow Japanese citizen Masazo Nonaka, who was 112 years and 266 days old when he died on Jan. 20.

Watanabe credits his long life to not getting angry and keeping a smile on his face as much as possible, according to Yoko Watanabe, his daughter-in-law.

“I’ve lived together with him for over 50 years, and I’ve never seen him raise his voice or get mad,” she told Guinness. “He’s also caring. When I was working on my patchwork hobby, he was the one who praised my work the most.”

“I think having lived with a big family under one roof, mingling with his grandchildren and great-grandchildren, helped keep a smile on his face as well,” she said.

Although he turns 113 on March 5, Watanabe has a long way to go before he’s declared the oldest man ever to live. That honor goes to Jiroemon Kimura of Japan, who was 116 years 54 days when he died on June 12, 2013.

He’s got an even longer wait if he is to beat Jeanne Louise Calment as the oldest person ever. She lived to 122 years and 164 days before dying in August 1997.

More from HuffPost US:
The Story Behind One Of Harry And Meghan's Most Viral Videos
Cable News Just Can't Bring Itself To Admit That Bernie Sanders Won
Taika Waititi Is Down For Valkyrie To Be 'Explicitly Queer' In 'Thor 4'