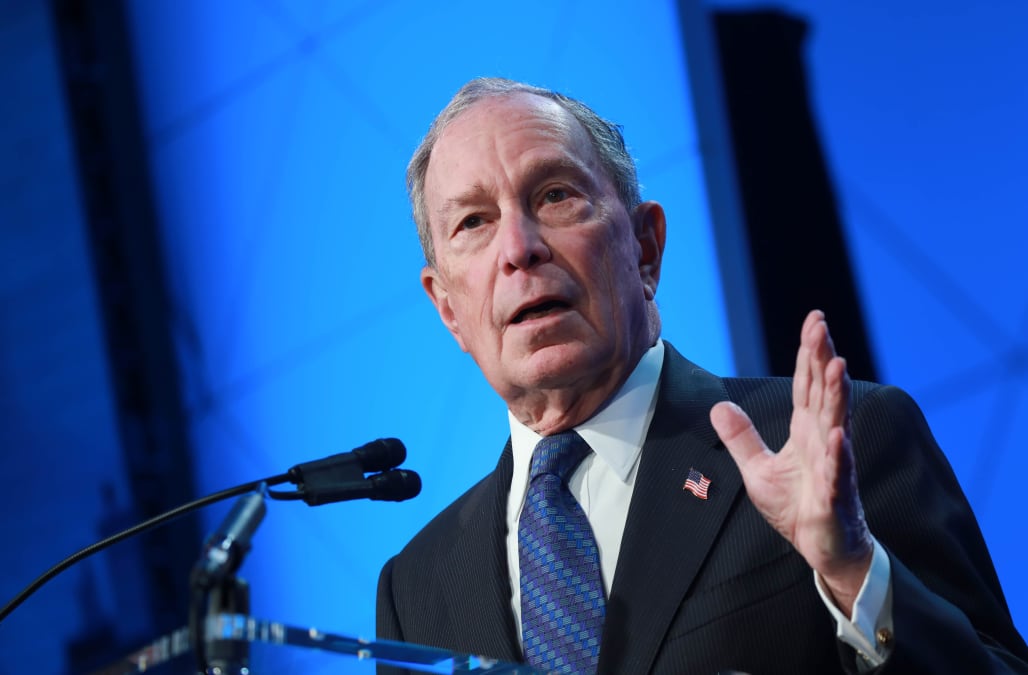 CHATTANOOGA, Tenn. — Former New York Mayor Michael Bloomberg is working to bounce back from newly unearthed comments he made about crime in minority neighborhoods by casting the controversy as a cynical attempt by President Donald Trump to blunt his momentum in the presidential race.

A day after an audio clip emerged of Bloomberg bluntly defending the stop-and-frisk policy he oversaw as mayor, Bloomberg’s campaign manager, Kevin Sheekey, sought to portray it as an indication Trump is worried about Bloomberg’s rise and the prospect of running against him in the general election. Trump on Tuesday tweeted out the clip and called Bloomberg a “total racist,” although he later deleted the tweet.

“When you threaten Trump, you become a target,” Sheekey tells NBC News. “Mike was mayor for 12 years and fought for all New Yorkers, but he also knows you don’t back down from a bully and we are in a war to remove him from office.”

Although the audio clip from a 2015 speech by Bloomberg was discovered and published by a supporter of Sen. Bernie Sanders, I-Vt., it caught fire on social media just as voters in New Hampshire were going to the polls Tuesday in large part due to amplification by the president and his son, Donald Trump Jr., who called Bloomberg’s comments “shocking by any reasonable standard of today.” That’s despite the fact that Trump has and continues to be a strong supporter of stop-and-frisk policing policies.

Still, Bloomberg campaign officials said they were not surprised that they were getting additional heat and stepped-up scrutiny from both his Democratic and Republican rivals as the former mayor surges in national polls, where he’s currently one poll away from qualifying for next week’s Democratic debate. Democrats took particular notice of a Quinnipiac national poll this week that showed Bloomberg at 22 percent among black Democratic primary voters, eating away at former Vice President Joe Biden’s biggest advantage in the primary.

It was unclear how much damage the newly published comments would do to Bloomberg’s standing with black voters, but his campaign moved quickly into damage-control mode.

Within hours of the audio recording surfacing, Bloomberg met with more than 20 black faith leaders at his campaign headquarters in New York and then released a statement from them voicing continued support for his campaign.

On Wednesday, as he kicked off a two-day campaign swing through Tennessee, North Carolina and Texas, his campaign rolled out new endorsements from two members of the Congressional Black Caucus: Rep. Lucy McBath, D-Ga., and Rep. Stacey Plaskett, the House delegate from the U.S. Virgin Islands.

“I am proud to stand with him in this race, and work with him when he is in the White House to keep our communities safe,” McBath said in a statement that emphasized Bloomberg’s advocacy on gun control.

The fresh scrutiny on Bloomberg comes as the New Hampshire primary results suggest Democrats may be in for a protracted primary fight that could benefit Bloomberg, who is skipping the early states in hopes of racking up large numbers of delegates in the states that vote next month on Super Tuesday and beyond.

Already, Bloomberg has poured more than $300 million of his own money into ads and organizing across the country, with staff in more than 40 states, far outpacing what his Democratic rivals who are relying on campaign donations have been able to amass.

Ruhle reported from New York, and Lederman and Barrett from Chattanooga.