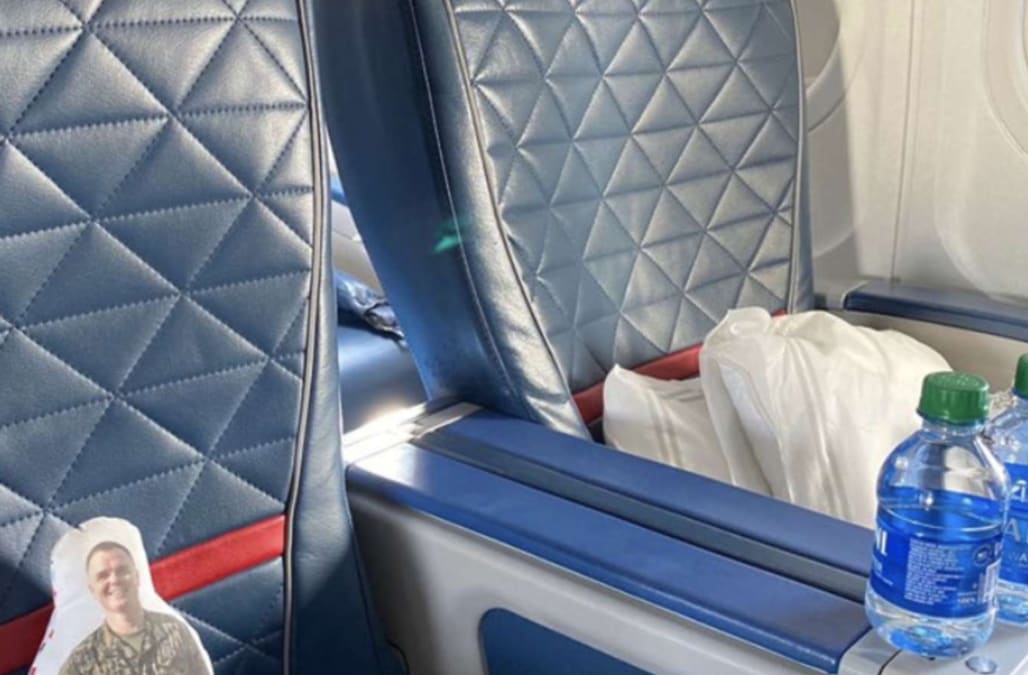 Delta Air Lines reunited a little girl with a very sentimental and important toy after she lost it on a flight between Connecticut and Florida last week.

18-month-old Kenley Britton had a stuffed doll with a picture of her dad in his military uniform on it. According to Kenley's mom, Arielle, who posted on Facebook on Feb. 6, the doll also had a recording of her dad's voice wishing her goodnight.

"Hi, I’m Kenley’s daddy doll. I go everywhere she goes because her dada is deployed. We were traveling back home yesterday and I seemed to have gotten lost somewhere between the Hartford Connecticut airport and the Atlanta airport," the post said.

This doll is of Kenley’s dad, and was lost somewhere between the Hartford, CT and Atlanta, GA airports. She was flying ⁦@Delta⁩ with her mom. It has a recording of her dad’s voice inside. Have you seen it?? ⁦@BN9⁩ pic.twitter.com/aho9wChM46

In a sweet conclusion, Delta tweeted on Friday, Feb. 7 that they found the doll.

"Thanks to all of you for sharing and the incredible Delta employees, daddy doll has been found and is making his way home!" read an update on Britton's initial Facebook post.

Hopefully now Kenley and her doll are reunited again.