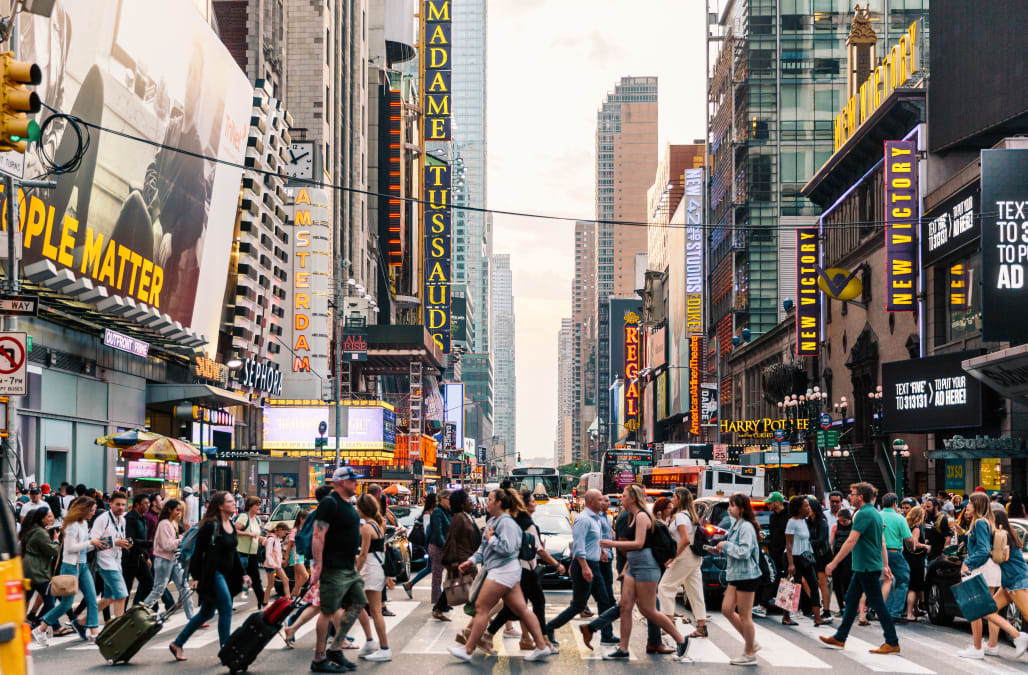 The Trump administration’s war on so-called sanctuary cities and states is being taken to a new level, with a court battle looming in New York over a rule that may keep hundreds of thousands of residents from enrolling in a program meant to speed reentry in the country from abroad. In some parts of the country, local law enforcement officials are being pressured or even threatened, to defy laws meant to protect immigrants.

On Monday evening, the U.S. Department of Justice announced it had filed several new lawsuits against the states of California and New Jersey for state policies that ban the use of private detention facilities and prohibit state officials from sharing information with Immigration and Customs Enforcement, respectively. Another lawsuit also filed Monday against Washington state’s King County, which includes Seattle, challenges a policy prohibiting ICE contractors from using the King County international airport to deport or transfer detained immigrants within the country.

Attorney General William Barr announced the latest legal actions while speaking at an event for the National Sheriffs’ Association, implying that more would likely be on the horizon as DOJ plans to review “the practices, policies, and laws of other jurisdictions across the country,” as well the “the actions of certain district attorneys who have adopted policies of charging foreign nationals with lesser offenses for the express purpose of avoiding the federal immigration consequences of those nationals’ criminal conduct.”

On Friday, New York Gov. Andrew Cuomo and Attorney General Letitia James announced that the state would sue the Trump administration over a new rule by the Department of Homeland Security that would block New York residents from enrolling or renewing their membership in Trusted Traveler Programs, including Global Entry, which expedite screening at airports and border crossings for pre-approved travelers.

“This is political retribution, plain and simple,” James said of the move by DHS, which was announced last Wednesday on Fox News by acting Homeland Security Secretary Chad Wolf one night after Trump’s State of the Union address, where he railed against New York and other sanctuary cities. Wolf informed state officials of the decision in a letter Wednesday, blaming it on the state’s new Driver's License Access and Privacy Act, better known as the Green Light Law. The act, which went into effect in December, allows undocumented immigrants to obtain driver’s licenses and prohibits the state Department of Motor Vehicles from sharing information with federal immigration authorities except by court order.

But Cuomo and other state officials dispute that point, noting that criminal records, outstanding warrants, and other information included in the DMV database is still accessible to DHS via the FBI.

“There is no rational basis for this politically motivated ban,” Cuomo said in a public statement Friday, accusing the Trump administration of “extortion.”

On a call with reporters last week, acting deputy Homeland Security secretary Ken Cuccinelli told reporters that applications by 50,000 to 80,000 New Yorkers to one of the Trusted Traveler Programs would be rejected. By the end of 2020, he said, roughly 175,000 New Yorkers will be kicked out of the Trusted Traveler Programs when their current memberships expire. The change will also affect approximately 30,000 commercial truck drivers, who will lose access to an automated screening system that allows them to quickly pass back and forth through Ports of Entry along the border between New York and Canada.

These are “all unfortunate consequences of New York’s Green Light Law,” said Cuccinelli. He cautioned other states against adopting similar policies, and urged state lawmakers in New York to revoke their law. “If they don't, folks in New York are going to gradually see a greater impact on [their] convenience of travel,” he said.

The move to ban New York residents from these Trusted Traveler Programs is just the latest, and arguably most aggressive escalation of the Trump administration’s ongoing efforts to penalize states, cities and counties where officials have adopted policies to limit cooperation with federal immigration officials.

Since the early days of his campaign for president in 2016, Trump has regularly railed against sanctuary cities like New York and San Francisco, accusing them of providing safe havens for violent criminals in the country illegally.

But in the context of immigration, “sanctuary” is an ambiguous, highly political term that covers any state and local policy designed to limit cooperation with federal immigration officials.

The most common type of sanctuary policies are those that prohibit local law enforcement from detaining people on ICE’s request after being released on state or local charges. The practice of issuing detainers has created legal problems for local law enforcement agencies. In the years before Trump took office, multiple federal court rulings deemed the ICE detainers unconstitutional, prompting hundreds of cities and counties around the country to adopt policies against complying with them.

These policies do not affect the ability of states to prosecute and punish crimes, only what happens to defendants when they are released.

“If someone commits manslaughter, someone commits arson or any whole host of crimes, the local criminal justice system is going to bring people to justice,” John Amaya, who served as deputy chief of staff at ICE under the Obama administration. Amaya expressed frustration over Trump’s characterization of sanctuary cities as places where “no one is being punished for crimes being committed.”

“It misrepresents the idea that, by virtue of these individuals not being transferred into ICE custody, they’re essentially getting away with murder,” said Amaya. “That couldn’t be further from the truth.”

But from its earliest days, the administration has based its immigration policy on this misleading premise, since one of Trump’s earliest executive orders called for the expansion of controversial partnerships between ICE and local law enforcement agencies. Although an early attempt by former Attorney General Jeff Sessions to cut off federal funding to states and cities with sanctuary policies was quickly blocked in federal court, the administration has continued to seek other means of penalizing jurisdictions that refuse to carry out its immigration enforcement agenda.

In April 2019, Yahoo News reported that, over the previous two years, ICE had apparently begun targeting immigrant communities in these jurisdictions for large-scale enforcement operations, including a series of raids across North Carolina that lasted four days and resulted in 200 arrests. ICE officials said the aggressive approach was warranted by the “dangerous policies” of local officials.

One such official was Garry McFadden, who was elected last fall as sheriff of Mecklenburg County, which includes Charlotte, the state’s most populous city. One of his first acts as sheriff was to terminate a previously existing partnership between the Mecklenburg County Sheriff’s Department and ICE, quickly making him the subject of the federal immigration enforcement agency’s ire.

“I’ve been receiving threats since I got in office,” McFadden told Yahoo News last week. In recent months, McFadden has become increasingly concerned for his safety and that of his family, as ICE officials have publicly blamed him for releasing violent criminals into the communityby not honoring ICE detainers.

“I go to church with a gun. I go to the movies with a gun. I grill with a gun. I am preparing for whatever’s gonna come to me,” he said, accusing ICE of creating “hysteria” and “confusion” among the public through misleading press statements and social media posts that spotlight people on ICE’s radar who’ve been arrested for violent crimes in Mecklenburg County and other “non-cooperative jurisdictions.”

“They blame me for any harm that may come to a family member,” said McFadden, emphasizing that it is not up to him but rather a judge or state magistrate to decide when to release a person who’s been charged with a crime.

Though McFadden accused ICE of “fueling the fire,” he also noted that tensions have been particularly heightened by politicians like Rep. Dan Bishop, a Republican from Charlotte who, along with Vice President Mike Pence, criticized McFadden’s “reckless policies” during his special election campaign for Congress last fall.

During his State of the Union address on Tuesday night, Trump made clear that sanctuary cities would once again be in his crosshairs as he campaigns for reelection in 2020, calling out last month’s arrest of an undocumented Guyanese man accused of raping and murdering a 92-year-old woman in New York City, as he pledged to work with Congress to pass legislation allowing victims or their families to sue sanctuary cities. ICE has posted alerts on social media showing the photos and names of undocumented immigrants arrested on criminal charges in sanctuary jurisdictions, with the label “Public Safety Threat.”

“What’s really troubling is the president is picking up right where he left off after calling everyone coming across the border from Mexico a criminal and rapist,” said Amaya, echoing McFadden’s fears. “Now [he’s] using the bully pulpit of the presidency to expand on it, and calling for people to take matters into their own hands.”

More from Yahoo News:
Manchin to Trump: I'm no Munchkin, and by the way, you're 'much heavier than me'
Biden: Trump ‘should be pinning a medal on Vindman’
White House fires impeachment witness Vindman in ongoing purge