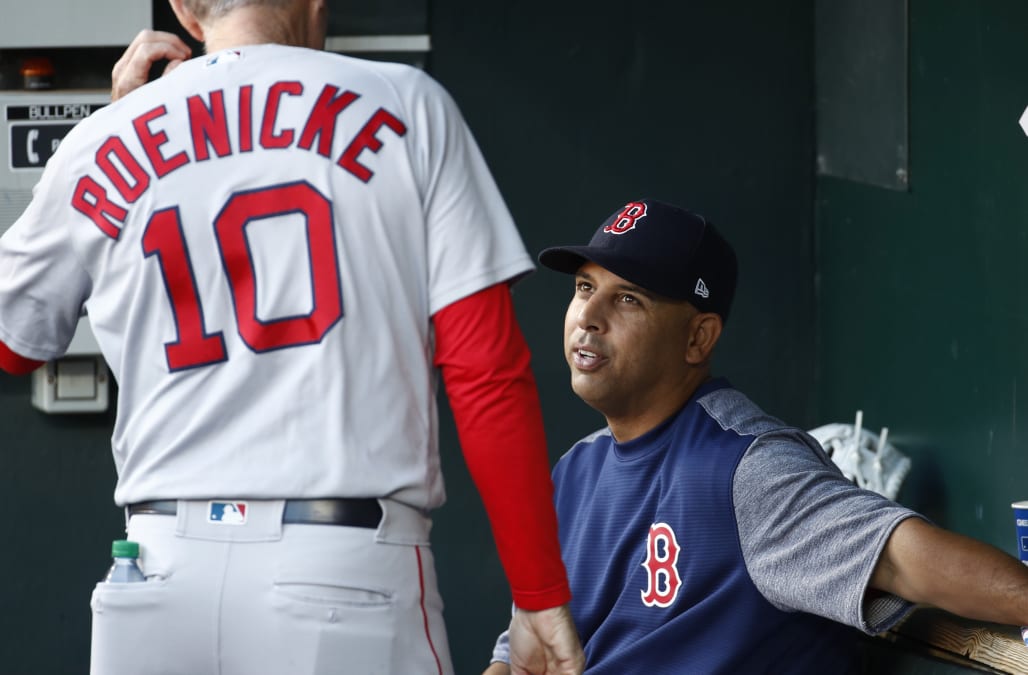 The Boston Red Sox unexpected managerial search is over. According to Alex Speier of The Boston Globe, Ron Roenicke will become the 48th manager in franchise history.

But he’ll do so with a twist. The Globe reports that the Red Sox are only naming Roenicke — their bench coach for the past two season — as their “interim” manager, which adds a bit of mystery to things. Nonetheless, Rob Bradford of WEEI reports that the Red Sox have notified their other candidates, so it sounds like Roenicke gets a full year to prove himself and not just a spring tryout for the job.

Got confirmation of @alexspeier report that Roenicke will be interim manager. Candidates have been notified.

Roenicke’s hiring comes after Alex Cora was fired on Jan. 14 for his connection to the Houston Astros sign-stealing scandal. The Red Sox are also under investigation for a separate sign-stealing scheme that allegedly occurred under Cora’s watch during the team’s run to the 2018 World Series. The team could still face punishment from MLB.

The move comes after a busy week in Red Sox news, in which they agreed to trade Mookie Betts and David Price to the Los Angeles Dodgers only to see the move held up for six days because of medical concerns about a prospect they were getting back. The re-worked deal was finalized Monday, as the team maintained that it can compete in 2020 without Betts and Price.

This was already going to be a tough job for a new manager to walk into, but doing it without the Red Sox’s best player will only make it tougher.

When their manager search started, CEO Sam Kennedy said the Red Sox were looking for “someone who fits the culture and has a knowledge of what it's going to take to put a championship team on the field in 2020." The Red Sox clearly feel Roenicke fits that bill and will be capable of handling the fallout.