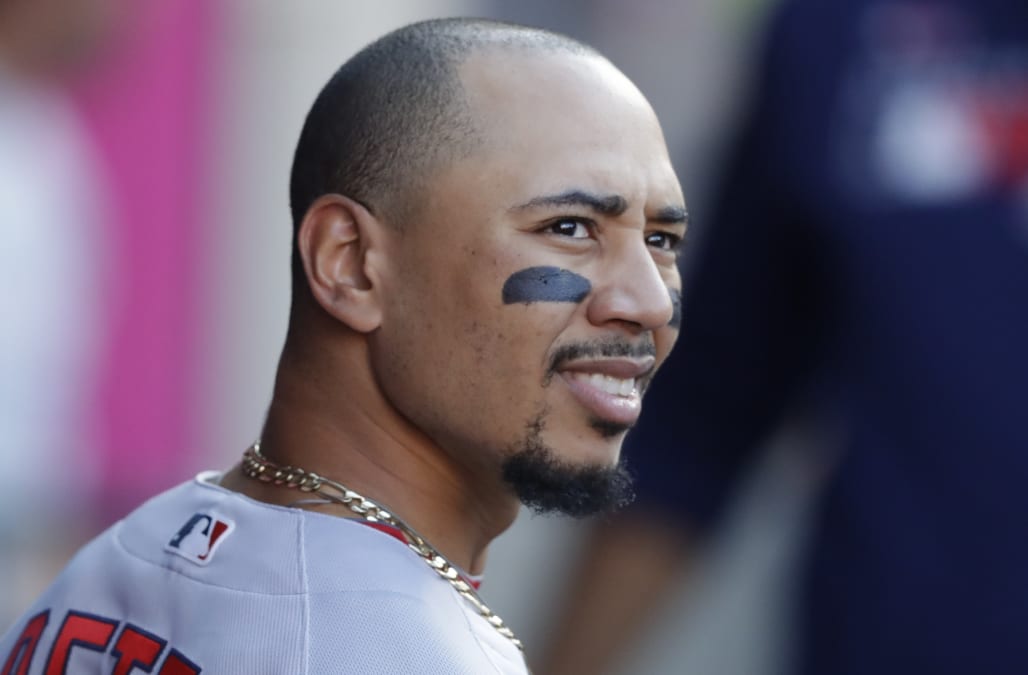 The Mookie Betts trade is finally, no-backsies official after a week of protracted negotiations.

The former MVP will join the Los Angeles Dodgers, who have solidified their place as the superpower of the National League in 2020. The Boston Red Sox will receive young outfielder Alex Verdugo, shortstop prospect Jeter Downs and catching prospect Connor Wong, then ... hope for the best in 2020.

Trading players like Betts and high-priced starting pitcher David Price while getting just one major leaguer in return usually comes with the expectation that the team will be worse the next year, but Red Sox chief baseball officer Chaim Bloom said Monday he expects the team to at least be competitive.

Bloom: “it’s reasonable to expect we’re going to be worse without them.” But they still think they will be competitive in 2020 without Betts and Price.

Bloom somewhat clarified his proclamation in a statement tweeted by the Red Sox, saying “we fully expect to compete for the postseason in 2020.”

The Red Sox almost definitely won’t be competing for the AL East crown, given they were an 84-win team last year and will be trying to chase a 103-win Yankees team that just signed Gerrit Cole. Even the second wild-card spot will be difficult between last year’s wild-card teams, the Tampa Bay Rays and Oakland Athletics, staying good and teams like the Los Angeles Angels and Chicago White Sox making major moves this offseason.

Betts and Price were worth a combined 8.7 bWAR last year, and returned only one MLB player in Verdugo. The bigger question might be if the Red Sox finish above .500.

That fall isn’t going to make Boston fans anymore happy with the team’s leadership, as they insist that trading away their best homegrown player in decades is the best for the team’s present and future.

Henry: “In trading a great player, a beloved player, we recognize how incredibly difficult this is for fans who fully understand just how special Mookie is."

Bloom even went so far as to say that the team would still have considered trading Betts even if the competitive balance tax were less of a factor.

Bloom said that even if the Red Sox were only $5 million over the CBT threshold he would have still considered trading Betts in the cause of long-term sustainability.

Only time will tell if offloading Betts and Price was the right move, at least on the baseball side. We already know it’s going to work out for the team ownership’s bank accounts.