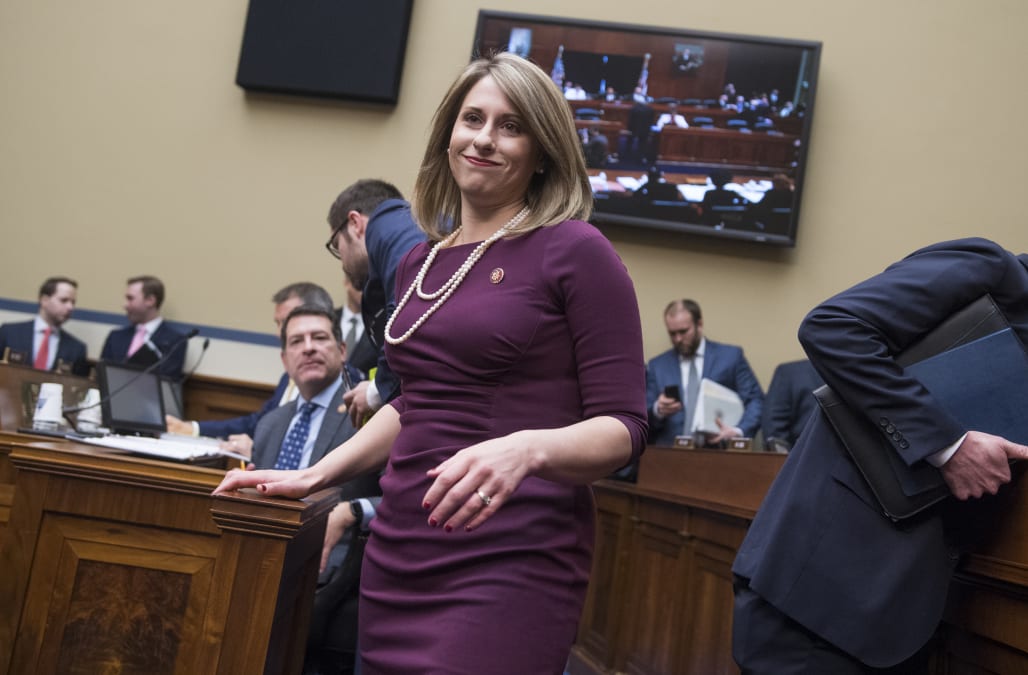 When does Katie Hill think the United States will have a woman president? “F***ing soon it needs to happen,” she declared.

On Tuesday, the 32-year-old, who was elected to California’s 25th Congressional District in 2018 with the Wave of Women, announced how she’s going to help break that glass ceiling: launching a PAC called Her-Time.com, which is starting its efforts with nearly $1 million in the bank in order to get more women into office, focusing on young people.

“That belief that we have to change our society and that we have to change who is in power and change the motivations that are behind power and behind who is getting into office and my mission in that regards has not changed,” Hill said of why she’s staying in politics, an industry that she left in October 2019 after a conservative blog released intimate photos of her.

The goal of the new PAC is not only to support higher office seekers, Hill said, but women and allies who are not your typical candidates. “These are people who were not planning their whole lives to run for office. They are people who are nurses, who are moms, who are way too young according to traditional ideals of who should run for office. We're starting that work and I'm going to dive all the way in.”

Hill, who was a victim of “revenge pοrn, cyber-exploitation by my bitter ex-husband,” is warning women not to be scared off from getting into government based on what happened to her. “We need women to run and we need women to step up to the plate. We need women to be in leadership positions and to take those risks knowing that this kind of thing might happen,” she noted.

“The more that women stand up, the more that they will try to take us down,” she continued. “They see us as angry and if they see us as leading some kind of a revolution that's going to dismantle the power structures that exist now then they're afraid of us and they're going to use whatever tactics that they can to tear us down.” The advice that she’d give to anyone considering a campaign for office is that “the only way to permanently fix that problem is to get to the point where we have an equal number of women in power.”

More women, Hill hopes, like Speaker of the House Nancy Pelosi, her friend and mentor. “I don’t think there’s a single person who could be speaker against Donald Trump like she could have,” she said of Pelosi’s work over the past few years, especially how she’s navigated the impeachment. “She’s an incredible tactician.”

More from Yahoo Style:
Does your rescue pet suffer from anxiety? These are the tools and foods you need to help your dog cope
How to make sure your cats and dogs can peacefully coexist in your home
The only travel accessories you need for packing the perfect carry-on bag