Trump tells Utah gov about Romney: 'You keep him. We don't want him' 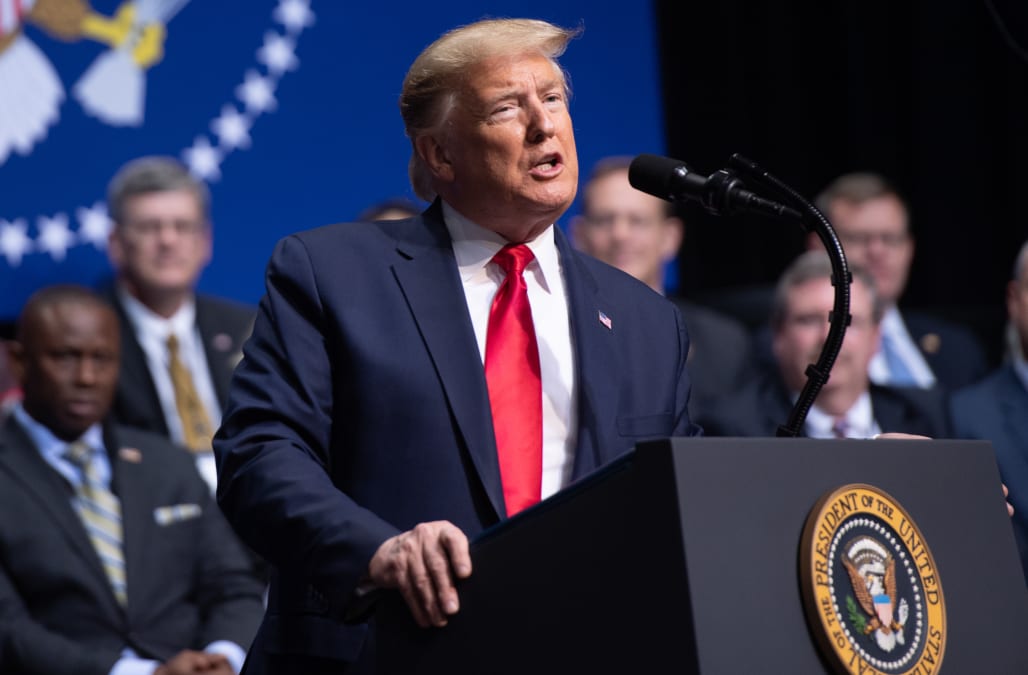 Trump, who's repeatedly criticized fellow Republican Romney since he voted last week to convict Trump for abuse of power at his Senate impeachment trial, still had the Utah senator on his mind when the governor tried to ask him a question at a White House event.

Herbert, who was at the White House for an event with the nation's governors, didn't respond to the dig, and asked Trump a question about reducing the deficit.

When Romney announced how he'd vote in the impeachment trial on the Senate floor last week, he noted that he had taken "an oath before God" when he was sworn in at the trial and said the evidence showed Trump's dealings with Ukraine were "grievously wrong."

"I am sure to hear abuse from the president and his supporters," Romney said. "Does anyone seriously believe I would consent to these consequences other than from an inescapable conviction that my oath before God demanded it of me?"

That explanation didn't sit well with the president, who said the next day at the National Prayer Breakfast, "I don't like people who use their faith as a justification for doing what they know is wrong."

Many Utah Republican voters told NBC News over the weekend that they respected Romney's decision.

"I have kind of come to terms that even though he hasn't voted in a way that people say represents his party, the fact that he voted true to his conscience and over his party is a great thing," said one, Kelsey Malin, 28.

More from NBC News:
Trump claims Pelosi broke the law by ripping up his State of the Union speech. That's false.
Vindman, who gave key impeachment testimony, 'escorted' from White House
Pelosi unleashes on Trump: 'I shredded his state of his mind address'