Security footage shows Kobe Bryant's helicopter vanishing into thick LA fog moments before it crashed, killing all 9 people on board 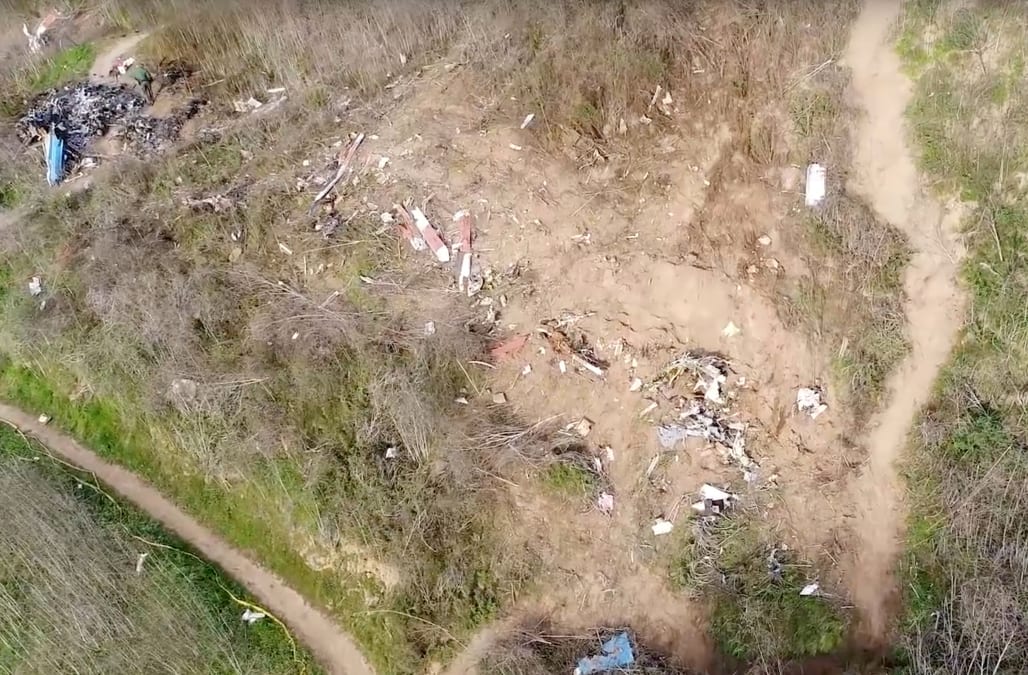 This image shows Kobe Bryant's helicopter vanishing into heavy fog over Los Angeles, moments before it crashed and killed everyone on board. It was taken by a security camera around one mile from the crash site in Calabasas, California. It was included in a National Transportation Safety Board report on the crash issued Friday.

It shows the helicopter, a Sikorsky S-76B with the registration N72EX, barely visible in low cloud, close to the 101 highway.

The report did not give a precise time the image was taken. Given the speed of the helicopter at the time of the crash, said to have been as high as 180mph, it was likely taken within two minutes of the crash time of 9:45 a.m. on January 26.

Describing the image, the NTSB report said it was "a still frame from a security video obtained from a road maintenance yard adjacent to Moreau Road and Highway 101 depicting the helicopter proceeding westward along the highway and disappearing into the clouds."

The crash killed all nine people on board. Bryant was flying with his 13-year-old daughter Gianna and six other passengers. The pilot's name was Ara Zobayan.

The Friday NTSB report concludes that there was no problem with the engine or rotors at the time of the crash. It said that physical evidence from the crash site suggested all the rotors were spinning as normal at the time of impact.

That new evidence appears to further bolster the theory that the poor visibility was mostly to blame for the crash.

NOW WATCH: Most maps of Louisiana aren't entirely right. Here's what the state really looks like.