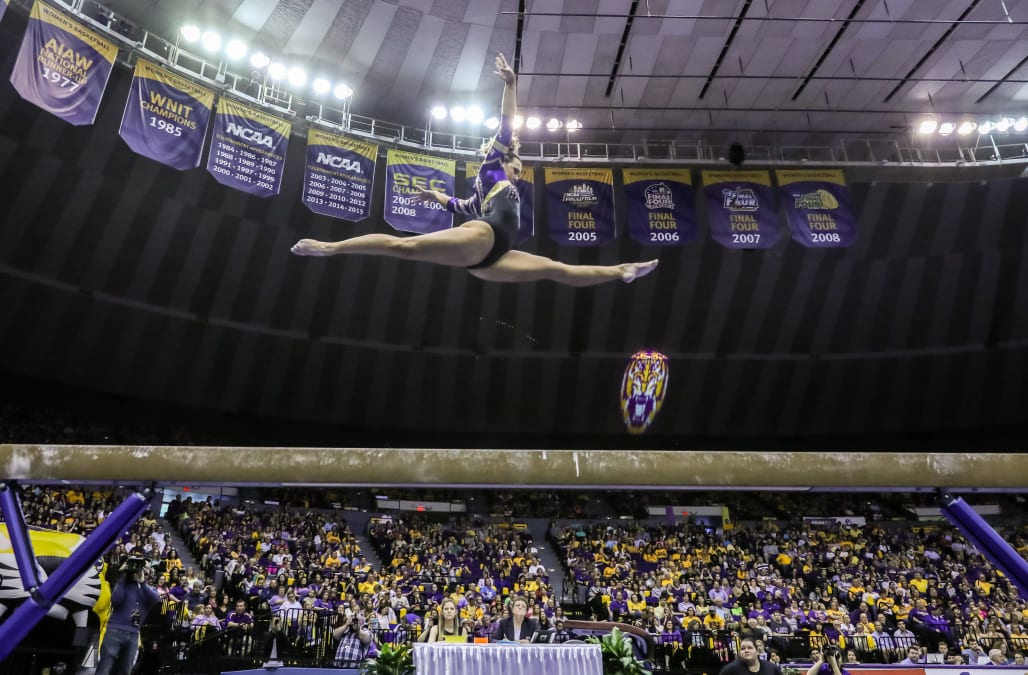 An off-the-cuff but inappropriate comment about an upcoming NCAA gymnastics competition has placed Barry Booker, an SEC Network basketball analyst, in hot water with his employer.

As Cross mused the meet could be a good Valentine’s Day activity, Booker countered that his interest was in the “scantily clad girls.”

"Go hang out with the ladies.... I mean... I wanna go see some scantily clad girls" - Barry Booker @SECNetworkpic.twitter.com/KnlYJZJ3KE

Cross immediately countered with a loud “No!” and said the competitions are “one of the great family atmospheres in all of college athletics,” but Booker continued laughing.

The comments received an official response a day later, with SEC commissioner Greg Sankey and the SEC Network both releasing statements calling them “inappropriate.” The network said it would handle the matter internally, while Sankey said the conference is in communication with the network and its parent, ESPN.

The comments made during yesterday’s telecast were inappropriate and unacceptable. We take this matter seriously and are addressing it internally. SEC Network respects all student-athletes, and is committed to showcasing women’s sports with the utmost regard. https://t.co/SDjKD5JREP

One former Arkansas gymnast, Sydney McGlone, condemned the comments and welcomed the news that Booker would be reprimanded. She expanded on the harm of such comments to The Washington Post:

“I was mostly disappointed with the comment due to the ill intent and the sexualizing of a sport that has already faced so much when it comes to sexual abuse,” McGlone, 22, told The Post in a text exchange. “A lot of times gymnasts are already seen in a negative manner for what we have to wear, and the fact that a trained professional would make such a comment was just discomforting!”

Booker also reportedly apologized for the comments later in the broadcast.