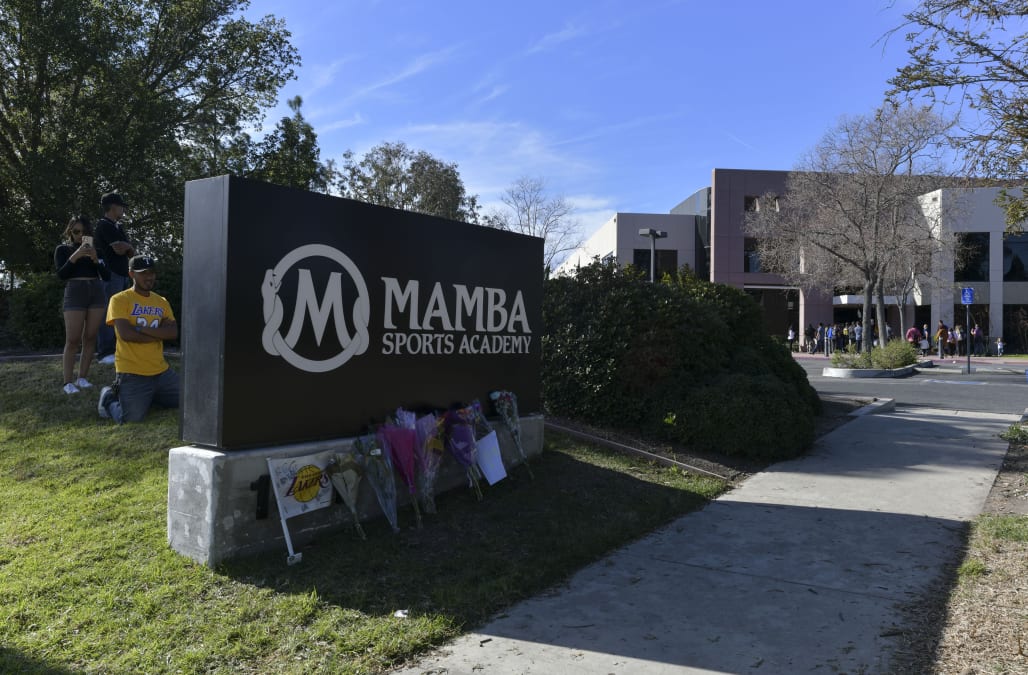 January 26 was a hard day for athletes, employees, and friends of the Mamba Sports Academy, a training gym co-owned by Kobe Bryant in Thousand Oaks, California.

The former NBA star was en route via helicopter with his 13-year-old-daughter, Gianna, and seven others to the academy, where Gianna and her team had a basketball game.

They never made it. The helicopter went down just before 10 a.m. PT and there were no survivors.

At the Mamba Sports Academy, Sherri Rosenthal told The New York Times she remembered hearing about the news while she was with her 15-year-old son, Blake.

"I walked up to a young lady that was working there and showed the text I just received," Rosenthal explained to the Los Angeles Daily News. "She looked at me like I was crazy. I then showed it to a couple other gentlemen that looked familiar, they didn't believe me either. As I looked up, everyone around seemed to be getting the same news. All the games stopped."

Once news got around, the gym was filled with crying and screaming, according to reports.

"It was horrible inside," Mamba Sports Academy employee Madison Murray told the Los Angeles Daily News. "So silent you could hear a pin drop. It didn't make sense. Everyone was doing the same thing in groups praying and crying."

Academy coach Mike Noble and his son were reportedly planning to head out to see Bryant at the game that day when they got the news.

"I dropped to my knees right there," Noble told the Los Angeles Daily News. "I never made it to the door, never made it out of the house. We stayed home and watched all the coverage. I was devastated. I had just seen him the day before. It was all fresh to me."

The New York Times reported that once more people had heard the news, they all came to Court 4, where Gianna's team, the Mambas, would play.

"Everybody on their knees. Let's pray," Britteny Gregory, the mother of a player, reportedly instructed the crowd. People listened. The games were canceled for the rest of that Sunday and the facility remained closed for the next few days.

"Kobe Bryant was so much more than a partner in Mamba Sports Academy," the Academy wrote in a statement. "He was a caring father, husband, coach, and champion of youth sports. We mourn not only one of the greatest athletes of all time, but an active and engaged member of our community, and a visionary whose impact was only beginning to be felt by society."

SEE ALSO: People are slamming sneakerheads who are jacking up the prices of Kobe Bryant shoes in the wake of his sudden death, and it reveals a darker side of sneaker culture